One nation, one ration

WHAT IS THE ONE NATION, ONE RATION SCHEME?

COVID-19 pandemic has caused havoc in the lives of people; the governments as well as the citizens are struggling to cope up with this crisis situation. But in the absence of basic income and food security one of the most affected classes is the one of migrants.

According to the 2011 census, there are 45 crore internal migrants who accounted for 37% of the population; it shows the gravity of situation in Indian scenario.

Thus, this scheme will be instrumental in the welfare of migrant workers and play a vital role in averting migrant crisis that exist today.

Finance minister NirmalaSitharaman while announcing the scheme said that the scheme is expected to benefit 670 million people in 23 states.

RATIONALE OF THE SCHEME:

IMPLEMENTATION OF THE SCHEME: 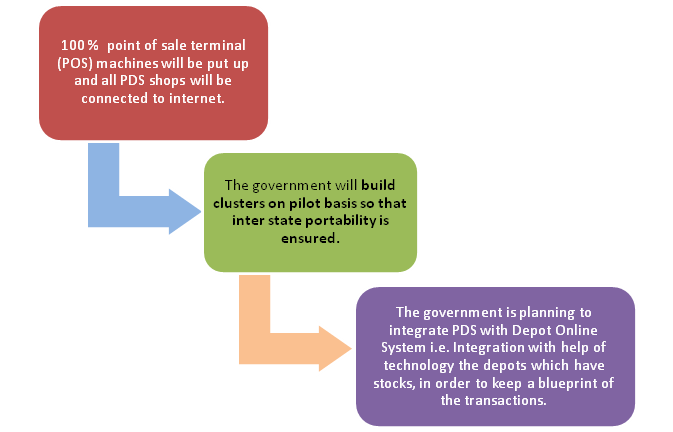 BENEFITS OF THE SCHEME: