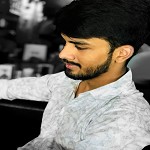 Who is Computer Baba?

• Namdeo das Tyagi, also known as Computer Baba, hails from the city of Indore, MP. He is an environmentalist who is popularly known for his plantation drives and raids in illegal sand mines.

• Computer Baba along with mahant Yogendra in March 2018 decided to start Narmada Rath Yatra. But soon, he was invited to the Chief minister’s office and after which a committee was formed to look after conservation and cleanliness campaign along river banks.

• In April 2018, he was given ‘Minister of State’ status by Shivraj lead BJP government.

Why was he arrested?

• Computer Baba was formally arrested on Nov 12 for intentionally obstructing official work and manhandling a panchayat staff in Indore on November 08.

• Namdev Tyagi along with some of his supporters were detained for protesting against demolition drive of Indore administration.

• His ashram was demolished on account of alleged illegal construction in Ambikapuri temple & encroachments in nearby Super Corridor area. The administration is also suspicious of his bank accounts and other property.

• Computer Baba is in jail since November 08 for obstructing official work under Section 186 of IPC.

• A complaint from the secretory of village panchayat of Gandhinagar, MP was also filed against him for manhandling, abusing and ill-treating a member of Panchayat under Section 353 of IPC.

• The criticism comes from Congress leader Digvijay Singh who had criticized the action taken against Computer Baba and termed it as political vendetta.

• Section 186 of IPC talks about obstructing public servant in discharge of public functions. The section says that whosoever will hinder public servant from carrying out public duty, he/she will be charged with imprisonment of three months or fine extended to rupees 500 or with both.

• Section 353 of IPC prevents public servants if anyone assaults or uses criminal force against them while they’re discharging their public duty.

What do you think of the arrest? Is this really a political vendetta? Tell us more about your views in the comment section.