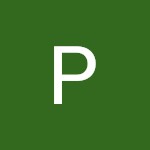 • Once a court takes cognisance of a corruption case investigated by the CBI, it cannot be set aside for lack of the State government's prior consent for the probe against some of the accused, unless it is shown that it has resulted in prejudice, the Supreme Court has held.

• A Bench of Justices A.M. Khanwilkar and B.R. Gavai said the cognisance and trial in a CBI case against public servants " cannot be set aside unless the illegality in the investigation can be shown to have brought about miscarriage of justice" .

• Thus, if the State had given a general consent to CBI investigation in a corruption case and cognisance has been taken by the court, the case cannot be set aside unless the public servants plead that prejudice has been caused to them on account of non-obtaining of prior consent under Section 6 of the Delhi Special Police Establishment Act.

• The judgment came in appeals challenging a judgment passed by the Allahabad High Court in August 2019 against the Fertico Marketing and Investment Private Limited and others.

Observations by the Court

• In its observations, the court underscored that the CBI cannot extend its powers to any State unless the State government grants its consent.

• " Section 5 enables the Central government to extend the powers and jurisdiction of Members of the DSPE beyond the Union Territories to a State, the same is not permissible unless a State grants its consent for such an extension within the area of State..." the court said. This arrangement, it said, is in tune with the federal character of the Constitution.

• The High Court had noted that the Uttar Pradesh government had granted post facto consent against the two public servants who were later named in the chargesheet and that was sufficient for proceeding with the case.

• Upholding the order, the apex court said, " In the result, we find no reason to interfere with the finding of the High Court with regard to not obtaining prior consent of the state government under Section 6 of DSPE Act," the apex court held.

• Section 6 - Approval of Central Government to conduct, inquiry or investigation.— (1) The Delhi Special Police Establishment shall not conduct any inquiry or investigation into any offence alleged to have been committed under the Prevention of Corruption Act, 1988 (49 of 1988) except with the previous approval of the Central Government where such allegation relates to— (a) the employees of the Central Government of the level of Joint Secretary and above; and (b) such officers as are appointed by the Central Government in corporations established by or under any Central Act, Government companies, societies and local authorities owned or controlled by that Government. (2) Notwithstanding anything contained in sub-section (1), no such approval shall be necessary for cases involving arrest of a person on the spot on the charge of accepting or attempting to accept any gratification other than legal remuneration referred to in clause (c) of the Explanation to section 7 of the Prevention of Corruption Act, 1988 (49 of 1988)].

History of the Case

• The CBI had, in March 2011, conducted a surprise raid at the premises of Fertico and found that the coal purchased under the FSA was sold in the black market. It was further found that this was done in connivance with the unknown government officials which led to loss of Rs.36.28 crore to the Central government.

• Cases were registered against Fertico Director and unknown officials of the District Industries Centre (DIC).

• Investigation revealed that these two officials had abused their official positions and fraudulently and dishonestly sent false status reports regarding working conditions of the accused companies and thereby, dishonestly induced the Northern Coalfields Limited to supply coal on subsidized rates, for obtaining pecuniary advantage.

• The UP government had, in 1989, granted general sanction to the CBI to investigate cases under Prevention of Corruption Act against private individuals.

• In this case, the State government granted sanction to the CBI to prosecute the two government officials, Ram Ji Singh and Yogendra Nath Pandey under Section 19 of the Prevention of Corruption Act by an order May 31, 2012.

• Subsequently, post-facto consent was given by the State Government vide notification of September 7, 2018, under Section 6 of the DSPE Act to the CBI to investigate the two public servants.