What issues will influences the student facing criminal case

What issues will influences the student if he/she is a student and studying BE in a reputed engineering College and unfortunately one the accused in criminal case U/s 325,307, 405,417, 420 of Indian Penal Code, 1860. He/She was granted anticipatory bail from the Hon’ble court. The criminal case is pending for adjudication before the Hon’ble court.

In India, if the student is accused in an FIR related to a major offence (Assault, Attempt to Murder, Rape, Attempt to Rape, Sexual Assault) he is said to have a Criminal record against him.

Coming to the rescue of students who may face difficulty in landing a job because of police cases for leading protests, the Supreme Court had ruled that petty offences of the past, like shouting slogans, in the curriculum vitae should not ordinarily be a ground to deny a job. Petty offences don't affect much. But the offences for which the punishment which may be not less than 1 year may affect. But as we can see you have a criminal record under sections 325,307, 405,417, 420 of Indian Penal Code, 1860 out which 307,325 are not at all petty offences, as the punishment for offences like attempt of murder and voluntarily causing hurt is up to 7 years and may extend more.

If the student has criminal charges against him in a court, the student may face constant problems including:-

I hope this resolves your query.

Whether  Technical University or Engineering college impose restriction on taking exams for student is accused in a FIR related to U/S 307 & 325.

Thank you so much Mr. Om Prakash Sir.

If the complaintee intimate to college principal and VTU university along with FIR, CHARGE SHEET & Anticipatory bail Certified copies what would be the action from both College Principal and VTU. The student will be in final semister of BE.

If the accused are convicted then they would be debarred from every govt. jobs and no private firm will employe a criminal. The career will be ruined totally. Even involvement in such henious crime would adversely effect their career and will cause a great dent.

can I lodged FIR to wife under section 353

as far as govt job is concerned he is debarred even druing proceedings.  Mere drop of charge on technical ground or compormiose/compounding will not heled.  He can think of govt job only if 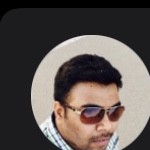 Wether you are student or not this doesn't matter once convicted you will a Criminal.

Sections imposed against you are of serious nature.As case is in trial stage nothing to worry but if convicted your life will be ruined.

Yes there is an option you can approach the Higher courts but it will be a long battle ahead.