(Say no to any amendments in the RTI Act – a call for full and effective implementation)
Jantar Mantar – New Delhi 10 a.m. to 5.00 p.m.
We appeal to you as citizens of India and users of the RTI Act to gather at Jantar Mantar on 14th November from 10 am onwards to protest the government move to the amend the RTI Act. Please join NCPRI and other citizens and people's organization for a day long protest. We will be signing petitions to the PM, Chairperson of the UPA and appealing to other political parties to not amend the RTI Act. We will also ask for appointments to meet the Minister, and Secretary DoPT to submit our memorandum against any amendments, and to ask the government what its specific intentions are on this issue.

In a letter (dated 20th October 2009) addressed to the Prime minister, Dr. Manmohan Singh, eminent citizens from all walks of life have urged the government to abandon this ill advised move to amend the RTI Act. Instead, a request has been made to initiate a public debate of the problems that it might be facing in the implementing of the RTI Act and take on board the findings of the two national studies that have recently been completed. It is only through such a public debate that a lasting and credible way can be found to strengthen the RTI regime.

The RTI Act has just completed 4 years. In these four years, the Act has been used extensively by citizens to put out information related to public policy, human rights issues and systemic inefficiencies in the public domain. Yet, the Government of India is proposing new amendments to the RTI Act. These amendments are not to strengthen the law or improve its implementation. On the contrary, and despite repeated assurances from the Minister, DoPT and the government of India, the proposed amendments, if introduced, will emasculate the RTI Act.

What is being proposed?

Amongst other proposed amendments that have been put forth, are the following extremely objectionable propositions:

1. Introducing an exemption for so called "vexatious and frivolous" applications;
2. Excluding from the purview of the RTI Act access to "file notings" and the decision making process, this time by excluding "discussion/consultations that take place before arriving at a decision".

Current scenario: Use of RTI

Two current nation-wide studies, one done under the aegis of the Government of India and the other by people's organizations (RaaG and NCPRI), have both concluded, that the main constraints faced by the government in providing information is inadequate implementation, the lack of training of staff, and poor record management. They have also identified lack of awareness, along with harassment of the applicant, as two of the major constraints that prevent citizen from exercising their right to information. Neither of these studies, despite interviewing thousands of PIOs and officials, has concluded that the occurrence of frivolous or vexatious applications is frequent enough to pose either a threat to the government or to the RTI regime in general. Certainly no evidence has been forthcoming in either of these studies that access to "file notings" or other elements of the deliberative process, has posed a major problem for the nation. On the contrary, many of the officers interviewed have candidly stated that the opening up of the deliberative process has strengthened the hands of the honest and sincere official.
We hope to see you at Jantar Mantar to join this important initiative to protect this very crucial democratic entitlement for the people.

This is really essential. they are basically watering down the act to mean nothing. File notings are the real deal in governmental gibberish. it seems that to avoid the cost of having an effective and functioning machinery and more training, they prefer amending the act itself! A good idea would be to name and shame those officials of the government who keep stonewalling queries on one pretext or the other. Although personally i cannot be at jantar mantar, i whole heartedly support this cause.

RTI Act will die slow death. They did not imagine that it will open the Pandora's Box and skeletons will start rolling down.

No Government can afford to be exposed. UPA Government spends 300 crores on travels of Ministers. Moily's travel expenes running into lacs not available. Karnataka CM spends 1.7 crores on renovation of house. Puducherry Minsters spend 66 lacs on snacs. We want them exposed. They don't.

CJI is not a public authority. Naturally, because RTI Act extends to the whole of India and Supreme Court is not in India etc. etc.

Just because exemptions have been granted in the United States, United Kingdom and Australia, the same should not be implemented here in India. This is nothing but an attempt to cover up acts of corruption. Rampant  use of the RTI legislation by commoners has indeed threatened those corrupt people in power. If RTI Act is amended, the very purpose of the Act will be lost.

Say No. But who listens to us? The euphoria is dead. The reality has dawned that they are getting exposed. I watched a programme about RTI. A man in Orissa, who asked for some information under RTI, which was not palatable to the power that be, was put behind bars on false charges. In another instance, he was threatened and, hold your breath, bribed to keep his mouth shut. 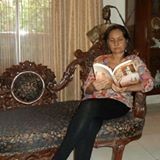 I do not wish that the RTI Act be amended and though I cannot be at Jantar Mantar, because I stay in Pune, my protestations are just as loud and vociferous against any tampering with the RTI Act as it is. Ann Delorme.

It is an insensitive Government. Protest has no value. Naxalites and Maoists are protesting with guns. Yet it does not listen.

Gandhi protested too much. All of them were put behind bars. I would beg to differ with those who would say that because of Gandhi we got freedom. It is not total representation of history. If there was no II World War, India would never have got freedom.