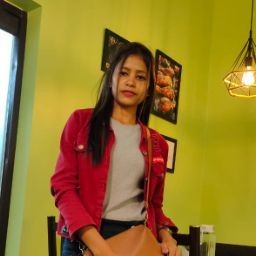 Role of prosecution in criminal trial under CRPC

role of prosecution in criminal trial under crpc

Answering your question ma'am, I will start with who a prosecutor is;

Coming to the Role of Prosecutor in Criminal trial:-

First of all, the Prosecutor has only an advisory role an he has no authority to decide whether a case should be sent up for trial or not however once the case is up for trial then it is for him to prosecute it successfully.

During the trial ma'am, the Prosecutor plays a significant role in trial;

The prosecutors have the responsibility to bring all the witnesses whose evidence is essential to decide the case. To cross-examine the witness and to check that no witness is left unexamined and also to produce all the necessary documents in front of the Court of Law.
3. Burden of proof lies on prosecution:

It is for the public prosecutor to establish the guilt against the accused in the court without any scope of doubt.

On the basis of the facts proved by the oral, forensic and  documentary evidence, the public prosecutor  tries to substantiate the charges against the accused and tries to drive home the guilt against him. If there is a statutory law regarding presumptions against the accused, the public prosecutor draws the court's attention towards that and meshes it with other evidence on record. The prosecutor has a very important role. He has to prove the facts.

He also has to prove the circumstances, and then he has to draw the inferences and convince the court that the arraigned accused alone is guilty of the offences that he has been charged with.

I hope I was able to help you. However, this answer is purely based on internet research.

If you want more clarification on the subject, please consult a professional.

Hello, Greetings of the day!
For the query you posted,
A Public Prosecutor is an officer of the court of Law who helps in the administration of justice. It is obvious from the way that the primary obligation of the Public Prosecutor is to help the court in discovering the facts of the case. The Public Prosecutor should be unbiased, fair, and honest. He ought to act on the directions of the Judge. In performing this role of a public prosecutor, he/she should play his or her part in securing a fair trial for people who are accused of criminal offences. The primary obligation of a public prosecutor is fairness. A fair trial is one that results in Justice, the conviction of the guilty and an acquittal of the innocent.
Hope it helps
Regards,
Sneha Jaiswal