My Name is Aarif and i m planning to buy an agriculture land of an adivasi, Juni shart 1A.

Please let me know the process for both. The land is in Shahapur, Thane, Maharashtra.

no you cannot  purchase agricultural and belonging to adivasi in mahrashtra

Section 36A prohibits the transfer of an occupancy of a tribal in favour of non tribal except with the previous sanction of the Collector (where the period of lease or mortgage does not exceed five years) or with the previous sanction of the Collector and the previous approval of the State Government (in other cases). The transfer of occupancy may be by way of a sale, gift, exchange, mortgage, lease "or otherwise". The legislature has designedly used broad language so as to incorporate all the five recognised modes by which property may be transferred under the Transfer of Property Act, 1882. Significantly the legislature has expanded the ambit of the modes in which property can be transferred by using the words "or otherwise". The plain object of the legislature was to reach out to all modes Chandka 10 NM-S-L-581-11 by which the occupancy of a tribal may be conveyed to a non tribal. The legislature was conscious of the fact that devious methods may be employed to divest tribals of their occupancy and the modes of transfer which are taken recourse to may not conform to the conventional modes for the transfer of property such as by sale, gift, exchange, mortgage or lease. Whatever be the mode of transfer, if the consequence is to effect a transfer of the occupancy of a tribal to a non tribal, the requirement of prior permission would be attracted. The Collector, even when he grants his sanction is empowered to do so subject to such conditions as may be prescribed. A transfer in violation of the provisions of Sub Section (1) of Section 36A would be invalid and of no legal consequence.

Sir Thanks for ur quick reply.

We are also a farmer from karnatak.

Is it possible if a collector is passing the land by getting an approval from the superiors.

As we had discussed with some of the lawyers in shahapur they told if the collector is passing then only same can be possible.

and we should get the lease agreement, Kabza pauti and power of attornee from the land owner.

But i feel problem in land buying because these land has adivashi owner.I contact a property Agent.I look a land for resort.But Problem is MH land revenue 43.Because Agent said me 43 section convert.

Please give me Advice for this adivashi land.

It is possible to purchase a adivashi land by forming a company having a adivashi as a patner in that company.Get we get development right by doing this ?

99 years lease between adivasi to adivasi is allowable in maharashtra.

I come to know from my colleagues that Adivasi's land are allowable on lease for 33 years & earlier it was 99 years & some others are saying earlier it was 33 years now it has been extended upto 99 years please convey me the exact lease period in case of non adivasi's or adivasi. 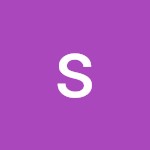 You can purchase, adivasi land .

Can you help me to transfer Adivasi land  in Dist.Paghar . I am an Agriculturists

Contact me i have cheaper land then Adivasi Land