Hello experts, i need your guidance.

My sister got married in 1994 and my brother-in-law was a Govt employ. In 2007 he passed away with heart attack, she got 2 daughters. That time all wowing, loans had cleared and in 2008 my sister got compensatory job.

I said she is a single lady and 2 daughters, she cannot effort to pay that amount.

That manager has refused, and he approached court last week they sent court notice to the place where my sister works saying that salary attachment is applied for Rs 55,000.

Again I went today and said “sir don’t need any complications we are ready to pay 36000 @ 3 installments by January 2017.

Yesterday I met one guy who is son of the sureties. He is saying that “his father has passed away 9 months back, and the corporation where his father use to work has stopped all the employ benefits, saying until you bring the NOC from the concern finance firm we won’t give”.

Here I need your advice on following

You should have consulted a very able counsel.

Wife and son are not liable to pay debt of husband and father. The debt can bed recovered from estate.

Apparently the claim was barred by time.

Part payment might have reset the clock of limitation.

Probably there is some confusion in name and probably it same or other person.

Contest under expert advice of a very able counsel.

If you want to settle, do so under expert advice of a very able counsel.

You may approach a very able counsel specializing in service matters. 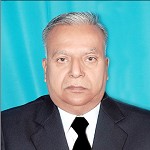 It is understand that debt is time barred. Please do not acknowledge the debt. Go on denying the liability. So far as Guarantee is concerned, it is known as Personal Guarantee (P.G.) where no collateral or equitable mortgage of immovable property is attached.

You must attend the concerned court from where attachment has been issued and file Vakalatnama, collect copy of file to study and file objections to vehementlyoppose the alleged allegations. Court may direct the employer also not to stop payments for which you may file Interim Application in the same case.

Alternatrely, you may propose "ONE TIME SETTLEMENT" (in short OTS), if wish to end the dispute. This can even be moved through court where court may insist the parties to accept and not press the case against you.

THE SAID PERSONS MUST BE HAVING SOME EXPARTE JUDGEMENT OR AWARD AND NOW THEY HAVE FILED FOR EXECUTION OF SAID JUDGEMENT AND AWARD AND HENCE ATTACHENT NOTICE IS SENT BY SAID EXECUTION COURT.YOU DEFEND THE MATER STRONGLY YOU WILL SUCCEED.

1. YOU MAY FILE A WRIT PETITION BEFORE HIGH COURT MENTIONING ACTUAL FACTS AND PRAY FOR STAY AND QUASHING THE IMPUGNED NOTICE OF ATTACHMENT OF SALARY OF SAID PERSON.

2. YOU MAY ALSO PRAY THAT YOU ARE READY AND WILLING TO SETTLE MINIMUM AND CORRECT DUES AND PRAY FOR REASONABLE INSTALLMENT TO BE ALLOWED.

3. WE  HAD MOVED ONE SIMILARWRIT  PETITION BEFORE DIVISION BENCH OF HIGH COURT OF DELHI AND THE hONOURABLE COURT WAS PLEASED TO STAY AND QUASH THE IMPUGNED NOTICE AND ARBITRATION AWARD AND REASONABLE LONG TERM INSTALMENTS OF 4 YEARS WERE GRANTED TO THE POOR WIDOW OF THE BORROWER.

THIS IS JUST FOR REFERENCE , YOU HAVE TO MENTION THE FACTS OF THE CASE AND COURT WILL PASS JUST AND PROPER ORDER.

Dear all , thank you for all your extraordinary advices. My apologies, because I followed each way of advices. Every one said it is right, but advocate charges ales more then chit people asking to pay. Finally with local political leader recommendations they reduced one time payment and done . Received no due certificate.