A matter was referred by the appropriate govt for adjudication to Industrial Tribunal, after conciliation failed. After about 2 years, few workmen who were afftected party, submitted to the tribunal that they are nor happy withy the PAIRAVI by the Union, hence they may be allowed to represented separately. The Tribunal allowe3d their appkication. Thereafter they raised an Industrial Disputer by  filed another application before the Conciliation Officer. The Conciliation officer issued notice to all parties.

Can a party of a dispute which has already prending at the stage of adjudication raise a fresh dispute on the same subject? 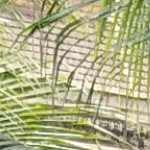 I agree with Prabhakarji. The workmen who affected with dispute can proceed  in the Reference, which is already penidng before the Industrial Tribunal.