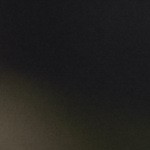 Fraud In the name of Investment!

A Team from Kerala Started a MLM (Multi Level Marketing) business! here they had told us the investment we make is used for projects such as real estate, granite mining and buy and sale of luxury cars! and then they collect money from us and assure us returns on investment! First 2 months went well now we are having lots of problems! they are not paying as well as no response from their side! We have all types of proof such as Account transfer proof, meeting proof, his assurance, his messages, audios etc! how could we deal this! 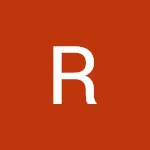 It is preferable to start by issuing a legal notice. In case they still don't compensate you, you will have to file a civil suit for recovery of money paid by you alongwith demand of damages/compensation. Simultaneously you can also initiate criminal proceedings for cheating against them.

Lodge a FIR and also file a case to withdraw all your invested amount from them.

Find out all the victims and through such employees, you can get a list of such local victims, then file a complaint to Collector and Supdt of Police for redressal without expecting an immediate positive result.  You may succeed only if you make effort as a group, you can also involve District Legal Services Authority.  Those groups which are having several thousand members in several states could not get a single rupee even after ruling parties involved and got such court orders decades back.  Govt stepped even in those cases, only after some investors committed suicide.  So first step is forming as a group and pooling certain amounts to seek needed legal/political help and day to day expenses.

What are the legal documentsagreed, executed and registered with the firm ? These documents shall be required to analyse before forming an opinion.

It is better to consult and engage a local prudent lawyer for proper analyses of facts/ documents, professional advise and necessary proceeding.