can a divorce petition be filed within one year of marriage 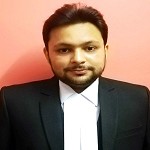 Divorce, as we all know is the separation of both the parties in the marriage. In the recent times the rate of Divorce has increased largely due to various reasons. So, as per the Hindu Marriage Act,1955 the grounds on which the parties to the marriage can file a Divorce petition in the court of law are discussed.
so yes you can file a divorce petition after marriage any time.

Grounds for Divorce as per Section 13 of the Hindu Marriage Act,1955:

Eased to be a Hindu

Divorce by mutual consent can be obtained within six months, but no petition in such a case can be filed within the first year of marriage. There also has to be a gap of six months between the first and second motions. The court can waive this cooling-off period in some cases. So in case of divorce by mutual consent, it usually takes 18-24 months.

In case of a contested divorce, the period is longer, ranging from three to five years because of complications and the possibility that either party can challenge the decision in the High Court and Supreme Court.

Which marriage laws /religion is being practiced by the petitioner i.e., Hindu / Muslim / christian ?

If it may be presumed to be under Hindu Marriage Act, 1955 apply under section 14 of the Act which reads:as:-

14 No petition for divorce to be presented within one year of marriage .

(1) Notwithstanding anything contained in this Act, it shall not be competent for any court to entertain any petition for dissolution of a marriage by a decree of divorce, 28 [unless at the date of the presentation of the petition one year has elapsed] since the date of the marriage: Provided that the court may, upon application made to it in accordance with such rules as may be made by the High Court in that behalf, allow a petition to be presented 29 [before one year has elapsed] since the date of the marriage on the ground that the case is one of exceptional hardship to the petitioner or of exceptional depravity on the part of the respondent, but if it appears to the court at the hearing of the petition that the petitioner obtained leave to present the petition by any misrepresentation or concealment of the nature of the case, the court may, if it pronounces a decree, do so subject to the condition that the decree shall not have effect until after the 30 [expiry of one year] from the date of the marriage or may dismiss the petition without prejudice to any petition which may be brought after the 31 [expiration of the said one year] upon the same or substantially the same facts as those alleged in support of the petition so dismissed.

(2) In disposing of any application under this section for leave to present a petition for divorce before the 32 [expiration of one year] from the date of the marriage, the court shall have regard to the interests of any children of the marriage and to the question whether there is a reasonable probability of a reconciliation between the parties before the expiration of the 33 [said one year].