Husband left wife because of her arguing nature on every small things and fighting in laws if they ask her to do household chores.

After this wife has reported that her in laws and husband asked her dowry and threaten her to kill if demands are not met. She reported this just to make pressure on husband to take her back. Everyone, police or counsellors or neighbours are saying husband to forget and take her back as in court everyone will be in favour of wife. Because of false complaint of dowry demand and threat to kill, the husband is not ready to take her back.

Now as wife has seen that husband is ready to fight against her false complaint, she is pleading and willing to take her complaint back.

Please suggest what the husband should do? Should take her back or fight the case? Settle the case by taking her back on some conditions signed in front of police (does it matter?) Its not sure that she may file such report again in future or may be she start to live properly.

Even if you enter into an MOU n settle the case and the present cases arewithdrawn by the complainant who is the wife shestill retains the right to file a case at any given point of time if the differences arise between both .Hence it is suggested that you contest the case.

(Guest)
SOLOMON.RAJ Sir, Yes that's what husband is saying to everyone. They all accepting that girl made such complaint only to threat or made her husband to take her back and they all pushing husband for not making life of a girl as hell and do compromise and take her back. Does any such signed settlement statements out of the court works inside the court if any other false complaint filed? Also, does court/judge also asks or force husband to take her back by just seeing tears in wife's eyes?

Ask the woman to give statement that she falsely filed complaint in front of the judge and let her with draw the case. The statement will be recorded in front of the judge. make an MOU duly witnessed by her parents and get it notarized. Do not prolong the issue, if the woman ready then take her back. because there is no guarantee that next wife will be better. do not take her granted
1 Like

(Guest)
Hi again 498A victim, The matter has not reached in court yet. However husband already asked wife to write statement that alligations by her are false. She is ready to take complaint back but not ready to write anywhere that complaint was false. Second wife? No chance. Better to die alone rather having a wife which can explode 498A anytime in life.

Try and settle the differences amicably and save the marriage institution.

Be broad-minded and ignore minor incidents.

Fight out the criminal case till end. Such women who are lodging false criminal complaints against their husbands and in-laws need to be taught lesson of life. If she want to withdraw her complaint let her make statement on oath that she lodged false criminal complaint against all of you and you all never committed any wrong against her. After that move ahead with divorce against her that definitely you will get. As far the alimony part is concerned, that court decide on the basis of financial condition of both parties. By compromise with her for divorce will mean paying her huge amount that you shouldn't go for now.
2 Like

Go to hell or heaven don't marry again divorce her immediately .
2 Like 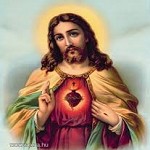 These type of women keep backtracking on their own words till the day they are alive. They will tell something, backtrack, then say something else, all these show that she is not interested in marriage.  You simply give her some money and take divorce.  Money to be given via DD as permanent settlement in court itself.  Give the DD on date of second motion of mutual consent divorce.  Give promissory note that you will pay upfront total agree amount on second motion via DD purchased in her name.  That is the best way ahead.  You dont want to go to jail by accepting her back now and then commiting murder later for insults she did through dowry complaint.