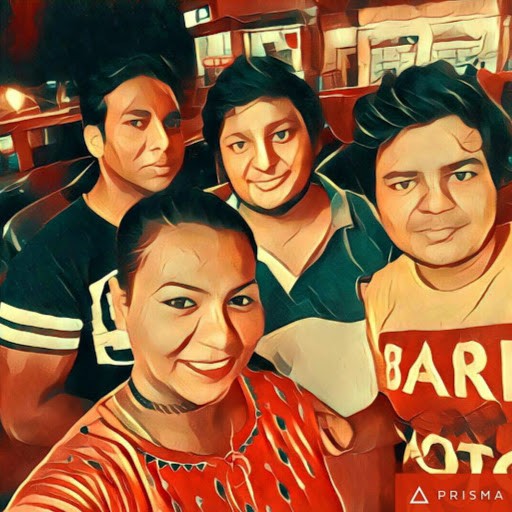 A man named Irshad married a woman of his own religion (Muslim) named Alisha. They both were happily married since last 6 years.
However, Irshad has been a drinker even before his marriage and both the families were aware of this fact but no one raised and issue then, since he even earn more.

Since last week this man has been drinking a lot and have been indulged in abusing both his parents and wife over some issues going on. This has led to situations that a number of times he has stated to get divorce from her wife.
Since, the in-laws of the lady are not having any problems with her, they don't want the divorce to take place or get initiated.

Now the question is, that if they prove that the steps for divorce has been taken due to alcohol will it be cancelled? Is it okay to divorce under the influence of alcohol in Muslim Law?

The category of extra judicial divorce can be further subdivided into three types, namely,
# By husband- talaaq, ila, and zihar.
# By wife- talaaq-i-tafweez, lian.
# By mutual agreement- khula and mubarat.

The second category is the right of the wife to give divorce under the Dissolution of Muslim Marriages Act 1939.

Talaaq: Talaaq in its primitive sense means dismission. In its literal meaning, it means "setting free", "letting loose", or taking off any "ties or restraint". In Muslim Law it means freedom from the bondage of marriage and not from any other bondage. In legal sense it means dissolution of marriage by husband using appropriate words. In other words talaaq is repudiation of marriage by the husband in accordance with the procedure laid down by the law.

There are a few conditions that are requisite for a Valid Talaaq. These conditions are:-
# Capacity,
# Free Consent,
# Formalities and
# Express Words.


1) Capacity: Every Muslim husband of sound mind, who has attained the age of puberty, is competent to pronounce talaaq. It is not necessary for him to give any reason for his pronouncement. A husband who is minor or of unsound mind cannot pronounce it. Talaaq by a minor or of a person of unsound mind is void and ineffective. However, if a husband is lunatic then talaaq pronounced by him during "lucid interval" is valid. The guardian cannot pronounce talaaq on behalf of a minor husband. When insane husband has no guardian, the Qazi or a judge has the right to dissolve the marriage in the interest of such a husband.

2) Free Consent: Except under Hanafi law, the consent of the husband in pronouncing talaaq must be a free consent. Under Hanafi law, a talaaq, pronounced under compulsion, coercion, undue influence, fraud and voluntary intoxication etc., is valid and dissolves the marriage.

Under the Shia law (and also under other schools of Sunnis) a talaaq pronounced under compulsion, coercion, undue influence, fraud, or voluntary intoxication is void and ineffective.

3) Formalities: According to Sunni law, a talaaq, may be oral or in writing. It may be simply uttered by the husband or he may write a Talaaqnama. No specific formula or use of any particular word is required to constitute a valid talaaq. Any expression which clearly indicates the husband's desire to break the marriage is sufficient. It need not be made in the presence of the witnesses.

Talaaq-i-sunnat is considered to be in accordance with the dictats of Prophet Mohammad.

The ahasan talaaq: consists of a single pronouncement of divorce made in the period of tuhr (purity, between two menstruations), or at any time, if the wife is free from menstruation, followed by abstinence from s*xual intercourse during the period if iddat. The requirement that the pronouncement be made during a period of tuhr applies only to oral divorce and does not apply to talaaq in writing. Similarly, this requirement is not applicable when the wife has passed the age of menstruation or the parties have been away from each other for a long time, or when the marriage has not been consummated. The advantage of this form is that divorce can revoked at any time before the completion of the period of iddat, thus hasty, thoughtless divorce can be prevented. The revocation may effected expressly or impliedly.

Talaaq-i-Biddat:
It came into vogue during the second century of Islam. It has two forms: (i) the triple declaration of talaaq made in a period of purity, either in one sentence or in three, (ii) the other form constitutes a single irrevocable pronouncement of divorce made in a period of tuhr or even otherwise. This type of talaaq is not recognized by the Shias. This form of divorce is condemned. It is considered heretical, because of its irrevocability.

Ila:
Besides talaaq, a Muslim husband can repudiate his marriage by two other modes, that are, Ila and Zihar. They are called constructive divorce. In Ila, the husband takes an oath not to have s*xual intercourse with his wife. Followed by this oath, there is no consummation for a period of four months. After the expiry of the fourth month, the marriage dissolves irrevocably. But if the husband resumes cohabitation within four months, Ila is cancelled and the marriage does not dissolve. Under Ithna Asharia (Shia) School, Ila, does not operate as divorce without order of the court of law. After the expiry of the fourth month, the wife is simply entitled for a judicial divorce. If there is no cohabitation, even after expiry of four months, the wife may file a suit for restitution of conjugal rights against the husband.

Zihar:
In this mode the husband compares his wife with a woman within his prohibited relationship e.g., mother or sister etc. The husband would say that from today the wife is like his mother or sister. After such a comparison the husband does not cohabit with his wife for a period of four months. Upon the expiry of the said period Zihar is complete.

After the expiry of fourth month the wife has following rights:
(i) She may go to the court to get a decree of judicial divorce
(ii) She may ask the court to grant the decree of restitution of conjugal rights.
Where the husband wants to revoke Zihar by resuming cohabitation within the said period, the wife cannot seek judicial divorce. It can be revoked if:
(i) The husband observes fast for a period of two months, or,
(ii) He provides food at least sixty people, or,
(iii) He frees a slave.

According to Shia law Zihar must be performed in the presence of two witnesses [Source: legalservicesindia].

However, none of the forms of divorce under Muslim Law grants validity to such a divorce in which influence under alcohol is mentioned, it is just to say that according to the situation expressed by you, the Divorce could be said to be Null & Void.