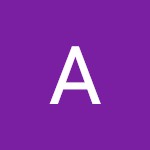 Violation of Section 144 During Lockdown: An Analysis

The article would analyze probably one of the most used provision in the CRPC for maintaining law and order that is section 144 of the CRPC or commonly known as unlawful assembly, the article highlights it significant role during the times when India is facing a pandemic and a nationwide lockdown.

Under the Criminal Procedure Code (hereinafter the Code) wide powers have been conferred on an Executive Magistrate to deal with emergent situations. One such provision deals with the Magistrates powers to impose restrictions on the personal liberties of individuals, whether in a specific locality or in a town itself, where the situation has the potential to cause unrest or danger to peace and tranquillity in such an area, due to certain disputes. In brief, Section 144 confers powers to issue an order absolute at once in urgent cases of nuisance or apprehended danger. Specified classes of magistrates may make such orders when in their opinion there is sufficient ground for proceeding under the section and immediate prevention or speedy remedy is desirable. It requires the magistrate to issue the order in writing setting forth the material facts of the case and the order is to be served in the manner provided by section 134 of the Criminal Procedure Code. The wording of the section envisages a situation wherein the power provided thereunder may be exercised on the assessment of the Magistrate himself - a subjective satisfaction. However, the judicial pronouncement as dealt with in the paper, aptly show that certain stringent conditions have been imposed by the Courts on this most plenary powers.

What is the nature of Section 144?

The scheme and the provisions of the section show that it is meant to provide for a temporary remedy to meet an emergency and that it applies to cases where for temporary orders in the nature of things would be appropriate and would afford a reasonable adequate relief under the circumstances of the case. The object of this section is to enable a Magistrate, in cases of emergency, to make an immediate order for the purpose of preventing an imminent breach of the peace, etc.; but it is not intended to relieve him of the duty of making a proper inquiry into the circumstances which make it likely that such breach of the peace, etc., will occur, as held in case of Abdul V. Lucky Narain Mundul, 1879.

The extent of the authority possessed by the Magistrate is to spend the exercise of the right on particular occasions and not to prohibit it absolutely and before the occasion arises which entitles him to act.
These restrictions are within the limits of the saving provision of Art.19 (2) and (3) of the Constitution as was decided in case Ram Manohar Lohia1968. The exercise of power ender section 144 of the Cr.P.C. must be in aid of the legal rights and against those who interfere with the lawful exercise thereof.

In which circumstances can it be invoked?

Action under this section is anticipatory, that is, it is utilized to restrict certain actions even before they actually occur. Anticipatory restrictions are imposed generally in cases of emergency, where there is an apprehended danger of some event that has the potential to cause major public nuisance or damage to public tranquillity. The gist of action under S.144 is the urgency of the situation; its efficacy is the likelihood of being able to prevent some harmful occurrences. Preservation of the public peace and tranquillity is the primary function of the Government and the aforesaid power is conferred on the Executive Magistracy enabling it to perform that function effectively during the emergent situations.

In Ummul Khan V. Executive Magistrate, Union Territory 1991 it was held that the Executive Magistrate has wide powers under this section. When the Magistrate came to the conclusion that the situation was created which had disturbed public tranquillity and danger to human life, an order passed under section 144 is legal.

Importance of Section 144 amid a world Pandemic and a Nation Lockdown.

The role of Code of Criminal Procedure would be much less when it comes to a situation that we are foreseeing as spread of COVID-19 to such a large extent. In India, we have Indian Epidemic Disease Act, 1897 which not only grants the State and Central governments to take any temporary measure for controlling and prevent the outbreak of a disease but also punish the individual not complying with such orders through Section 188 of IPC (disobedience to order duly promulgated by Public Servant). A recent case has been lodged in this regard invoking this section of Epidemic Act and even visas are being cancelled under the ambit of this Act. In a recent poll, pharmaceutical companies and scientists acknowledged that it may take at least a year for a COVID-19 vaccine to be approved and made available to patients. So, for the time being, Section 144 Criminal Procedure Code seems adequate to control the specific movement of targeted groups that are either more prone to the outbreak or are major threat for spreading the virus. This Section can also be invoked to prevent any situation of panic among the general public when it comes to shopping of essential commodities as we observe in different nations across the globe.

The present order or any such order within the legal dictum would be a necessary tool to impose certain restrictions on public gatherings and movement and such order could not be challenged on the ground of infringing the Fundamental Right enshrined in Article 19(1)(b) or (d) of the Constitution as same was found to be well within the limit of reasonable restriction of 19(2) and (5).

Thus, we can rightly conclude that imposition of Section 144 is very well within its legal competency and can be effectively imposed to tackle this pandemic as the world impatiently awaits a COVID-19 vaccine.

Category Others, Other Articles by - Aruanbh Rajan