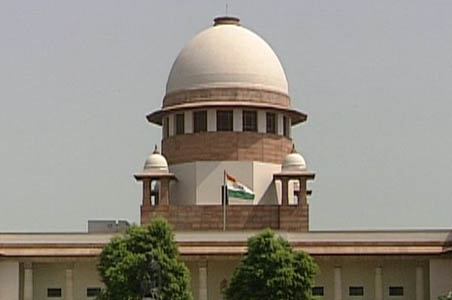 But 20 years later the supreme court overruled the Shankari Prasad judgement in “Golak Nath V State of Punjab” The Parliament has no power to abridge or amend the fundamental rights  as fundamental rights are transcendental position under our constitution, and clear it’s stance that an Amendment is a law within the meaning of Art 13(2), The supreme court took a u turn on it’s earlier path and thus made two stance extremely opposite to each other.

Due to which the parliament in it’s 24th amendment   parliament has inserted a provision in Art 368 “Nothing in Article 13 shall apply to any amendment made under this article” and hence overruled the Golak Nath judgement. Which was challenged by the Keshavnand Bharti caseIn this case the supreme court upheld the validity of 24th Amendment which again raised the serious question again up to what extent the whole constitution can be Amended ?Can the parliament take away the fundamental rights by amending it? The court was in opinion of taking a middle path.

1. While affirming the Parliament can amend any of the provisions of the constitution as per the procedure in article 368.

2. However the power to amend is limited keeping in mind the Basic features of the constitution.

The court further held that the provision inserted in 24th amendment is valid as it made what was implied in art 368 as express and does not abrogate any fundamental rights.

Making the decision more flexible the Supreme Court clearly mentioned that the fundamental rights can be abridged reasonably but cannot be abrogated. In order to preserve the basic features of the constitution the judgement was a Savior of our constitution. It preserved both rigidity and the flexibility, by inserting the bounds of “basic structure”. The “Basic Structure” hence forms a safety valve against the abrogation of the fundamental rights.

However some of the dissenting judges criticized the Doctrine of Basic Structure, They describe it vague as there was no subject matter that clearly specifies what “Basic structure” is and what is not?

However the landmark judgement of Keshavnand Bharti has kept the spirit of the constitution alive and prevented the misuse by the parliament against wipe off the constitution and thereby protecting the fundamental rights of the citizens.