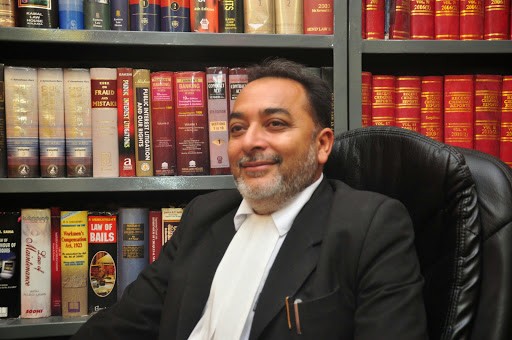 Reviewing Article 35-A of the Indian Constitution

During British Rule, the map of India consisted of territories that came directly under the Crown, and also 565 Princely States, which, while not being part of the Crown possessions, were tied to it in a system of subsidiary alliances. The Princely States had control over their internal affairs, but control over defence and external affairs rested in the hands of the British Government, under the Viceroy of India. In addition, there were several colonial enclaves controlled by France and Portugal. The Government of India Act, 1935, introduced the concept of the Instrument of Accession, wherein, a ruler of a Princely State could accede his kingdom into the ‘Federation of India’. Between May 1947 and the transfer of power on August 15, 1947, the vast majority of States signed Instruments of Accession. This was facilitated by the Congress, with its leaders such as C. Rajagopalachari arguing that as paramountancy “came into being as a fact and not by agreement,” it would necessarily pass to the Government of independent India, as the successor of the British. A few, however, held out. Amongst them were Hyderabad and Kashmir, which declared that they intended to remain independent. Hyderabad had a Muslim Ruler and Muslim nobility in an overwhelming Hindu majority State. After “Operation Polo,” an Indian military action to restore order in the State, Hyderabad acceded to India and was absorbed into the Union. The State of J&K, however, posed a challenge of an altogether different nature.

At the time of the transfer of power, the State of J&K was ruled by Maharaja Hari Singh, who had announced his intent to remain independent. Sheikh Abdullah, the leader of Kashmir’s largest political party, the National Conference, was opposed to Hari Singh’s Rule and was vociferously demanding his abdication. Pakistan, in the meantime, tried to force the hand of the Maharaja and sent in raiders, assisted by the Pakistan Army, to annex the State by force. Being confronted by a militarily hopeless situation, the Maharaja sought India’s help to push back the invaders. India required the signing of an Instrument of Accession and setting up of an interim Government headed by Sheikh Abdullah in return. The Indian Army was airlifted to Srinagar and the raiders were halted a few miles from the city. Then, in a series of heroic actions, the Indian Army pushed back the Pakistan Army-assisted raiders till the onset of winter halted the operations. When the Constitution of India came into force on January 26, 1950, special provisions were made for the State of J&K, in the form of Article 370 of Constitution of India, which was a temporary provision and remains so till date. Article 35-A is a provision incorporated in the Constitution of India giving the Jammu & Kashmir Legislature a carte blanche to decide who all are "permanent residents" of the State and confer on them special rights and privileges in public sector jobs, acquisition of property in the State, scholarships and other public aid and welfare. The provision mandates that no act of the legislature coming under it can be challenged for violating the Constitution or any other law of the land.

Deceitful Incorporation of Article 35-A

Article 35-A was incorporated in the Constitution of India in 1954 by an order of the then President of India Dr. Rajinder Prashad on the advice of Pt. Jawahar Lal Nehru Cabinet. The controversial Constitutional (Application to Jammu and Kashmir) Order, 1954 followed the 1952 Delhi Agreement entered into between Pt. Jawahar Lal Nehru, the first Prime Minister of India and the then Prime Minister of Jammu & Kashmir Sheikh Mohammad Abdullah, which extended citizenship to the "State Subjects" of Jammu & Kashmir. So Article 35-A was added to the Constitution of India as a testimony of the special consideration to the Indian Government accorded to the "permanent residents" of Jammu & Kashmir.

Why Article 35A Must Go

The classification created by the Article 35-A suffers from the violation of Article 14 of Constitution of India. Equality before the Law and also against basic structure of the Constitution of India. The non-resident Indian citizens cannot have the rights and privileges, same as permanent residents of Jammu & Kashmir. It facilitates the violation of the right of women to ‘marry a man of their choice’ by not giving the heirs any right to property, if the woman marries a man not holding 'Permanent Resident Certificate'. Therefore, her children are not given Permanent Resident Certificate and, thereby, considering them unfit for inheritance – not given any right to such a woman’s property even if she is a permanent resident. It facilitates the free and unrestrained violation of fundamental rights of those workers and settlers like Scheduled Caste and Scheduled Tribe people who have lived there for generations. The Dalits and Valmikis who were brought to the State of J&K between 1950-60, were given 'Permanent Resident Certificates' on the condition that they and their future generations could stay in the State only if they continued to be scavengers. And even after six decades of service in the State, their children are safai-karmacharis and they have been denied the right to quit scavenging and choose any other profession. The industrial sector and whole private sector suffers due to the property ownership restrictions. Good doctors do not come to the State for the same reason. Children of non-state subjects do not get admission to State Colleges and Universities. It ruins the status of West Pakistani refugees, who vote in the Lok Sabha elections, however, are barred from voting in State Legislative Assembly elections. Being citizens of India, they are not stateless persons, but being non-permanent residents of Jammu & Kashmir, they cannot enjoy the basic rights and privileges as being enjoyed by permanent residents of Jammu & Kashmir. Their status is unequal amongst the equals. The basic aim and object of equality is rule against arbitrariness; arbitrariness and equality are sworn enemies to each other and do not see eye to eye each other. Equality is a means to achieve the ends of Rule of Law to serve the Rule of Lfe, which seems to be a naught in the case of refugees of West Pakistan settled in the State of Jammu Kashmir. Had they been settled in any part of the territory of India other than Jammu & Kashmir, they ought not to have been the sufferers. In the background of this submission, it appears that Article 35-A does not seem to be compatible with the basic feature of the Constitution of India. Article 35-A is even otherwise violative of the integrity of the nation as enshrined in the Preamble of Constitution of India.

Thus, the classification created by Article 35A suffers from the vice of “intelligible differentia”; this differentia is artificial as it has no rational nexus/relationship with the basic object of the Constitution equality. Since Article 35-A is a mishmash of the textual Constitution of India and does not technically and legally qualify to be an Article of Constitution of India, and having already done enough damage and promoted separatists ideologies, so it must be declared as non-existent. For the good of the people of India and for the residents of J&K, Article 35-A must be repealed forthwith as it will pave the way for the development of the State of Jammu & Kashmir and its total integration with the Union of India.

Category Others, Other Articles by - Dinesh Singh Chauhan