Procedure For Prosecution Under Section 138 Of The Negotiable Instruments Act, 1881 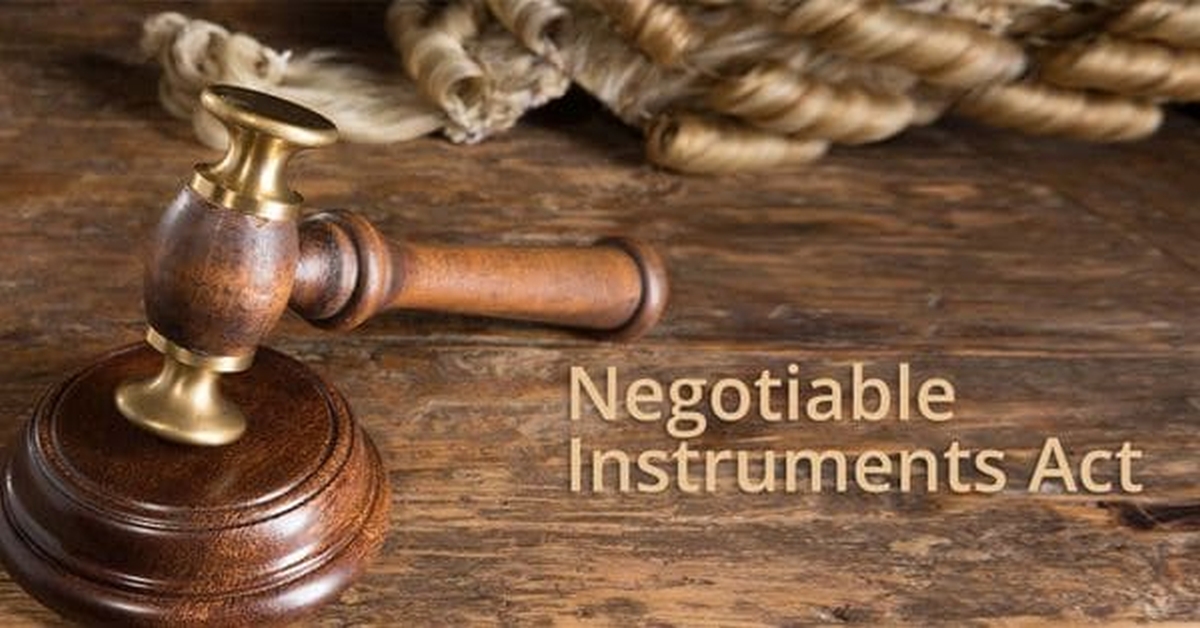 In our day to day life, we come across numerous news pieces regarding a suit before the Court. And it is also a not so uncommon thing that many of these cases involve financial disputes. People tend to approach the Court for even the minutest issues in their lives. So no one would back down when it involves money.

We definitely have numerous bank related transactions almost every day and when it comes to transactions of higher amount, no one prefers taking cash. Do they? So what do we do? We, use a cheque.

Now it is important to understand the concept of cheques and how they have an impact on our lives and how they are related with Court proceedings. The issuance of cheque is done with the sole purpose of having a valid proof of payment. The banks are responsible for clearing the cheques and making the payment from the account of the drawer. But the Banks have the right to return the cheque to the payee when the account of the drawer does not have sufficient funds which is known as dishonor of cheque.

But the most important question is what happens when a cheque is dishonored and what recourse do the bank and the payee have legally? These are important facets of the dishonor of cheque which need consideration. The Section 138 of the Negotiable Instruments Act, 1881 deal with this very issue.

The very first step to take when a cheque is dishonored is sending a legal notice to the drawer. Every person deserves a second chance so, the notice is served within 30 days of the dishonor and the person has to make the payment within 15 days from the receipt of the notice. But it is not always the case that the drawer pays the amount so the provision provides for a security to the payee.

If the payment is not done within the 15 days then the payee can approach a Court of competent jurisdiction within 30 days of expiry of such notice to initiate criminal proceedings against the drawer. When the cheques from a single transaction are dishonored, a single complaint can be filed but the maximum number of cheques in that case is 4 as laid down in Unique Infoways Pvt. Ltd. V. M/s MPS Pvt. Ltd.

The complaint filed has to be addressed to a Magistrate with jurisdiction over the case who hears the case and decides the maintainability of the suit. The landmark judgement of the Supreme Court under Section 138 dealt with the question of jurisdiction having an overall interpretation of the previous precedents with respect to jurisdiction of the Court. The principle was that a place of initiation of the proceedings should be the place where the drawee bank has a branch in which the cheque was drawn.

If the magistrate finds that the suit is maintainable then the evidences of the witnesses of the complainant are taken into consideration. The Courts hears the arguments and then passes an order summoning the drawer before the Court.

The complaint needs to be accompanied by the following documents:
• “The cover note on the complaint has to have a one pager performa.
• Original cheque and the Return Memo of the cheque issued by the bank.
• A copy of the legal notice and acknowledgement of the same, if any.
• Evidence of lawful debt.
• An affidavit of evidence and one supporting the particulars of the complaint.
• Authorisation letter or Power Attorney or the Board Resolution as the case maybe when the complainant is a Company or Firm.”

Proceedings before the Court

The Bail when granted is granted on furnishing Bond and Surety for bail. Upon completion of the formalities such as presenting the documents, the trial proceedings start. If the accused pleads guilty of the offence then he is convicted. But if the accused pleads not guilty then it gives rise to a long procedure to arrive at the final decision of the Court.

The last stage is the arguments presented by the parties. The complainant and accused put forward their arguments before the Court and finally taking into consideration the merits of the case, the Court gives its decision of conviction or acquittal of the accused.

The prolonged procedure leads to delay in deciding the case. The speedy disposal of the cases in cheque dishonor matters is laid down in the M/s Meters and Instruments Pvt. Ltd. V. Kanchan Mehta case where the Supreme Court held that the Court is supposed to issue summons when the proper documents are available with the complaint. The summons should be an indication for the drawer to make a specific amount of payment and if the Court is satisfied and the complainant has no objection then the accused may not be required to appear before the Court. It should be a Summary Trials case for ease and speedy access to justice for both the parties.

It is very important that these cases are solved as swiftly as possible which would be benficial for the parties and for the judicial system as well. The objective of the legislation is to protect the misuse of powers and when these procedures are delayed it makes the very purpose of the provision a failure.