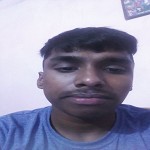 Meaning and definition of pleading:-

“Pleading is define in Order VI Rule 1 of the CPC”

Pleadings are statement in writing delivered by each party alternatively to his opponent stating what is contention will be at the trial and giving all such details as his opponents needs to now an order to prepare his case or answer.

In the words of Jacob “Pleadings do not only define the issues between the parties for the final decision of the court at the trial, they manifest and exert their importance throughout the whole process of the litigation.

In Halsbury laws of England it has been noted that the term pleading is used on civil cases to denote a document in which a party to a proceeding in a court of first instance is required by law to formulate in writing his case or part of his case in preparation for the hearing.

The whole objects of pleading is to bring the parties to an issue and the meaning of the rules of pleading was to present the issue being enlarged which would prevent either party from knowing when the cause came on for trial what the real point to be discussed and decided was.

In fact, the whole meaning of the system is to narrow the parties to definite issues and thereby to diminish expense and delay, especially as regards the amount of testimony required on either side at the hearing.

Fundamental Rules of Pleading emnate from the requirements of Order VI Rule 2 of the CPC which runs the:-

a) Every pleading shall contain and contain only a statement in a concise form of the material on which the party pleading relies for his claim or defence, as the case may be, but not the evidence by which they are to be proved.

b) Every pleading shall, when necessary be divided, in paragraphs numbered consecutively each allegation being so far as is convenient contained in separate paragraph.

c) Dates sums and numbers shall be expressed in a pleading in figures as well as in words.

a) Particular should be stated in a pleading wherever it is necessary to do so.
b) Performance of any condition precedent need not be alleged in a pleading.
c) A party should not set out the whole or any part of a document, it is sufficient to state the legal effect of the same.
d) Notice may also be alleged as a fact without setting out the circumstances from which they are to be inferred.
e) A party need not plead any fact which the law presumes in his favor or as to which the burden of proof lies with the opposite party.
f) The pleading set forth sufficient factual details to the extent that it reduces the ability to put forward a false or exaggerated claim or defence.

Plaint is defined in Order 7 of CPC. Plaint is a statement of claim filed by the plaintiff wherein it states the material facts upon which he relies in support of his case and claims and relief he desires.

The object of the plaint is to acquaint the court and the opposite party (i.e the defendant) with the case of the plaintiff “Plaint is the backbone of the suit”. The real nature of the suit has to be gathered from the plaint as a whole upon the facts on the basis of which the claim founded.

a) Heading and Title
b) Body the Plaint

In a suit seeking recovery of loan advanced by a bank, the plaint was signed and verified by a person notified under gazette and competent under bank regulations.

It was held that that the plaint was duly and properly signed and verified. It is signed at two places, at the close of relief portion and at the end of verification. The pleader (if any) puts his signature at the foot of the plaint.

“Written Statement is defined in Order 8 of CPC”

Written statement is the statement or defence of the defendant by which he either admits the claims of the plaintiff or denies the allegations or averments made by the plaintiff in his plaint.

The SC categorically stated that the term “written statement” in term of specific connotation signifying a reply to plaint filed by the defendant.

Who may file written statement:-

Category Others, Other Articles by - Subham Singh