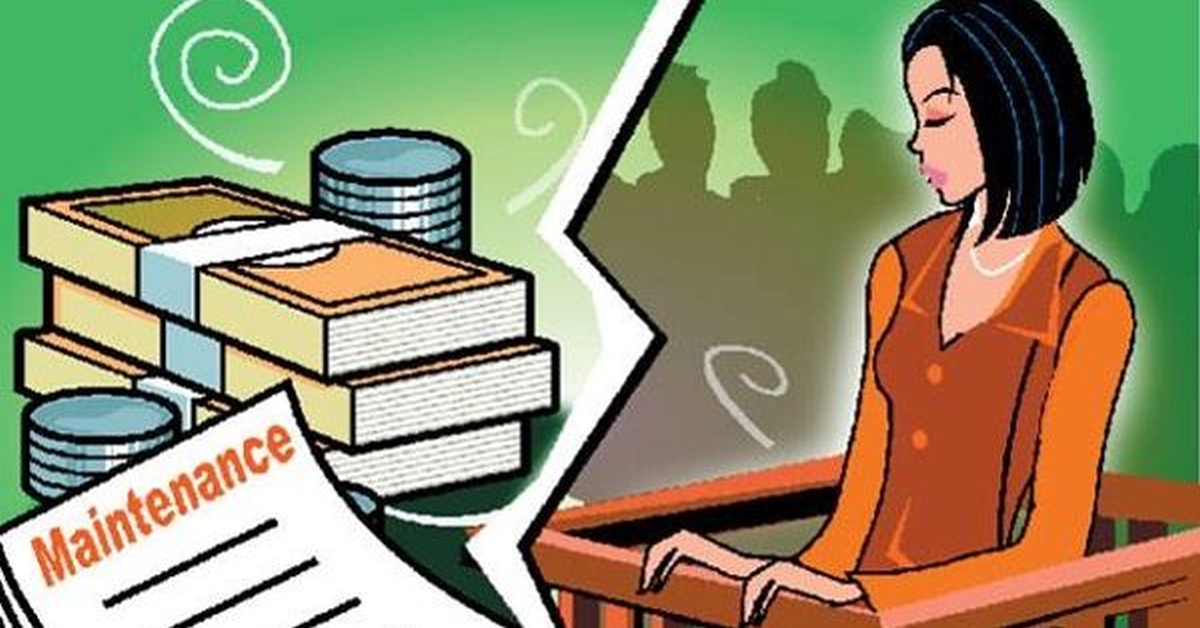 A Supreme Court division bench consisting of Justice Dr Dhananjaya Y. Chandrachud and Justice Hemant Gupta , has in the judgment of the case - Ajay Kumar v. Lata alias Sharuti , delivered on April 8, 2019,stated that in accordance with the proviso to the section 2(q) of the Protection of Women from Domestic Violence Act, 2005, indicates that both, an aggrieved wife or a female living in a relationship in the nature of marriage may also file a complaint against a relative of the husband or the male partner, as the case may be.

This may include but is not limited to an order of maintenance of the aggrieved person as well as her children, if any, including an order under or in addition to an order for maintenance under section 125 of the Cr.P.C. or any other law for the time being in force

'2(f) 'domestic relationship' means a relationship between two persons who live or have, at any point of time, lived together in a shared household , when they are related by consanguinity, marriage, or through a relationship in the nature of marriage adoption or are family members living together as a joint family;

The expression 'shared household' is defined in section 2(s) as follows:

All these definitions indicate the width and amplitude of the intent of Parliament in creating both an obligation and a remedy in terms of the enactment.

At the present stage, there are sufficient averments in the complaint to sustain the order for the award of interim maintenance. Paragraph 10 of the complaint prima facie indicates that the case of the complainants is that the house where the first respondent and her spouse resided, belong to a joint family.

The appellant and his brother (who was spouse of the first respondent and father of the second respondent) carried on a joint business. The appellant resided in the same household. Ultimately, whether the requirements of section 2(f); section 2(q) and section 2(s) are fulfilled is a matter of evidence which will be adjudicated upon at the trial.

The appeal in this case arose from a judgment of a Single Judge Bench of the Punjab And Haryana High Court on October 10,2018. The HC dismissed a petition against the judgment of the Addl. Sessions Judge, Panipat confirming an interim order for the award of maintenance to the first respondent and her minor child under the provisions of the Protection of Women from Domestic Violence Act, 2005.

The first respondent was married to Vijay Kumar Jindal on December 12, 2010. They have two children. The first respondent filed a petition under section 12 of the Act for the purpose of seeking an award of maintenance. The complaint contains a recital of the fact that after her marriage, the complainant and her spouse resided at a house which constitutes ancestral Hindu Joint Family Property.

She and her husband resided on the ground floor of the residential accommodation. The appellant and the deceased spouse of the first respondent jointly carried on a business of a Kirana Store at Panipat from which , it has been alleged, each had an income of about Rs 30,000/- per month.

It has been alleged in the complaint that at the time of Vijay Kumar's death, the first respondent was pregnant and that she gave birth to a child on January 31, 2013. The problems of the first respondent allegedly commenced after the death of her spouse and she was not permitted to reside in her matrimonial home.

On July 3, 2015, the Trial Judge by an order granted monthly maintenance of Rs 4,000 to the first respondent and Rs 2,000 to the second respondent-child. The award of maintenance was directed against the appellant, who was carrying on the business together with the deceased spouse of the first respondent. This order of the JMFC, Panipat was confirmed by the Addl Sessions Judge, Panipat on August 14, 2018.The HC , in a petition filed by the appellant, affirmed the view.This order brought all the parties before the Supreme Court.

The Court has noted that 'at this Stage' there was material for the purpose of an interim order for maintenance, which justifies the issuance of a direction in regard to the payment of maintenance. However, the Court clarified that the present order as well as orders which have been passed by the courts below shall not come in the way of final adjudication on the merits of complaint in accordance with law.

The Supreme Court has directed that all maintenance arrears should be paid within 4 months by equal monthly instalments. With this direction, the appeal has been disposed of.

Published in Others
Views : 436