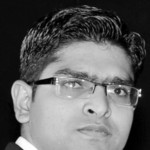 There is no better test of excellence of a government then the efficiency of its judicial system. For nothing more nearly touches the welfare and security of the average citizen than his sense that he can rely on the certain and prompt administration of justice.

As compared to other limbs of the government, the judiciary has always been given an exalted status. India unlike other democracies, judges are considered as super humans and they are given highest amount of respect.

The significance of the role of judiciary under the constitution and the respect for judges in the society is the reason for the judges to measure up to the highest standards in public life. If the lamp of justice goes out in the darkness how great is that darkness?

In the recent time serious allegations have led to criminal prosecution of a few high court judges, investigation against some others on charges of corruption.In the Ghaziabad scandal, apart from serious allegations of misconduct and misbehaviour against a few Karnataka judges. Also allegations of favouritism, cronyism and nepotism etc. has been showered on the judiciary .According to scientific study of the possibility of corruption at different level in judiciary hierarchy, which rated that more than 33% of the people bribed judiciary to the extent of Rs.3718 crore in just one year. Time is now ripe enough to finally place a system for the accountability is a facet of the independence of the judiciary.

With the reflections of these headings:

(a) Absence of judicial accountability-factors and pointers.

Here is the paper with serious discussion, including suggestions about failure of impeachment and internal mechanism resulting loss of public confidence.

There is no better test of excellence of a government than the efficiency of its judicial system for nothing more nearly touches the welfare and security of the average citizen than his sense that he canrely on the certain and prompt administration of justice.

As compared to the other limbs of the government, the judiciary has always been given an exalted status. History is replete with such instances that when the legislature and theexecutive faced credibility crisis, it was the judicial system which came to the rescue of the people. If the lamp of justice goes out in darkness, how great is that darkness? So, keeping in view the multidimensional role of judiciary, it is very important that this august institution is manned by persons of high character, impeccable integrity and who are committed to the role assigned to them. It is the presence of these virtuous qualities which can strengthen the faith of people in judicial system.

The Lord Nolan Committee set up in U.K. for the standards in Public Life, has enumerated the Seven Principles:

SELFLESSNESS, INTEGRITY, OBJECTIVITY, ACCOUNTABILITY, OPENNESS, HONESTY and LEADERSHIP. These principles apply to every holder of public office invested with public power. Under our constitution, judicial power is visualized as the most potent form of public power. Hence, the need for judges to conform strictly to these exacting standards.

Transparency or openness is one of the seven principles in the standards of public life applicable to everyone exercising public power. Particulars of assets of the judges and their immediate family relate to personal conduct of the judges and their immediate family relate to personal conduct of the judge that the people have a right to know and the appointments made by it are administrative acts subjects to public gaze after completion of the process. The judicial enforces disclosure of these details by others. There is no reason why the judges even at the highest level should be exempt from this requirement. Insistence on secrecy of these facts is bound to make the judges suspect in the public eye, resulting in the erosion of their credibility. This must be avoided. Judicial Accountability is a facet of the independence of the judiciary. Some recent incidents in public knowledge are sufficient to suggest its significance and the need for an effective mechanism to enforce judicial accountability when necessary. In the recent time serious allegations have led to criminal prosecution of a few high court judges, investigation against some other on charges of corruption. In the Ghaziabad scandal, apart from serious allegations of misconduct and misbehaviour against a few Karnataka judges.Also an allegation of favouritism, cronyism and nepotism etc. has been showered on the judiciary. This issue of judicial accountability can no more be ignored.

According to scientific study of the possibility of corruption at different level in judiciary hierarchy, which rated that more than 33% of the people bribed judiciary to the extent of Rs.3718 crore in just one year.

SOME RECENT SENSATIONAL NEWS ON CORRUPTION IN HIGHER LEVEL OF JUDICIARY-

· Chief justice of Karnataka high court P.D.Dinakaran (among five judges recommended for the Supreme court by the chief justice of India) lastly resigned as chief justice of Sikkim. He was facing 16 charges framed against him including corruption, land grab and abuse.

· Justice Soumitra Sen of Calcutta High Court resigns after Rajya Sabha voting to impeach him. Justice Sen found guilty of misappropriating funds as a judge and of misrepresenting facts.

1.  Traditional oath of office taken by judges which requires them to adhere to the constitution.

2. Judges are required to follow the state and central law.

3. Judges are required to follow judicial precedent. Other methods securing judicial accountability either directly or indirectly.

4. Impeachment process- The Indian constitution provides one of the stringent measures to ensure accountability in judiciary i.e. impeachment of a judge article 124 lays down the procedure for impeachment. It provides two grounds for removal of a judge, they are ‘proved misbehaviour’ or ‘incapacity ‘.

6.  Peer –review or in- house procedure-In 1997 a full bench of supreme court passed re-statement of values of judicial life and in –house mechanism to deal with judicial accountability in particularly those cases which don’t warrant a removal but grave enough to warrant  some action ,in such case the chief justice of India can take appropriate action.

7. Rule against bias-This principle demands that judges should not decide case on the basis of extraneous pressures or incentives ,he must one not be biased towards one party or he must not have a personal interest in the case.

8. RTI- Right to information is a right of modern time .It is an effective tool for enhancing transparency in the system.

1.  Impotency of Impeachment-Its time consuming, herculean task to impeach a judge and it’s tends to get politicized.

2. Appointment of Judges-The appointments in the High courts and the Supreme Court are made in 'consultation' with the Chief Justice of India under Article 217 and 124 respectively. The meaning and purportof 'consultation' is the raging debate related to judicial independence.

3. Contempt of court- Penalizing Public Criticism -This stringent law has withheld the criticism of the judiciary, criticism which leads to accountability, hence in the present situation common man fears to comment anything against the judiciary. The law of contempt in India has deviated from its very object.

5. Veil of Judicial Independence -Independence of judiciary means independence from interference from other organs of the state and not from accountability, examples are contempt cases, right to information and appointment and transfer of judges.

The basic problem is that in India the appointment of judges is a purely judicial and not political. This is the reason why the present issue is being debated. There is a cold war between the executive and the judiciary for a superior status. Ultimately, who in this war iscrushed is a common man. A change therefore is requisite in this method. There are certain things which cannot be ended but mended and the relation between the executive and the judiciary is one such.

THE JUDICIAL STANDARDS AND ACCOUNTABILITY BILL, 2010

The Judicial Standards and Accountability Bill tries to lay down enforceable standards of conduct for judges.  It also requires judges to declare details of their and their family members' assets and liabilities.  Importantly, it creates mechanisms to allow any person to complain against judges on grounds of misbehaviour or incapacity.

Highlights of the Bill

• The Judicial Standards and Accountability Bill, 2010 requires judges to declare their assets, lays down judicial standards, and establishes processes for removal of judges of the Supreme Court and High Courts.

• Judges will be required to declare their assets and liabilities, and also that of their spouse and children.

•The Bill establishes the National Judicial Oversight Committee, the Complaints Scrutiny Panel and an investigation committee.  Any person can make a complaint against a judge to the Oversight Committee on grounds of ‘misbehaviour’.

•A motion for removal of a judge on grounds of misbehaviour can also be moved in Parliament.  Such a motion will be referred for further inquiry to the Oversight Committee.

• Complaints and inquiries against judges will be confidential and frivolous complaints will be penalised.

• The Oversight Committee may issue advisories or warnings to judges, and also recommend their removal to the President.

• The key issue is whether the balance between independence and accountability is maintained by the proposed mechanism in the Bill.  The Oversight Committee has non-judicial members which might impinge on the independence of the judiciary.

• The Bill penalises anyone who breaches the confidentiality of complaints.  It is questionable whether a penalty is needed for a frivolous complaint that remains confidential.

• The Scrutiny Panel has judges from the same High Court.  This is different from the in-house procedure of the Supreme Court.

The Bill does not mention whether a judge has the right to appeal to the Supreme Court against an order of removal issued by the President after Parliament finds him guilty of ‘misbehaviour’.

Time is now ripe enough to finally place a system for the accountability of judiciary. With the aim of securing and ensuring that "Justice is to be  Sought and not Bought", I hereby end up concluding that judicial independence is no independence  if no checks are placed on it. It doesn’t means to place all the conducts of the judiciary before the public at large open to criticism. The beauty of the doctrine of independence of judiciary can't be ignored and there can be no two opinions about it in the presence of the doctrine of separation of powers. But also it would be unjustified to place the public at the hands of judiciary which with all the powers can shower and bestow all the tyrant conduct in the world on its own people. Need for laws and measures on judicial accountability are the need of the hour. And The Judicial Standards and Accountability Bill 2010 is a ray of hope in this context. But, these bills have to prove its effectiveness and strength with time.

To achieve the goal of judicial accountability, I suggest some keynotes-

1. Judicial independence and judicial accountability are like those two poles of the magnet which must be kept at such a sufficient distance, as not to deter one another, in the same magnetic flux.

2.  Appointment and accountability are closely related in certain senses that, if you appoint proper persons, men of integrity and character then the proceedings will be fair, away from corrupt practices.

3. There should be a harmonious blend between the judiciary and the executive to achieve a sub stainable method of judicial accountability.

Category Others, Other Articles by - Raj Prashar