Jammu and Kashmir HC quashed The Circular Passed By The RTO 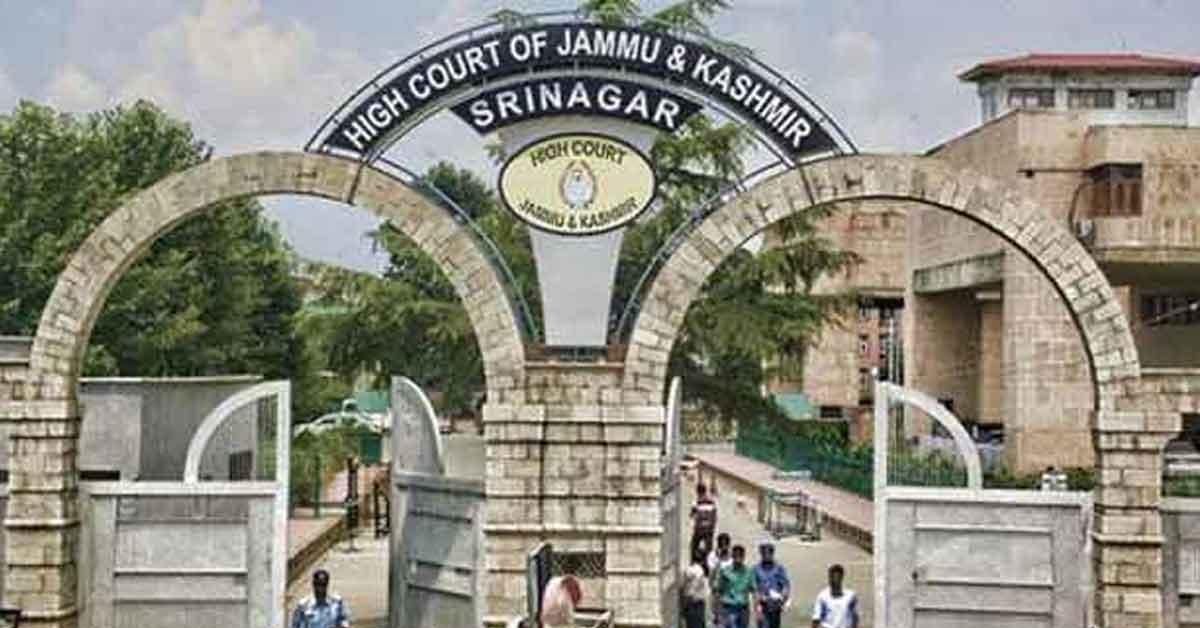 Now, the case that we are going to deal with in this article is related to the union territory of Jammu and Kashmir and the case talks about a circular which was issued by the Regional Transport Office in Jammu and Kashmir on 27 March 2021, which mentioned that every vehicle in the state that is registered in another state has to be re-registered itself in J&K as per the provisions of Section 47 and Section 50 of Motor Vehicles Act, 1988 read with Rule 54 of the Central Motor Vehicle Rules, 1989, within 15 days otherwise action will be taken. This notice was quashed by the J&K High Court on 29 April 2021 in a common order passed in two petitions.

Circular Issued By The RTO

The Regional Transport Office, Kashmir, on 27 March 2021 issued a notice in Jammu and Kashmir regarding the re-registration of Vehicles in the Union Territory. The Circular said that "the vehicle owners, who have purchased their vehicles from outside of the Jammu and Kashmir Union Territory and bear outside registration mark, are asked to apply for a new registration mark as per the provisions of Sections 47 and 50 of Motor Vehicles Act, 1988 read with Rule 54 of Central Motor Vehicle Rules 1989 within 15 days from the date of Circular/notification viz 27.03.2021, failing which action, as warranted, shall be initiated against them."

Section 47 of the Act speaks of, the assignment of a new registration mark on removal to another State. It says that when a motor vehicle is kept in a state for more than the period of twelve months rather than the state where it was registered then the owner of the vehicle should apply for a new registration mark in the state which has jurisdiction over the place where the vehicle then is, within this period of such 12 months and in such form containing such particulars as may be prescribed by the Central Government and shall present the certificate of registration to that registering authority.

Section 50, of the Act, speaks of the Transfer of Ownership. It says, “(1) Where the ownership of any motor vehicle registered under this Chapter is transferred, — (a) the transferor shall,—

(i) in the case of a vehicle registered within the same State, within fourteen days of the transfer, report the fact of transfer, in such form with such documents and in such manner, as may be prescribed by the Central Government to the registering authority within whose jurisdiction the transfer is to be effected and shall simultaneously send a copy of the said report to the transferee; and (ii) in the case of a vehicle registered outside the State, within forty-five days of the transfer, forward to the registering authority referred to in sub-clause (i)”

Rule 54 of the Motor Vehicle Rules, 1989 talks about, the assignment of a new registration mark. The portion relevant to this case of this rule says that, "An application for the assignment of a new registration mark under sub-section (1) of section 47 shall be made in Form 27 and shall be accompanied by a no-objection certificate in Form 28 along with the appropriate fee as specified in rule 81, within thirty days from the date of expiry of the period specified in the said section: Provided that where a motor vehicle is intended to be kept in a State for a period exceeding twelve months and the owner of such vehicle makes a declaration to that effect, the application may be made at any time within the said period of twelve months”

Next, it also talks about the application made under Section 50 of the Motor Vehicle Act, 1988 and says an application for a transfer of ownership of a motor vehicle under sub-clause (z) of clause (a) of sub-section 1 of section 50 shall be made by the transferee in Form 30 and shall be accompanied by the certificate of registration, the certificate of insurance and the appropriate fees as specified in Rule 181.

Background of the Case

Two similar petitions were filed before the Honorable High Court of Jammu and Kashmir concerning the circular passed by the RTO, Kashmir. Both the petitions were on common grievances and therefore the court decided to pass a common order for both the petitions. This order was passed in the petitions; WP (C) No. 669/2021 and WP (C) No. 777/2021, on 29 April 2021. The case name is, ‘ Zahoor Ahmad Bhat and Irshad Hussain V. Government of JK & Ors.

In these petitions, there were two petitioners namely, Zahoor Ahmad Bhat and Irshad Hussain Munshi. Their vehicles were registered in Delhi under the Transport Authority of Government, NTC, Delhi. The Petitioner in WP (C) No. 669/2021 says that he travels frequently to Delhi and other various places and hence his vehicle is not been in the state for the period of twelve months. Both the petitioners submitted that they were being harassed by the Police/Transport Authority merely because their vehicle was not registered in the Union Territory. Upon further inquiry, they learned about the impugned circular. After learning about the same, they felt aggrieved and hence challenged the circular in front of the Honorable Court.

Main Arguments by the Petitioner

The learned counsel of the petitioner submitted that, first of all, the circular is issued without jurisdiction. The Regional Transport Office, Kashmir does not have any jurisdiction to issue any circular concerning Section 47 of the Motor Vehicle Act, 1988 only the central government has the jurisdiction, and hence the circular is liable to be quashed.

The Counsel further submits that the implementation of Section 47 of the Motor Vehicle Act, 1988 requires the permanent residing of a vehicle in a particular state for more than the period of twelve months, and this condition in the present petition is not fulfilled as the petitioner keeps traveling frequently to Delhi and other various places for various purposes. In other words, the registration of a vehicle in a state other than the state where the registration has taken place requires 12 months continuous stay in another State for assigning the new registration mark. He further submits that there is no mechanism to determine the period of stay of a vehicle in a particular place and in the absence of such mechanism, determining the period of stay of a vehicle exceeding 12 months, is the choice of the owner of seeking a new registration mark, if he voluntarily intends to disclose the intention of stationing the vehicle permanently in J&K, otherwise, the owner of the vehicle who has removed the vehicle from
one state to another is the only person who has the information of the time period, which qualifies for the assignment of a new registration mark, therefore, the impugned circular issued by the RTO, Kashmir is over the provisions of Section 47 of the Motor Vehicles Act, 1988, hence without jurisdiction and as such, is liable to be quashed.

The learned counsel also submitted that there is no denial of the authority of the respondents to screen, scrutinize, verify the genuineness of the validity of the documents required for the movement of the vehicle in the jurisdiction of the respondents, notwithstanding the registration of the vehicle in the other States of India, but under the influence of such decision, the powers are already detailed out in the Act and Rules and the impugned circular is only harassing the genuine owners of the vehicles, which enter the premises of Jammu and Kashmir, unnecessarily.

Jammu and Kashmir High Court On The Matter

The Srinagar Bench of the Jammu and Kashmir High Court which gave the judgment consisted of Justice Vinod Chatterji Koul and Justice Ali Mohammad Magrey. While listening to both the parties and the factual matrix provided the court concluded that the impugned circular issued by the Regional Transport Office, Kashmir is unnecessary. The Court said that if the vehicle is already registered in any state of India, it need not be registered elsewhere again, however, if it is kept in a state for a period exceeding 12 months, the owner should apply to the registering authority within whose jurisdiction the vehicle is present. The Court also said that the quashing of this circular does not mean that the authority of the respondent vanishes. They still have the authority to deal with the cases of the vehicle which are registered outside but are still present in the UT of Jammu and Kashmir for more than 12 months. After giving the following orders the Court dismissed both the petitions.

The Court after detailed speculation passed the following order-:

The Bench of Jammu and Kashmir High Court did a detailed analysis of the facts of the case and the provisions of the law concerned and gave the judgment. The Judgment given was very proper as it dealt with both parties in a very reasonable manner. Though the court quashed the impugned circular and provided relief to the petitioners yet respected the authority of the respondent and declared that no one can question the authority of the respondent in dealing with the cases where the vehicles from outside are entering the Jammu and Kashmir and staying for more than twelve months of period and said that the respondent has the right to ask owners of such vehicle for new registration mark keeping in mind the provisions of Section 47 of the Motor Vehicle Act, 1988. I believe that this judgment is very correct and provides the needed relief to the petitioners while not questioning the authority of the respondent.

Published in Others
Views : 91