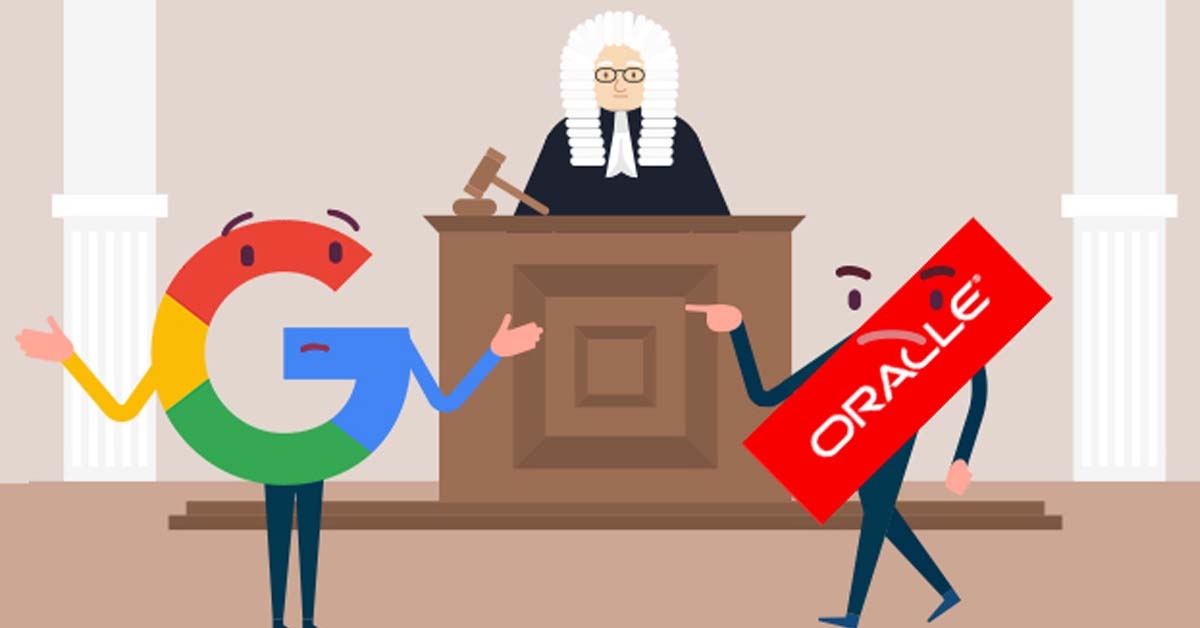 The case of Google LLC v. Oracle America, Inc. had been pending before the Courts of United States of America for over a decade and the future of copyright holders, fair usage and its implications on the industry has been in question ever since.

The decision of the Apex Court of the country has given a 6-2 majority verdict on the case and Google has been protected from the loss of billions of dollars.

A balance needs to be maintained between protection of rights of both the parties and thus the decision of the Court though not happily accepted by Oracle, has been recognized worldwide as a victory for millions of consumers.

Copyright and Fair Use

Copyright protection is one of the Intellectual Property Rights that ensure that the creativity of a person does not go to waste. The doctrine of fair use can be termed as using the copyrighted work by a person without the explicit consent of the copyright holder.

It is important that this doctrine is used with utmost care, as it involves the hard work or the innovator and also the liability on the person who is using the product without consent, as it may lead to copyright infringement and make the person using it to be liable. The countries all over the world have legislations to ensure the protection of copyrights but the recognition of fair use is done in few.

The exact definition of what would fall under the category of fair use is yet to be decided. The interpretation of the term varies from case to case and the power and liability to decide whether a case falls under fair use or infringement lies on the Court.

The dispute arose between Google and Oracle on violation of copyright and patent of 37 packages of Oracle’s Java Application Programming Interface (API). The Android Operating System (OS) used the popular Java programming language for its software. The language consisted of keywords and symbol that are used to carry out pre-written program’s commands. The names and formats of the same were used by Google in its mobile phones.

The use of both Java and Android are complex procedures and includes lots of technicalities. The main issue arises on the third portion of API i.e. ‘declaring code’ which is linked to the idea of organizing tasks which are not copyrightable. So the questions for interpretation are on the copyrightability of the API and on whether the usage would qualify as fair use under the provision.

The case was contested at the District Court and then the Court of Appeals where the decision was given in favor of Oracle and thus the suit was brought before the US Supreme Court.

Analysis and the Observation of the USSC

The question of copyright protection to the API is left unanswered. However the Court gave its opinion on how allowing the protection of API under copyrights law would enable the company to monopolize the market and thus harm the public. Also the building blocks of Oracle are used by many programmers as its knowledge is widely imparted. This would also harm the creativity of the programmers and also hamper the future of programming.

Oracle had previously offered the API script for free to app developers and charged fee from hardware manufacturers, which does not preclude the copyrightability of the code.

On the question of fair use by Google, the Court stated that for a product to get the copyright, it is important to know the importance of copyright to the purpose of the work. The API was found to be far from the core of copyright. The Court observed that only portions of the API were used by Google and the intention behind it was to expand the workability and usage of Android mobile phones.

The Court referred to Section 107 of the US Act which lays down the requirements for usage of a copyrighted product as fair use. Since the list is not elaborate or exhaustive, it gives the Court ample scope to interpret the provision for the benefit of both the developer and the user. The functions of Android were set to be similar to that of Java but it was not duplicated or copied. But the use of specifications for the developers to make their own programs has made the system unique.

Creative use is considered to be the main objective of copyright and Google has used the names but the coding was different for the software which would land Google the benefit of fair use.

The Supreme Court while giving the decision has overruled the judgment of the Court of Appeals in favour of Oracle which had stated that the API obtained by Oracle from Sun Microsystems is copyrightable and thus making the use of the packages by Google to copyright infringement.

The decision of the Court has been acknowledged by the parties. Google expressed its gratitude towards the decision by stating that this step by the Court would stand as a precedent for future developers and programmers as an encouragement for enhancing their creativity; whereas Oracle was seen claiming theft on the part of Google.

The question of implications on the industry stands to the interpretation of the public. When a right is guaranteed it protects the holder but as is the case worldwide, it is subject to exploitation by the owner. Thus the doctrine of fair use tends to provide the public with an opportunity to work and innovate.

The future developers and programmers and also the existing one, have gotten the golden opportunity to experiment and create a world of their innovation with this judgement.

Published in Others
Views : 214