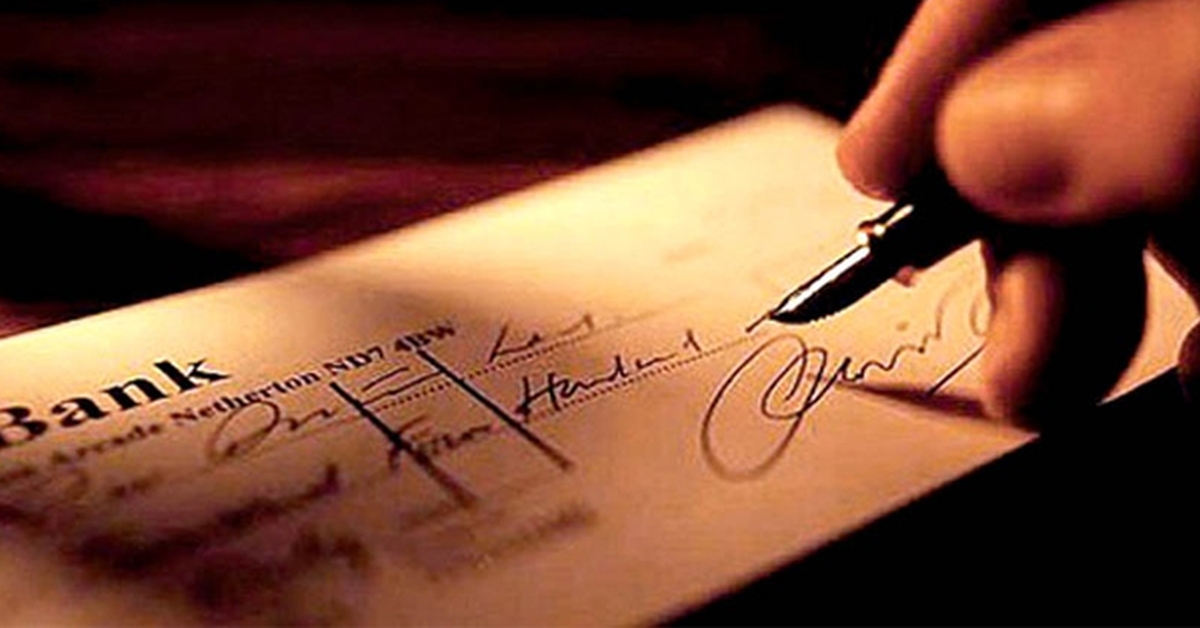 Advancement and progress of society and a concomitant increase of commerce and various activities of trade, lead to increased complexity in transaction of money between human beings and the ancient law providers were also forced by the circumstances to evolve new rules for regulating such monetary transactions. Since business activities have increased, the attempt to commit crimes and indulge in activities for making easy money has also accelerated. Thus, besides civil law, an important development both, in internal and external trade is the growth of criminality and we find that banking business is every day being confronted with criminal actions which has led to an increase in the number of criminal cases pertaining to banking transactions.

A cheque is an acknowledged bill of exchange that is accepted for the payment of money and it is negotiable. However, by the fall of moral standards, even these Negotiable Instruments like cheques issued, started losing their credibility by not being honored on presentment. It was noticed that a suit in the civil court, for collection of the takings of negotiable instruments like a cheque tarried, which defeats the very purpose of recognizing a negotiable instrument as a speedy vehicle of commerce. Consequently, Section 4 of the Banking, Public Financial Institutions and Negotiable Instruments Laws (Amendment) Act, 1988, inserted Chapter XVII in the NI Act.

It stated that where a cheque drawn by a person for the discharge of any liability, is returned by the bank unpaid for the insufficiency of funds, or if it exceeds the arrangements made by the one who draws the cheque with the bankers for that account, the drawer of the cheque will be deemed to have committed an offence. In such a case, the drawer would be punishable with imprisonment of up to one year, or with fine of up to twice the amount of the cheque, or with both.

To constitute the said offence, the following actions should be met-

The Bill provided few considerable safeguards to ensure that sincere customers of the bank were not hassled. These safeguards included-

In the case of Dalmia Cement (Bharat) Ltd. V Galaxy Traders and Agencies Ltd., the Apex Court referred to the object of Section 138 of the Act. The court perceived that Act Section 138 was incorporated with a specific object, to make a special provision by incorporating a strict liability for the cheque, a negotiable instrument. The law relating to the negotiable instruments is to enable the activities in trade and commerce, provisions regarding the same give sanctity to the instruments of credit, which could be deemed to be convertible into money and easily traversable from one person to another.

Section 92 talks about “Dishonor by non-payment. It says that, a promissory note, bill of exchange or cheque is said to be dishonored by non-payment when the maker of the note, acceptor of the bill or drawee of the cheque makes default in payment upon being duly required to pay the same.” Therefore, if on performance the banker does not pay the amount, a dishonor takes place and the holder acquires the right of remedy against the drawer and the other parties on the cheque.

Published in Others
Views : 219