What was the case about:To ensure that 100 percent sewage treatment of water before it reaches the Rivers before March 31, 2020.

The National Green Tribunal's principal bench warned all the States and Union Territories that they will be liable for payment of compensation if they failed to do so. In the case of the Ganga river, Rs. 5 lakhs per month per drain, for default in in-situ remediation and Rs. 5 lakhs per STP for default in starting the STP set-up.

This direction given by the bench has resulted in contemplation over the sewage water treatment and this shall result in the safeguard of the rivers from the polluted water.

What was the case about: To ensure that political parties don't use plastic banners/hoardings during elections.

The National Green Tribunal working towards their motiveof protecting the environment instructed India's Election Commission, Chief Electoral Officers of all States, Union Territories and Central Pollution Control Board to control advisories given to political parties asking them to stop the use of plastic banner/hoarding elections during elections. 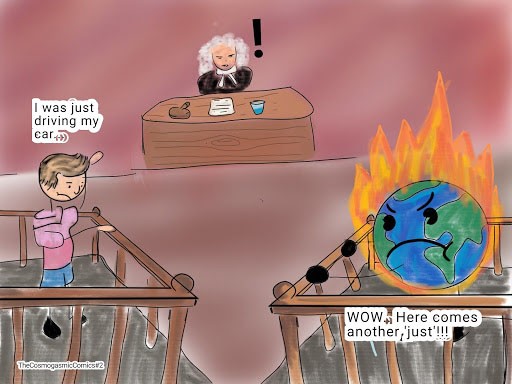 What was the case about: Improving the practices that are presently adopted for the way Municipal Solid Waste or garbage is treated in India.

Mrs. Almitra Patel filed a PIL under Article 32 of the Constitution of India before the Apex Court whereby she sought the immediate and urgent improvement in the practices that are presently adopted for the way Municipal Solid Waste or garbage is treated in India.The tribunal noted the requirement of conversion of solid waste into a source of power and fuel to be used for society’s benefit, taking into consideration the Principles of Circular Economy.

What was the case about: The case involved issues of questions of public importance and significance of environmental jurisprudence.

An environmentalist filed applications in relation to the damage caused due to sinking of a ship which was carrying huge amounts of coal, fuel oil and diesel near south of Mumbai. Thick film of oil was formed on the surface of the sea & large-scale damage was caused to mangroves & marine ecosystem.

Upholding the principle of “polluter pays”, the Tribunal directed Respondents to pay environmental compensation of Rs. 100 crores to the Ministry of Shipping, which is one of the biggest compensation amounts ever paid by a private entity against environmental damage done.

Category Others, Other Articles by - Archit Uniyal