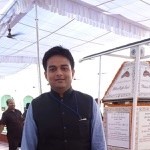 E-Courts Have been in India For a Long Time: Farsightedness of SC Behind E-Courts

It's not that the Indian Judiciary has geared up for digitalization after the COVID- 19 threat, but the farsightedness of digitalization of Judiciary is from long back. The Indian Judiciary has been taking effort to match with the digital revolution. In the year 2005, committee of Supreme Court of India submitted the report on the basis of National Policy and Action Plan for Implementation of Information and Communication Technology in the Indian Judiciary. The Action Plan proposed three phase implementation of the Information and Communication Technology in administration of justice and making:- 1) justice delivery system more accessible 2) efficient and 3) cost effective[1].

The e-committee has divided the project in three Phases. Different activities have categorically been listed in these phases, for the smooth and proper implementation of the project.

In the year 2013, court portal was launched by the former Hon'ble Chief Justice of India Mr. Altmas Kabir. In Phase I of the e-Courts Project, very large number of Court Complexes, Computer Server Rooms and Judicial Service Centers were set up throughout the country. The Court Complexes were computerized, with installation of hardware, LAN etc. and also Case Information Software (CIS). After the establishment, these Courts started giving basic information case-related services to litigants and lawyers. Laptops were also provided to the Judicial Officers.

The Case Information System (CIS) software - has been developed and made available for deployment at all computerized courts. Entry of data regarding past cases have been initiated, along with the present. The training programme of Judicial officers and court staffs have been organized on regular interval. CIS 3.1 version provides for an independent Mediation Module besides making provision for registration of names of Judge and Advocate Mediators and their subject of expertise. If the cases are referred for mediation, they are sent to ADR admin through CIS. ADR Admin can allocate cases through CIS to each mediator. Dates can be fixed and communicated to parties and cases can be sent back to the Court after completion of mediation proceedings. By introduction of Lok-Adalat module and ADR module, CIS 3.1 has been successful in connecting with all DLSAs in the country[2].

Judicial Service Centre (JSC) have established computerized courts which serve as a single window for filing petitions and applications by litigants/ lawyers and also obtaining information in ongoing cases and copies of orders and judgments etc.

National Judicial Data Grid: The national e-Courts portal (http://www.ecourts.gov.in) has become operational. The portal provides online services to litigants such as details of case registration, cause list, case status, daily orders, and final judgments. NJDG data will also help the judiciary in judicial monitoring and management and assist the Government in procuring data for policy purposes. The most important feature of the NJDG is that the data is available on a near real-time basis. The NJDG has been utilized by researchers and academics for writing articles on the state of justice delivery in India.

Few of the important outcome of Phase I are as follows:

In January 2014, committee of the Supreme Court approved Policy and Action Plan Document (hereafter 'Policy Document') for Phase II of the e-Courts Project. The proposed initiatives as mentioned in the Policy Document are as below:

Enhancement of computer infrastructure in courts as compared to Phase I: Number of Computers along with other accessories has increased.

E-filling: So, in Phase - II, e-filing became an important feature. It says, one can file the case without visiting the court premises. Recently DRT and DRAT Rules have also been amended for e-court filing. However, the facility of e-filing is not available for all courts/ tribunals[4].

National service and Tracking of Electronic Process (NSTEP): It has been found that one of the main reasons for delay in justice delivery is the difficulty in service of summons. In fact, according to the Economic Survey, roughly one-third of delay in disposal of a case is due to failure to serve notice on the opposite party. Through the process of NSTEP, service of notice and summons has been expedited and made electronically[5]. The feature like GPS also helps to navigate the actual position of the person who has received the summon. This particular facility will be available with Bailiff.

E-Payments: Through e-payments one can deposit Court fee, Judicial deposit, fine, penalty via digital mode. This will save time and avoid the long que for fetching the court fee from the filing counter[6].  Presently handful of states has come out with this facility. One can receive the acknowledgment instantly which makes such process secure.

Virtual Courts: Few of us got surprised after hearing the terminology like virtual courts during the present crisis situation, but this concept has already been a part of Phase-II.  It aims at eliminating physical presence of court officials/lawyers and the litigants.

E-court service on mobile: It will help you to track cases through mobile. Even the High Court case details can be fetched through it. The case status can be tracked through Case number, Party Name, Filing number, FIR Number, Advocate, Case Type.

JustIS: This is a mobile app especially for judicial officer, to track important cases and court management. One cannot modify or delete the data through the app.

E-courts National Portals: It has been established to track all the pending/disposed matters at one place and data has been collated throughout the districts and from different High courts of the country[7].

Automated mails and Push SMS: One of the wonderful services has been incorporated in Phase- II. Now, one can receive case updates, listed cases, and disposal or if any order has been pronounced then in that case, an automated mail will be sent. If any case is listed, then a SMS will be sent on the registered number with the case details and with court name.

UMANG: Mobile App that provides a single platform to citizens to access pan India e-gov services ranging from Central to Local Government bodies and other citizen-centric services. Now, the case status and other details of the court can be seen from there.

LIMBS: Ministry of law has taken the initiative to manage Government litigation across the country[8].

b) By connecting e- courts Services with CSCs, part of country which were away from the digital world (Portal, mobile app, kiosk etc.), now will be able to know about his own case and other details.

Initially only CNR services were given, now one can fetch not only CNR but search by case number, name and other parameters is given through Application Programming Interface to CSCs. Litigants can get copies of judgements, orders, printed information about next date, disposal of case, transfer of case from one Court to another, change of advocate etc. and many more information.

Solar energy for power backup: For the uninterrupted service the UPS and DG sets for servers and judicial service centers have been installed in Phase I of the project, but there was no provision of power back-up for thin clients, printers and other hardware. In this regard, the Policy Document proposes to utilise solar energy, as an alternate source, being environment friendly and easily available[9].

It would be considered as the last phase of the Project. In this phase, Bar code technology with document management tools will be used to manage data and will be an important aspect to be dealt with.

It is also expected that computerization activities will be in progress in other Government institutions/organizations like police, treasury, jail, registration office, etc. The judicial system can be upgraded so that data can flow seamlessly with other government entities. Necessary upgradation and modification will be required as per mutual convenience.

In legal profession, Library is an integral part of judicial system. There are libraries at all levels of courts with millions of books. It is a source of information and reference for many tasks and processes related to judicial functions. The computerization of library with proper indexing and search for specific topics/terms related to judiciary would be helpful in optimally utilizing this vast source of information. Modern library system will be in place with all the facilities by the end of this phase[11].

The services envisaged under the project will thus cater to all stakeholders including the judiciary, litigants and lawyers. ICT (Information and Communication Technology) enablement will make the functioning of courts efficient and transparent, which will have an overall positive impact on the justice delivery system. It is envisaged that as the project progresses and technology develops, necessary additions will be made to the Charter of Services.

All the above the facilities which have been described in different phases are yet to be implemented in all courts/ tribunals. So, before we reach to the conclusion that e-court is working flawlessly, it will be little early to comment. Throughout the different phase, we came across training programme for judicial officials and court staff but there must be some training arrangement for lawyers, because wheels of Judiciary can only be moved with the help of Bar and Bench. Few lawyers are of view that through virtual courts, conducting trial will be little difficult, especially the cross-examination.

The National Information Center is taking time to complete the project, because of which completion of phase has got delayed. The training programme of the court staff is another challenge, as due to shortage of staff, when they have been called for the training, the normal court functioning gets affected. Even though the process of training has been rolled out, it is not in use. Installation of hardware cannot be done during office hour, and the vendors are also suffering from shortage of staff, so after the court hour, it becomes impossible to finish up the task of installation.

On the e-court website, it's logo has been imprinted with a Sanskrit shloka as “ यतो धर्मस्ततो जयः “, which says that “Where there is adherence to right action, there (alone) lies victory”. Believe on the same shlokas and keep trying our best so that system under judiciary can be improvised and justice delivery can be possible within the time frame. Almost a decade has passed but we are still struggling for the proper implementation of the e-court system. Recent pandemic has made us realize about the importance of e-court and it has made us regret for not executing it on time. Still, we have to go to miles. A certain section of legal system are still opposing the digitalization and pointing out the lapses. But if we come together with firm determination and meet the gaps and fill the flaws, then there will not be any challenge or hurdle for the successful implementation of project nationwide. For every innovative work there will be a challenge, but that does not mean we will move away. So we should come together, face it and eradicate it.

Category Others, Other Articles by - purushottam Kumar