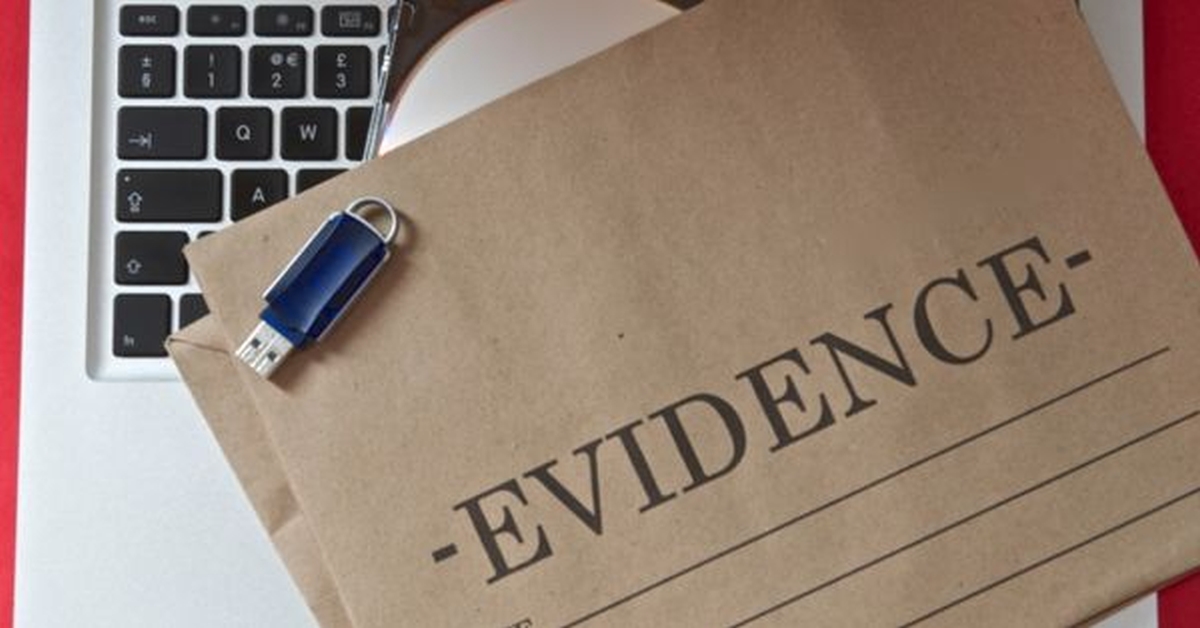 In Arjun Panditrao Khotkar v Kailash Kushanrao Gorantyal case the Supreme Court (SC) on 14th July 2020 held that the requirement of the certificate,  under Section 65B (4) of the Indian Evidence Act, 1872 (IEA), is mandatory for the admissibility of electronic record in evidence.

The judgment arose from a reference by a Division Bench of the SC, which found that the Division Bench judgment in Shafhi Mohammad v State of Himachal Pradesh [(2018) 2 SCC 801] required reconsideration in view of the three-judge bench judgment in Anvar PV v P K Basheer [(2014) 10 SCC 473] and the Supreme Court (SC) overruled the former and upheld the latter.

Electronic evidence comes to the scene

Therefore as of now there are three forms of evidence: document, oral evidence & electronic records.

Till the year 2000, the courts decided the admissibility of electronic records based on Sections 61 to 65 of the act, by considering electronic record as a document and proving the contents of such documents either as primary evidence or as secondary evidence.

It is not possible to prove an electronic document through oral evidence so the Section 59 of the IEA forbids it.

Electronic Record differs from its printout

The Section 3 of the Evidence Act states that terms “electronic form”, “electronic records”, “information”, etc shall have the same meaning as assigned by the Information Technology Act, 2000 (IT Act).

The Section 2(i) of the IT Act defines computer means any electronic, magnetic, optical or other highspeed data processing device or system which performs logical, arithmetic and memory functions by manipulations of electronic, magnetic or optical impulses, and includes all input, output, processing, storage, computer software or communication facilities which are connected or related to the computer in a computer system or computer network.

The Section 2(t) of the IT Act defines electronic record which means data, record or data generated, image or sound stored, received or sent in an electronic form or microfilms or computer-generated microfiche. The electronic records are those which require a machine to read. They include computer-generated records, information stored on visual and aural media such as voicemail systems, DVDs, and microforms such as microfiche and microfilm etc. That means an Electronic Record includes any combination of text, graphics, data, audio, pictorial, or other information representation in digital form that is created, modified, maintained, archived, retrieved, or distributed by a computer system.

Therefore the computer printout of electronic documents does not fall within the ambit of the expression electronic record. It come under the term computer output and is considered as deemed document under the Section 65B.

Sections 65A & B refer to electronic evidence

The Sections 65A & 65B of the IEA provides a methodology or procedure for the parties in a case to prove electronic evidence in court proceedings. The purpose of these provisions is to sanctify secondary evidence in the form of electronic out[put or paper print out, generated by a computer.

The Section 65A is an enabling provision which provides that the contents of electronic records may be proved in accordance with Section 65B. The Section differentiates between the original information contained in the computer itself and copies made there from - the former being primary evidence and the latter being secondary evidence in regard to contents of electronic records.

What the Section 65B says is that the paper on which the information contained in an electronic record is printed, or the optical or magnetic media produced by the computer in which such information is stored, recorded or copied, shall be deemed to be a document if it satisfies the conditions laid down in sub-section 65B (2). Such a print out or output from electronic record shall be admissible in any proceeding without any further proof, if it in includes a certificate as per Section 65B (4).

In order to make the information contained in an electronic record produced as print or computer output to be admissible in evidence it must be accompanied by a certificate duly signed by an authorized person.

The admissibility of such a deemed document depends on the satisfaction of the four conditions under Section 65B (2) and the three conditions specified under Section 65 B (4) so as to ensure the source and authenticity of electronic record being used as evidence. It means that the certificate must:

The certificate in Section 65B (4) is not at all necessary if the original electronic record itself is produced. The owner of a laptop, a computer tablet or even a mobile phone, can step into the witness box and prove that the concerned device, on which the original information is stored, is owned and/or operated by him.

The Section 65B of IEA which starts with a non-obstante clause, notwithstanding anything contained, overrides other Sections in the manner of proving information contained in an electronic document. Since the enactment of 65B, even though the Sections 61 to 65 refer to documents, none of those Sections can be referred to or invoked to prove the contents of an electronic record copied or derived in the form of a computer output or print out.

What the Arjun Panditrao case states

The Section 65B has created a huge judicial turmoil because of its poor drafting when it was enacted and subsequent improper interpretation of it in successive judgements.

The law is swinging from one extreme to the other in the past two decades from Navjot Sandhu to Anvar P.V. to Tomaso Bruno to Sonu to Shafhi Mohammad to Arjun Punditrao cases.

In Navjot Sandhu v NCT Delhi, a two-judge Bench of the Supreme Court held that even if a certificate is not produced as per the requirement mentioned under Section 65B (4) of the Act, computer output of an electronic evidence is not held to be per se inadmissible. But such a can still be proved as per Section 63 with Section 65 of the IEA as secondary evidence.

In Shafhi Mohammed case, a two-judge Bench took a view contrary to Anvar’s case and held that requirement of certificate under Section 65B (4) is a procedural one and can be relaxed by the court in the interest of justice. This judgment relied on another three judge bench judgment in Tomaso Bruno case [(2015) 7 SCC 178] which stressed the use of technological advancements increasingly in investigation or prosecution and the need to focus more on substantive issues of evidence than on its procedural formalities.

The judgement seeks to keep away the distinctive classification of primary evidence and secondary evidence in regard to a document, as referred to in Sections 62 and 63 of IEA, as those sections do not apply to electronic evidence but only to a document. However the judgment holds that the Section 65B differentiates between the original information contained in the computer in electronic form as  the primary evidence and the copy made therefrom in the form of computer output (print outs & digital copies) as secondary evidence. This interpretation extends the meaning of secondary evidence reflected in Sections 63 and 65 of the act. The judgement reaffirmed that the certificate under Section 65B (4) of the Indian Evidence Act, 1872 (IEA), is mandatory when considering computer output as evidence.

In fact, the Section 65B of IEA requires a simplified interpretation in a practical manner so as to make it easy for the parties to produce a computer output ( such as a flight boarding passes or a super market bill) where a certificate is not normally obtainable when the computer maintained by the adverse party.

The question of copy as it is normally understood in physical document may not be applicable for electronic data. While retrieving the data from a huge Server it would suffice if certification under Section 65B is obtained from the person, who is incharge of the Server. After so obtaining the information in a USB drive or CD or any other gadget, one can feed the data into his computer and take printouts in physical or print form with his certification stating as to how he had collected the data from the Server and fed them into his computer and produced the outputs. Such a certification mechanism may go with the purpose.

Proving an electronic record is quite different from proving a print document. The electronic record can be proved by taking its computer printout and filing it along with the certificate under Section 65 B of the Indian Evidence Act. But there are cases in which such a certificate is not normally obtainable.

The judgement in Arjun Pandit Rao case points out that on 23 April 2016, the conference of the Chief Justices of the High Courts, chaired by the Chief Justice of India, resolved to create a uniform platform and guidelines governing the reception of electronic evidence. The Chief Justices of Punjab and Haryana and Delhi were required to constitute a committee to “frame Draft Rules to serve as model for adoption by High Courts”.

Consequently a five-Judge Committee was constituted on 28 July, 2018.  After extensive deliberations, and meetings, the Committee finalized its report in November 2018.

The report suggests comprehensive guidelines, and recommended their adoption for use in courts, across several categories of proceedings. It contains Draft Rules for the Reception, Retrieval, Authentication and Preservation of Electronic Records and these Draft Rules should be examined for giving them statutory force.

Published in Others
Views : 657