Delhi High Court: Police To Ensure No Media Is Leaked, Asks Disha To Ensure She Doesn't Malign The Police 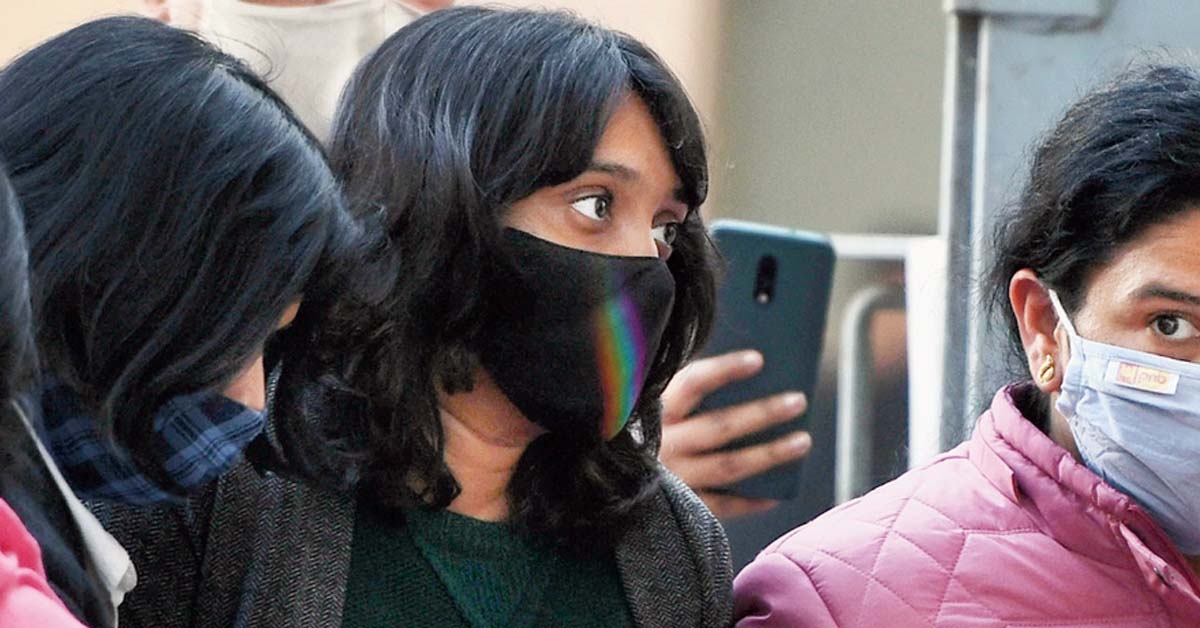 22 year old climate activist Disha Ravi filed a petition against the Delhi Police, requesting the High Court to restrain the police from leaking her private conversations on WhatsApp, and asked to take action against some media channels.

Justice Prathiba Singh has directed the editors of media channels- Times Now, India Today and News18- to ensure that there is proper editorial control while the information is produced, ensuring that the investigation is unhampered.

"Right to privacy, the sovereignty and integrity of the country and the freedom of speech need to be balanced" the High Court observed, on Friday.

The Delhi High Court, Justice Prathiba Singh- issued notices to News Broadcasting Standards Authority and a few media houses, based on a petition filed by the climate activist Disha Ravi, which implored the Delhi High Court to restrain the police from leaking investigation material to media houses and channels, and to ensure responsible and unbiased reporting on the case by the media.

"The police are not a private person, they have a public duty. Just because there are allegations against the police, the police can"t compromise on an investigation like that.” stated Akhil Sibal, senior advocate representing Disha Ravi.

Just because there is public criticism, the Police shouldn't defend themselves by releasing investigation materials on social media platforms, or on media channels, on the belief that Disha, or any accused is maligning the Police.

Right to privacy is a fundamental right, as provided under the Constitution of India, integral to Article 21, which is Right to Life and Personal liberty. The right to privacy allows us to control to what extent, and what materials of life we want to keep public, and what to keep private. Disha Ravi's WhatsApp chats are absolutely private and personal, therefore the police authorities have no place to infringe that right. The leaking of such conversation, be it legal or illegal leakage, prevents Disha from a fair trial and a fair chance to speak, since the leaked conversations have already planted seeds of criticism against Disha. The next hearing of the case will take place on March 17, 2021.

Published in Others
Views : 176