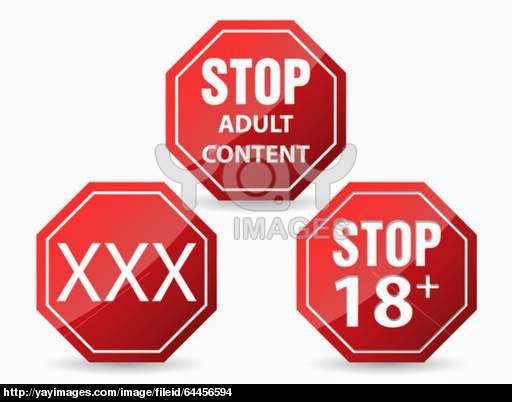 1. Current Scenario in India & in other Developed Countries;

2. Practicality of banning Cyber Pornography in India & Role of an Intermediary;

3. Necessary amendments to Information Technology Act, 2000 for better Regulation, prosecution and conviction as far as Cyber Pornography Offences are concerned

Current Scenario in India & other Countries

“Section 66A of the Information Technology Act, 2000 prohibits sending of offensive messages through communication service”

“Section 66E of the Information Technology Act, 2000 prohibits capturing, transmitting or publishing the image of a private area of a person without consent”

“Section 67A of the Information Technology Act, 2000 prohibits transmission or publication of material containing sexually explicit act in electronic form”

Exception: Section 67 and section 67A does not extend to any book, pamphlet, paper, writing, drawing, painting, representation or figure in electronic form-

(i)  the publication of which is proved to be justified as being for the public good on the ground that such book, pamphlet, paper, writing, drawing, painting, representation or figure is in the interest of science, literature, art, or learning or other objects of general concern; or

(ii)  which is kept or used bona fide for religious purposes.

As far as the above sections relating to Cyber Pornography are concerned, Section 67A and 67B are the only sections which are non-bailable as per Section 77B of the Act, whereas others are bailable.

We also have Section 69A of the Information Technology Act, 2000 where Central Government or its officer appointed can issue directions to other Government Agencies and Intermediaries to block such information for public access if it is necessary or expedient so to do in the interest of sovereignty and integrity of India, defence of India, security of the State, friendly relations with foreign states or public order or for preventing incitement to the commission of any cognizable offence relating to above, now considering the topic of Cyber Pornography although blocking of Cyber Pornography is not explicitly mentioned in this section but it could be implied  the term Public Order in the above mentioned section would mean ‘Maintenance of Law’. Hence an inference can be drawn that Cyber Pornography can be blocked under the said provision.

On perusal of the above mentioned sections one could see there is a clear contradiction between Section 66E of the Information Technology Act, 2000 and other Pornography related sections as Section 66E prohibits capturing, transmitting or publishing the image of a private area of a person ‘without consent’ but the question arises here, is it allowed with consent?, whereas Section 67 and Section 67A of the Information Technology Act, 2000 prohibits the transmission and publication of obscene and sexually explicit material.

In United States of America with the exception of child pornography, the legal status of accessing Internet pornography is still somewhat unsettled, though many individual states have indicated that the creation and distribution of adult films and photography are legally termed as an act of prostitution.

As of now in America Cyber Pornography is regulated and for the same the traditional method mentioned in the Landmark Judgement of Miller Vs State of California is used along with other legislations. The legality of pornography is determined by the Miller test, the test dictates that the opinion of the local community on a specific pornographic piece is most important in determining its legality. Thus, if a local community determines a pornographic work to meet its standard for obscenity then it is more likely to be banned. This means that a pornographic magazine that might be legal in California could be illegal in Alabama. This standard on pornographic legality is extremely difficult to uphold for the internet given that the internet contains ubiquitous amounts of pornography. It has been argued that if the Miller test were applied to the Internet then, in effect, the community standards for the most conservative community would become the standard for all U.S. based Web sites. The courts are currently examining this issue.

In United kingdom, the possession of pornographic images for private use has never been an offence, however the sale or distribution of hardcore pornography through any channel was prohibited until the rules were relaxed in 2002. The UK citizens were always able to access pornography without breaking any laws except child pornography.

In UK, pornography has been divided into three parts, softcore pornography, hardcore pornography and extreme pornography. Extreme pornography is illegal to even possess as on January 2009 and carries a three year imprisonment. Criminal Justice & Immigration Act, Sections 63 to 67 of the Act make it an offence to possess pornographic images that depict acts which threaten a person's life; acts which result in or are likely to result in serious injury to a person's anus, breasts or genitals; bestiality; or necrophilia. They also provide for the exclusion of classified films etc. and set out defences and the penalties for the offence.

The UK Government has instructed ISPs to filter legal pornography and other adult subjects"by default". This would mean that anyone who wanted to view websites dealing with these sensitive subjects would have to choose to do so.

Practicality of banning Cyber Pornography & Role of an Intermediary in India

In India, we already have provisions for blocking of Cyber Pornography vide Section 69A and Information Technology (Procedure and Safeguards for Blocking for Access of Information by Public) Rules, 2009 of the Information Technology Act, 2000 which lays down the procedure for actually blocking for access of information by public. According to me the procedure mentioned in the rules is a bit lengthy as one needs to write a complaint and send it to the concerned Nodal Officer appointed by the respective organisation and then if the concerned organisation is satisfied about the need to block the information, then only the Nodal Officer of the organisation will forward the same to designated officer appointed by the Central Government in this behalf, instead of going through all these hassles the Central Government can simply create a wing, where the cognisance of these complaints can be taken and acted upon immediately.

On the other hand, if at all we consider complete blocking of every pornographic website at ISP level by putting network filters, one of the downsides would be, everything would be blocked even the good literature or the websites including government websites providing sex education and health education as sometimes the filters provided by ISPs would not recognise the difference between violent pornographic website and a website providing education or good literature.

As we all know, Information Technology Act was introduced in the year 2000 and it was the first technology legislation in India and in the year 2008 the Act was amended and it turned out to be a Scenario Changer! Also Information Technology Rules, 2011 defined ‘Sensitive Personal Data’ & ‘Reasonable Security Practices’, which are remarkable welcome changes but nevertheless the current Act still lacks in many areas.

The Cyber Pornography Offences are mainly defined in sections,66A 66E, 67, 67A and 67B, as already discussed above. All other Pornography related offences are bailable as per Section 77B of the Information Technology Act, 2000 the only exceptions being Section 67A & section 67B. This is the main reason why the offenders are committing pornography related offences and still have the audacity to repeat it, as they are entitled to bail as of right and not to mention the long trial period. These sections of the Act should be made non-bailable so as to strike fear into the minds of these offenders, this would definitely reduce the crime rate to some extent.

Section 66A prohibits sending of offensive messages though communication service, but does not define the word ‘offensive’, the same should be clearly defined to avoid the misuse of this section.

Section 67 which prohibits transmission or publication of obscene material in electronic form desperately needs an amendment as the word ‘Obscene’ is not specifically defined but nevertheless it gives out a partial definition which is, “any material which is lascivious or appeals to the prurient interest or if its effect is such as to tend to deprave and corrupt persons who are likely, having regard to all relevant circumstances, to read, see or hear the matter contained or embodied in it” but at the same time the Apex court bench of Justices K.S. Radhakrishnan and A.K. Sikri upheld the appeal in Sportsworld case in 2014 and ruled that a picture or article can be deemed obscene only if it is lascivious, appeals to prurient interests and tends to deprave and corrupt those likely to read, see or hear it.

“A picture of a nude/semi-nude woman… cannot per se be called obscene…. Only those sex-related materials which have a tendency of ‘exciting lustful thoughts’ can be held to be obscene, but the obscenity has to be judged from the point of view of an average person, by applying contemporary community standard(s),” the court said.

“Applying the community tolerance test, we are not prepared to say such a photograph is suggestive of depraved minds and designed to excite sexual passion… which would depend upon the particular posture and background,”

The Apex Court in this case has applied the same test of Community Standards as mentioned in the case of Miller Vs. State of California, USA. This issue should obviously be examined further for clarity in the section.

There is an obvious contradiction between Section 66E and other pornography related sections, Section 66E prohibits capturing, transmitting or publishing the image of a private area of a person without consent but if it is done with consent then it is allowed, whereas Section 67 and Section 67A of the Information Technology Act, 2000 prohibits the transmission and publication of obscene and sexually explicit material. The words “transmitting or publishing” should be removed by amendment to resolve this issue.

As per Rule 3(4) of the Information Technology (Intermediaries guidelines) Rules, 2011 the intermediary shall preserve such information and associated records for at least ninety days for investigation purposes. The stipulated period of preserving the information should be increased from ninety days to one hundred and eighty days, so that the Law Enforcement Agencies could obtain the data even at a later stage in cases which are filed after 90 days.

The first step towards curbing Cyber Pornography is, getting highest conviction rate, the ultimate effect of this would strike fear in the mind of the offender and as per jurisprudence will have deterrent effect on the offender. This will only happen if the evidence gathered by the investigating agencies is appreciated in the Court of Law. Currently the Defence Lawyers are taking advantage of lack of knowledge as far as evidence gathering in Cyber Pornography Offences is concerned. Courses should be organised at the State level by inviting Cyber Experts, this will ensure quality of investigation and evidence gathering in Cyber Offences in general.

It is known fact, that children/minors are most prone to Cyber Pornography as we have entered into twenty first century and everyone has a Computer at their home. Indian Government should start running campaigns for educating parents on parental control, which can be helpful in curbing Cyber Pornography at its grass root level. Parental Control software or Antivirus which has inbuilt Parental Control should be made available by the Government officially, so that it is easily downloaded and subsequently installed on every computer.

Disclaimer: This does not constitute a legal opinion and would not create Attorney-Client relationship. This article is only for information and awareness purpose and merely a possible interpretation of the law.

Image copyrights are with the respective owner.


Tags :Others
← Previous
Next →


Category Others, Other Articles by - Adv. Rajas Pingle