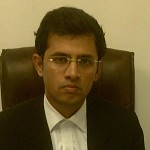 Contract enforcement during the time of COVID-19 in India

CoronaVirus (Covid-19) has been declared as pandemic (“an epidemic occurring worldwide”) by World Health Organisation (“WHO”) on 11.03.2020. While many consider Covid-19 as a message from nature to mankind, in this Article we will examine the impact of Covid-19 on contractual obligations of the parties in India.

In order to contain the spread of Covid-19, lockdowns have been ordered in major part of the world by respective governments which have severely affected supply chains, trade and commerce. In such situationthe question arises, whether the parties are still bound by their mutual contractual obligations?

Usually, when a contract is broken, the suffering party is entitled for compensation/damages for loss under S.73 of Indian Contract Act, 1872 (“Act”) or can seek specific performance of the Contract under Section 10 of the Specific Relief Act, 1963 from the party which is in breach. However, a contract the performance of which subsequently becomes impossible is governed either by Chapter III of the Act (more particularly Section 32) if a contract has Force Majeure Clause or if the Force Majeure event de hors the contract then such contract is dealt with provisions of Section 56 of the Act.[1]

Effect of Covid-19 on Contracts having Force Majeure Clause

Force Majeure (or Viz Major in Latin) means superior force like natural disasters or certain acts of man of a disruptive and unforeseeable nature, such as war-like situations, labour unrest or strikes, epidemicsetc which prevent the parties from fulfilling contractual obligations. Force Majeure clause in a contract savestheparty obligated under a contract from liability of non-performance for something over which it has no control.

When the circumstances contemplatedin a Force Majeure clause by the parties to a contract exists, Section 32 of the Act is triggered which deals with Contingent Contracts[2]. As per Section 32, contingent contracts to do or not to do anything if an uncertain future event happens, cannot be enforced by law unless and until that event has happened. If the event becomes impossible, such contracts become void.

The party claiming Force Majeure is usually under a duty to show that it has taken all reasonable endeavors to avoid or mitigate the event and its effects. This depends on the specific facts and circumstances of each case whether the measures taken to mitigate are considered sufficient. Test of reasonableness is applied to  determine the same. The party intending to invoke the Force Majeure clause is usually under obligation to intimate the opposite party of its intend to invoke the Force Majeure clause.

Effect of Covid-19 on Contracts without Force Majeure Clause

In cases where contract does not have Force Majeure clause (or where supervening circumstances are not covered in Force Majeure clause) and such circumstances are created wherein the party obligated is prevented from fulfilling his obligations,then Section 56 of the Act is attracted. In such case the affected party can claim relief from liability of breach of contract under Section 56. In order to succeed in aclaim under Section 56 it has to be established that the performance of the contractual obligations either became physically impossible or because of such unforeseen event, the object of the Contract itself was frustrated[3].

It has to be seen in the facts and circumstances of each contract whether because of Covid-19 the conditions mentioned above for invoking Section 56 of the Act actually exists or not, then only the liability of the parties for breach of contract can be decided.

In cases where time is essence of the Contract and obligated is prevented from fulfilling his obligation because of Covid-19, the Contract is voidable. However, where time is not the essence of the Contract, even if there is delay in performance of Contract due to lockdown for Covod-19, the parties are liable to fulfill their obligations under the Contract as soon as the impossibility of performance is removed. The promisor however can avoid the payment of compensation for delay if he shows that despite all reasonable endeavors to avoid the delay, the delay could not be avoided because of impact of Covid-19.

A contract is dissolved when legislative or “administrative intervention has so directly operated upon the fulfillment of the contract for a specific work as to transform the contemplated conditions of performance”[4]. But an intervention of temporary nature which does not uproot the foundation of the contract will not dissolve the contract as held in Satyabrata Ghose vs Mugneeram Bangur & Co.[5] In this case the commencement of work under the Contract was delayed as considerable portion of land involved in the Contract was requisitioned by the State during Second World War for military purposes. The Company attempted to cancel the contract on the ground that because of supervening events its performance had become impossible. Mukherjea J held as under:

Undoubtedly, the commencement of the work was delayed but was the delay going to be so great and of such a character that it would totally upset the basis of the bargain and commercial object which the parties had in view? The requisition orders, it must be remembered, were, by their very nature, of a temporary character and the requisitioning authority could, in law, occupy the position of a licensee in regard to the requisitioned property.…. But when there is no time limit whatsoever in the contract, nor even an understanding between the parties on that point and when during the war the parties could naturally anticipate restrictions of various kinds which would make the carrying on of these operations more tardy and difficult than in times of peace, we do not think that the order of requisition affected the fundamental basis upon which the agreement rested or struck at the roots of the adventure.”

In the above stated case, as time was not the essence of the Contract, despite administrative intervention due to Second World War, the contract was held to be enforceable after the conditions created by World War were removed. Similarly, if current lockdowns (Administrative Intervention) does not upset the basis of a contract, such contract is enforceable after lockdown is removed.

The effect of the administrative intervention is to be seen in the light of the terms of the contract and if the terms show that the parties have undertaken an absolute obligation regardless of the administrative changes, they cannot claim to be discharged. This was held by the Hon’ble Supreme Court in Naihati Jute Mills Ltd. vsKhyaliramJagannath[6]. In this case there was an agreement to purchase raw jute to be imported from East Pakistan (now Bangladesh). The buyer was to supply import license. However, there was change in rules which mandated that to obtain a license buyer had to show that he had equal quantity of Indian jute. Thus, buyer could not supply import license and was thus sued for breach. He pleaded frustration caused by change in government policy. It was held that had the govt. completely forbidden imports, S. 56 would be applied. The Ld. Judge observed that the clauses of the contract indicate that the Appellants were conscious difficulty in getting the license in time.[7]

The change in circumstances must be such which upset the very purpose of the Contract. Thus, in SachidraNathvs Gopal Chandra[8] where Defendant took certain premises on lease at high rent because British troops were stationed in the town. After some months the locality was declared out of bound for British troops. The question was whether this frustrated the Contract. It was held that the Contract is not frustrated as it was mere commercial hardship. Therefore, if the impact of Covid-19 is to merely make the performance of contract more expensive or dilatory it is not sufficient to frustrate the contract as it does not bring about a fundamentally different situation.

There is no one size fit all situations which can cover all kinds of contracts in these testing times. The terms & conditions alongwith facts & circumstances of each contract have to be analysed on the basis of legal principles some of which are enumerated above to determine whether Force Majeure Clause of a Contract can be invoked thereby triggering Section 32 of the Act. Similarly, the terms and condition of each contract without Force Majeure clause (or where Covid-19 circumstances are not covered in Force Majeure Clause) have to be analysed to determine whether it can be covered under Section 56 of the Act. However, Force Majeure Clause or Frustration under Section 56 of the Act is unlikely to be attracted for contracts where time is not the essence, as Covid-19 and consequent lockdown is a disruption of temporary nature only. Further, Section 56 of the Act cannot be invoked merely because Covid-19 has made the contract more onerous commercially.

The situation presented by Covid-19 is unprecedented and the current legal precedents are not adequate to deal with situation of such magnitude. Therefore, new jurisprudence can evolve as and when the Courts take up such cases wherein parties are either trying to avoid or enforce the contracts in the times of Covid-19. There is also the possibility of Courts allowing the principles of equity to take sway in appropriate cases during the time of Covid-19 and this is where Hon’ble Supreme Court can lead the way.

Category Others, Other Articles by - Shiva Sambyal