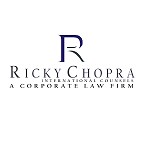 Canada Court Gives Respite to Refugees Coming from the US

The Federal Court of Canada recently declared the Safe Third Party Agreement with the United States of America invalid. The judgement Canadian Council for Refugees v. Canada was given by single judge Justice Ann Marie McDonald July 22, 2020. It opines that the agreement violates the Canadian Charter as well as certain provisions of the Constitution of Canada. The judgement combines the petitions of the Canadian Council of refugees, Council of Churches, Amnesty International and Nedira Mustefa. Read on to know the stand of Ricky Chopra International Counsels, one of the best Corporate Law Firms in Gurgaon, on this matter.

All about the US-Canada Safe Third Party Agreement

The US-Canada Safe Third Party Agreement was passed under Section 101 Act, 2001.  It entered into force in the year 2004. Under the Agreement, both countries mutually regard each other as safe for refugees. As a result, a refugee can seek asylum in the first country he or she arrives. That is to say, if a person who has sought asylum in the U.S.A, cannot subsequently ask for it when he arrives in Canada. This is because, it is presumed that the level of protection afforded to refugees in both the countries is the same. The objective behind the Agreement is to stop ‘asylum-shopping’.

Why it was Declared Invalid?

The judgement cites that the treatment of refugees in the US violates laws and international treaties to which Canada owes allegiance. Some of the reasons given in the judgement for declaring it invalid are:

The ruling mentions that detention of refugees, separation of family members and strict eligibility conditions for refugee status in the US are few of the practices of US immigration policy that are not in tandem with those of Canada. Ironically, USA is the only country to which Canada has granted the ‘safe third party’ status under the 2001 Act.

Under the agreement, either party is entitled to terminate it by giving a six months’ notice to the other party. The Canadian Court has therefore given the parliament a time period of six months to take the appropriate steps. Until then, the agreement continues to be in force.