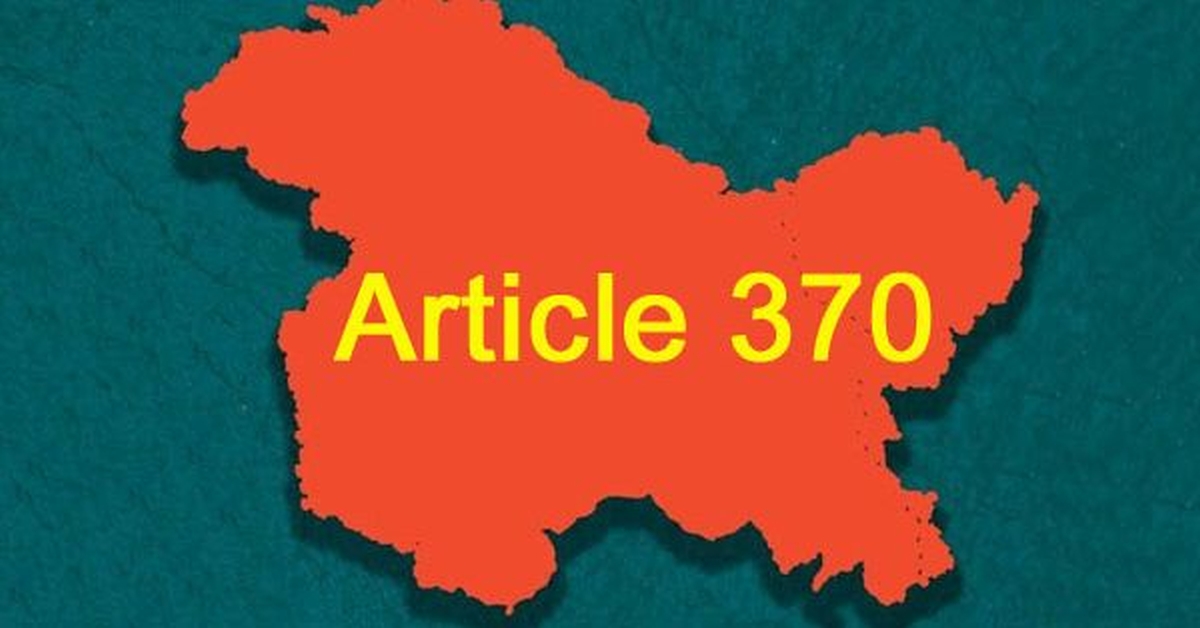 Out of the three most exacerbated territorial conflicts in the world viz. South Korea-North Korea, Israel-Palestine and Jammu-Kashmir, it the last one that has, for the past few years, been most keenly watched by the geopolitical actors around the world. Jammu & Kashmir (hereinafter as J&K) as an integral part of Indian Territory has had a special status conferred to it by the recently scrapped Art. 370. So what does it entail for the people of J&K?

What is the Conflict in Kashmir About?

Kashmir was a former Princely State in the British Empire in India, the Indian Independence Act which provided for the partition plan allowed the princely states to either accede to India or Pakistan. In October 1947, Maharaja Hari Singh of Kashmir chose to join India by signing the Instrument of Accession, as the western parts of the state got wrested from the Maharaja's control by the rebel forces which led to the creation of Azad Kashmir, controlled by the Pakistan government.

Thereafter, India and Pakistan fought several wars and engaged in many armed skirmishes as both countries laid claims to the entirety of the J&K territory. Currently, around 55% is Indian-administered territory, 30% is Pakistan-administered and the remaining 15% is under Chinese control. [1]

J&K was provided a special status by the Indian Constitution through Art. 370- this article along with Art. 35A which was added by the Presidential Order of 1954 specified that the citizens of J&K were governed by a separate constitution and have different rights than the other Indian citizens regarding the right to property, settlement and employment in the state etc..

This article was made a temporary provision in the Constitution of India given the ever changing circumstances in J&K. The same has now been revoked by the current government citing that the Article has outlived its utility and it's essential to integrate Kashmir with the rest of the country.

The Indian Government has taken a teleological approach whereby it is focussing on the prospective development and private investment that would now be possible in the valley, which would not only generate employment but also fulfil the outstanding demand of full integration with the Indian Territory. One outcome which has been time and again attributed as a major reason for revocation of Art. 370 is that it would provide for myriad avenues for the youth of Kashmir to get involved in the economic uplift of the region and thereby suppressing the prevalent separatist tendencies. As much as this sentiment is resonated across political party borders in India, the procedure followed in order to abrogate the special status is questioned by most.

The decision of breaking the state into two Union Territories (viz. Jammu & Kashmir and Ladakh), thereby altering the administration, by increasing the Central Government authority and diluting state autonomy, has also been cited as a reason for opposing the move.

The Government of Pakistan, on the other hand, has condemned the action with loud voices raised from the pulpit of their own Parliament as well as from the stages of various International forums. Though the permanent members of the UN Security Council have called the move 'an internal matter of the Indian state', the Pakistan government has continued its resistance in bold speeches and bolder challenges. The Chinese government has also showed limited resentment towards alteration of the status of the Buddhist-majority region of Ladakh.

What the geopolitical ramifications of the move in future would be depends upon the gusto with which the Indian Government handles the political and public sentiment inside and outside of Kashmir while also aligning its own economic and political interests with that of the regional public.

Humanitarian Fallout in the Valley

On August 5, when the decision of abrogation of Art. 370 was taken in the Indian parliament, the Kashmir valley and its residents were placed under curfew, the number of armed forces in the valley had been significantly increased and the political leaders were placed under house arrests. The government had claimed that this was done in order to prevent unrestin the valley fuelled by the separatists. The fact that the future of Kashmir was decided by almost negligible representation from the citizens of Kashmir is a matter which remains to be explained by the government walking a very tight rope.

The Kashmir Constituent Assembly had been suspended last year and the state since then had been under the Governor's Rule. One of the provisions of Art. 370 was that it could be abrogated or amended only upon the recommendation of the State's Constituent Assembly. Whether the Governor in the absence of the Assembly could give assent for such abrogation is also a legal question that arises out of the Kashmiri quagmire.

The question whether the Kashmir economy flourishes as a result of the move or whether the Indian Economy in entirety is thrown in a tailspin, can only be hypothesised at best at this juncture but the fact that the humanitarian values and rights of the people need to be conserved and prioritised over any political/international gimmicks is unlikely to be open to debate.

Published in Others
Views : 558