Basic principles of drafting a contract 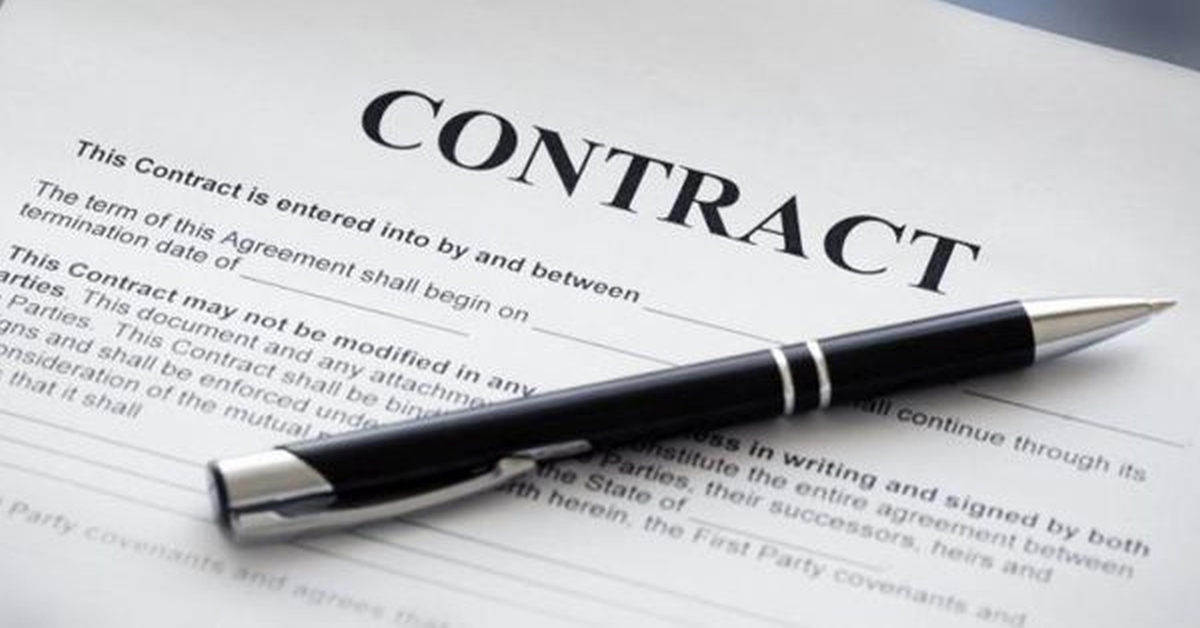 What is a contract?

According to Section 2(h) of The Indian Contract,1872 'An agreement enforceable by law is a contract'.

An agreement consists of reciprocal promises between the two parties.  All agreements are not enforceable by law and therefore, all agreements are not contractsIn case of a contract each party is legally bound by the promise made by him. The clauses in a contract bind them to certain obligations, terms and situations and the remedies the aggrieved party can lodge to upon a breach of the contract in case of default by the opposite or defaulting party. Errors in drafting or any other shortcoming in a contract on account of an unethical drafting has induced loss to many clients around the globe.

Essentials of a valid Contract

It has been noted above that an agreement enforceable by law is contract. All such agreements which satisfy the conditions mentioned in Section 10 of The Indian Contract Act, 1872, are contracts. Section 10 is as under:

'All agreements are contracts, if they are made by the free consent of parties competent to contract, for a lawful consideration and with a lawful object and are not hereby expressly declared to be void.'

The essentials needed for a valid contract, therefore are as under:

A contract entered into with a minor is void as laid down in a leading case of Moharibibee v. DharmodasGhose(1903) 30 I.A. 114 (PC)

c. There should be lawful consideration and lawful object in respect of that agreement.

d. There should be free consent of the parties, when they enter into the agreement i.e. the consent should be free from flaws viz. coercion or undue influence or fraud or misrepresentation or mistake.

e. The contract must not be the one that has been expressly declared void.

1) Identify the purpose:It is maximum essential to the drafting process, to make certain that you have properly recognized what the object of the settlement is. A proper communication with the client is the sole objective while drafting a contract. Listen to the client carefully and affirm with him, also double check with him i.e. what you already know exactly is same as what he wants. Missing out to shield a particular interest of the client or failing to cowl a danger that the patron wants to be protected in a contract will defeat the reason of the settlement.

2) Thoroughly understand the legal provisions regarding the object:It is a common mistake to suppose that drafting of a agreement isn't always very tough and even a beginner can do it with the assist of several templates available online. It is probably useful at instances. However, while stakes are high enough, humans flip to a legal professional for their expertise, foresight and negotiation abilities. You are speculated to draft a agreement free of loopholes, not to mention make an illegal and void contract. Every clause is to be weighed and measured and heavily edited because the settlement is placed out to the alternative celebration for his or her attention. Lawyers additionally make certain that all the provisions in the agreement are well suited with the law of the land and can be enforced. A contract may run into dozens of pages and have loads of clauses relying on priority of a particular organisation or how high the stakes are in a count number.

3) Avoid unnecessary complications: The language of the contract should be simple and easy to understand and must be stated with conciseness and precision.

4) Payment terms:When goods or services are being secured, requirement of prepayment, if any is to be virtually introduced out. When does the contract require the party to the contract to pay? Pay in advance absolutely or partially or wait for overall performance? It is surprising how oftentimes such contracts get disputed. It is advisable to require charge after shipping, or to make payments matching development of deliveries if the contract calls for overall performance over a time frame.

Also, disputes generally occur due to the fact the settlement does no longer accurately specify the responsibilities or the obligations of the parties. One must think through in this scenario as well as what the party desires to be delivered as a product, and how the development will be measured and tied to the duty to make fee or supply product or offerings.

6) Cover all the possible situations that may occur: Think of what are all the feasible occasions that could affect the contract, such as the worst. This will help you safeguard the client's best interests.

A contract is drafted with the following basic sections:

1) Title: You can give any appropriate title to the agreement. It is best that if the agreement has a title that is commonly understood in the market for example:- Services agreement, shareholders agreement etc. or something that describes the relationship between the parties like Distribution Agreement etc.

2) Preamble: The preamble is said to consist of short sentences which are separated with semicolons. These are preceded by the first clause of the contract, and provide a basic background to it, thus further explaining what is the purpose behind entering into the contract by the parties.

6) Subject matter of the contract: The terms and conditions on which the parties have agreed to before entering into the contract must be specifically mentioned. For example there should be mentioned what the parties are abstained from doing, what are their obligations, how the services should be performed, the date of the delivery of the services and other such pinots as may be mentioned or prescribed by the client.

7) Confidentiality: Who are the ones with whom the terms of the agreement can be shared and under what occasions? What all cautions should be taken to keep the contents confidential? Are there any exceptions? These above questions look like a plain cut, copy and paste clause but it can be described and can be framed in many different ways.

8) Term of the contract: The contract must mention the term for how long the contract shall be in force i.e. the duration of the agreement should be mentioned as it is closely tied to the termination and renewal clauses.

9) Termination: Mention the conditions as in what all circumstances the agreement can be terminated.

10) Representations and warranties: Every transaction is based on a set of statements of fact or assertions about the quality and quantity of a specific commodity. Breach of any of these activates the right to seek compensation. It can also lead to the release of the other party from performing its obligations.

11) Indemnification and Risk Allocation: The most important under the contract is to provide the right of indemnification to the parties if the party finds out that the other party has breached one or more of its representations. Sometimes breach of responsibility by one party can lead to severe losses to the other party. In this way representations serve as a mechanism for allocating economic risks between the parties.

12) Governing Law: The contract should mention the law applicable to it.

13) Dispute resolution: If the parties want, they can add a clause directing the parties to solve any dispute that arises out of the contract and the same can be heard and disposed of by way of arbitration instead of going to the court.

14) Amendment: To set up a procedure of amendment inside the contract, you could add an amendment clause, describing hoe the changes can be done in the contract.

15) Notice: It lets in the events to speak in a distinctive manner inside a predetermined time limit when a sure unique condition takes place.

16) Severability: In an event if any provision within the contract is observed to be invalid or illegal, the parties simply state that the remaining portions will continue to be valid.

17) Set off: A set off clause disallows a party to deduct debts owed by the opposite party to him, from the cash he's vulnerable to pay to such party.

18) Force Majeure: The clause specifies the situations which are not in control of the parties and are unforeseeable. Such situations include flood, earthquake etc.

19) Jurisdiction: It is advisable to mention the court of which state or country (in case of an international contract) will have the jurisdiction over the matter in case of any dispute arises.

20) Signature and seal, location of execution and witnesses: Typically, the first and the last pages contain full signatures along with the location of the execution of the contract entered into by the parties and all others are initialed. Some contracts like for transfer of immovable property, it may require attestation by the witness, who has to sign in the same way as the parties.