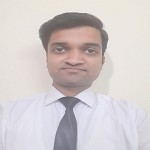 All about the job of Public Prosecutors in India!

For a man who does not belong to the field of law, it would be difficult to understand the meaning of the public prosecutor from the above said definition and for them, public prosecutor can be defined as “an advocate who on behalf of the either State Government or in some cases, the Central Government, prosecutes the accused person for the offence committed by him, in the criminal courts.”

Google Dictionary defines the public prosecutor as “A law officer who conducts criminal proceedings on behalf of the state or in the public interest.”

Merriam Webster defines the public prosecutor as “A public official charged with the investigation and prosecution of the punishable acts on behalf of the state or an international commission.”

So, by concluding the all above said definitions it becomes very clear that public prosecutor is an officer appointed by the government, who deals with the case against the accused person, on behalf of such government for an offence committed by him.

Need for appointment of the Public Prosecutor

The answer to above said question is that “when an offence is committed by an accused person, the commission of offence is not only against the victim/individual but also against the State/Society because, crime committed by such accused person has impact not only on the victim but also on the society at large and therefore, In order to protect the interests of society, the State Govt. appoints its own advocate to defend the interests of the society.”

Appointment in the High Court and Sessions Court(Section 24)

Sub-section (1) of the Section 24 says that the “for every High Court, the Central or the State Government may after consultation with the High Court , shall appoint the Public Prosecutor and may also appoint the Additional Public Prosecutors for conducting in such court, any prosecution, appeal or any other proceeding.”

Appointment in the Courts of Magistrates (Section 25)

Section 25 of the Code says that the “State Govt. shall appoint in every district one or more Assistant Public Prosecutors for conducting the prosecution in the Courts of Magistrates.”

Similarly, Central Govt. may also appoint one or more Assistant Public Prosecutors for conducting the prosecution in any case or class of cases in the Courts of Magistrates.

For appointment of the Public Prosecutor either in the High Court or the Court of Session, section 24 says that “person shall be eligible for the appointment only if he has been practising as an advocate for not less than 7 years.”

In case of the appointment in the Courts of Magistrates, no eligibility criteria have been specified by the section 25 and different states have different rules in that regard.

Either Central or State Government may appoint for any case or class of cases “any person who has been practising as an advocate for not less than 10 years as Special Public Prosecutor.”

Generally, the Special Public Prosecutor is appointed in special cases by the Govt. and more probably in those cases which are serious in nature and they have caused substantial impact on the society like Nirbhya Case, 26/11 attacks, Afzal Guru’s attack on parliament, 2G Scam, etc.

“we see great usefulness in the suggestion, that the prosecuting agency should be separated from and made independent of its administrative counterpart, that is the Police Department, and that it should not only be responsible for the conduct of the prosecution in the court but it should also have the liberty of scrutinising the evidence particularly, in serious and important cases, before the case is actually filed in the Court. Such a measure would ensure that the evidence in support of the case is carefully examined by a properly qualified authority before a case is instituted so as to justify the expenditure of the public time and money on it. It would also ensure that the investigation is conducted on proper lines, that all the evidence needed for the establishment of the guilt of the accused has been obtained. The actual conduct of the prosecution by such an independent agency will result in a fairer and more impartial approach by the prosecutor of the case.”

Therefore, after the long demand of the Law Commission to release the public prosecutors from the clutches of the Police Department, and various decisions of the Honourable Supreme Court in favour of this issue, the Criminal Procedure Code, Amendment Act, 2005 made a directory provision in this regard, which gave discretionary power to the State Governments to establish the Directorate of Prosecution.

Directorate of Prosecution ( Section 25 A)

However, if the Advocate General functions as a public prosecutor, then this provision do not apply to him.

ROLE OF THE PUBLIC PROSECUTORS

The Code of Criminal Procedure, 1973 did not provide that in what spirit the Public Prosecutor shall discharge his duty. However, the principle in this regard is well settled which is to place before the court, all the facts and evidences irrespective of the fact that it favours the accused and leave the rest to the court to decide. Public Prosecutor shall not act as a mouthpiece of the either victim or the investigating authorities; neither he is there to secure the conviction by hook or by crook.

“A Public Prosecutor shall be personally indifferent to the result of the case. His duty should consist only in placing all the available evidence irrespective of the fact whether it goes against the accused or helps him, before the court, in order to aid the court in discovering the truth. It would thus be seen that in the machinery of justice a Public Prosecutor has to play a very responsible role; the impartiality of his conduct is as vital as the impartiality of the court itself.”

“The duty of the prosecutor in such a trial is not merely to secure a conviction at all costs but to place before the court whatever evidence is possessed by the prosecutor, whether it be in favour of or against the accused, and to leave the court to decide upon all such evidence ­­­­­­---  whether accused was or was not guilty of the offence alleged.”

CHALLENGES FACED BY THE PUBLIC PROSECUTORS IN THE CURRENT SCENARIO

The Public Prosecutors in India, in current scenario are facing the numerous challenges in their day to day life. Some of the challenges that are faced by them are as under:

The strength of the public prosecutors in the prosecution wing is very low because of which the public prosecutor has to face the numerous challenges. As a consequence of shortage, the existing public prosecutor has to see around two to three courts daily. The workload is such that sometimes he does not get time to have his lunch. Apart from the prosecution work he also has the other obligations to fulfil like helping police in their investigation, processing the challan, giving legal opinions on matters referred to him by the bureaucrats etc. All of these not only creates the frustration in mind of the prosecutor but also prevents him from giving time to his family, friends and relatives. This gradually leads to poor job satisfaction.

The lack of co-ordination between the prosecutors and the police is one of the major challenges that are being faced by the public prosecutors. The police officer though required, but is hardly aware of the legal intricacies involved in the particular case. He either intentionally or unintentionally misses the various important evidences or links that are very important to particular case of which the public prosecutor is not apprised of during the investigation. The prosecutor only comes to know about the same at the time when the investigating officer submits his report/challan under section 173(2) Cr.P.C and at that time, the public prosecutor can hardly do anything.This leads to acquittal in the cases despite of the fact that such cases would have ended up in conviction if the IO had done his duty properly. Many of times, one can easily find while reading the judgments of the Supreme Court and High Courts,that the IO of the particular case has not done the investigation as required, as a consequence of which the Courts has no other option but to acquit the particular accused on basis of lack of evidence. This is the consequence of lack of co-ordination between the public prosecutors and the police and this factor is ultimately leading to the low conviction rate in India .

Therefore, there is need to have better co-ordination between the Prosecutors and the Police so that the investigation is being conducted by the IO as required which can help the public prosecutor in trial to secure the conviction in genuine cases. However, it is not going to happen unless there is political will. Law Ministry at the Central and State Levels has lot to do in this regard.

Training is very important. It serves the two purposes firstly, person becomes aware about the functions of position of which he is getting training and how to perform such functions properly. secondly, it keeps updating the trainer about the current trends.

Governments must be liberal when it comes to the salary and other facilities to the public prosecutors because, they are backbone of the criminal justice system and if they would be kept happy, then it will definitely help and motivate them to do good in their duties.

5.  Interference from the Government:

It is very common for the public prosecutor like police and bureaucracy to face the interference from the government. Despite of the fact that public prosecutors in India are separate agency in itself and they has to discharge their duty in spirit as above said, still this fact can’t be ignored that the interference in the working of Public Prosecutors by the Govt. is common especially in the High Profile cases involving the person having strong background or relating to the ruling party in the State or Centre.

To conclude, the Public Prosecutor is the indispensible part of the criminal justice system. He has to discharge his duty with the spirit of bringing the truth in front of the court irrespective of the fact that whether it is against the accused or not, so that the judge can deliver a verdict and can do justice. In short, one can say that he has to assist the Court in doing the justice. There is great responsibility attached to the office of the public prosecutor, so, it becomes imperative for the government to take care of him so that he can function smoothly and can focus on his core duty of bringing truth in front of the court.

Bio- Author is the criminal lawyer practising at the Punjab and Haryana High Court and District and Sessions Courts, Mansa (Punjab).