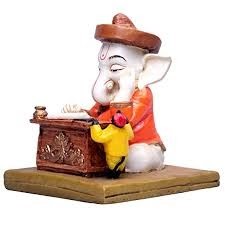 A Brief Summary on Payment of Gratuity Act

As held by Honorable Supreme Court in the case of Indian Hume Pipe Co Limited vs its Workman, the general principle underlying Gratuity schemes is that by faithful service over a long period of time the employee is entitled to claim a certain amount as retirement benefit. The Payment of Gratuity Act 1972 was enacted by the central government to achieve two major objectives :-
Firstly, to ensure that the Payment of Gratuity to employees throughout the country is based on a uniform pattern
Secondly, to avoid different treatment in case of employees of a single establishment having different branches in different states
Thus the Parliament of India enacted this act based on the West Bengal Employees Payment Compulsory Gratuity Act 1971.
Coverage Under Gratuity Act
Firstly the act applies to factory, mine, oil field, plantation, port, and Railway company.
Secondly the act applies to every shop establishment within the meeting of any no for the time being info in relation to shops and establishments in a state. For being covered under this clause the shop and establishment must have 10 or more persons employed on any day of the preceding 12 months.
Thirdly the act applies to such other establishment or class of establishments in which 10 or more employees are employed where employees on any day of the preceding 12 months as the central government may buy notification published in the official gazette specified in this behalf.
As held in the case of Municipal board Gangapur v Controlling Authority under POG Act, as as the Gratuity Act is social legislation and should be given more expensive application. The term establishment bus be integrated liberal hence municipality a Deemed to be covered under section 1.
But the gratuity Act does not apply to apprentices and persons who hold civil posts under the central government or state government being governed by any other enactment or there any rules providing for payment of gratuity. Under Section 5 government may exempt any establishment covered by this gratuity Act from the provision of this act if the employees of Such establishment are in receipt of gratuity or pensioner benefits not lower then benefit provided by the act.
Employer once covered under this act cannot do away with his liability, Under section 1(3A), a shop and establishment to which the act has become applicable shall continue to be governed by the act notwithstanding that the number of persons employed there in at any time after the gratuity Act has become so applicable falls below 10. This provision was inserted in the Gratuity Act to keep a check on the tendency of employer's to show the number of employees below statutory minimum to reduce their liability.
Employee Under Gratuity Act, In simple terms employee means a person employed on wages this employee may be employed in any establishment, factory, mines, oil field, plantation,, railway company or shops.The employee maybe in skilled, semi skilled, unskilled, manual, supervisory, technical, clerical work. It makes no difference whether or not such person is employed in a managerial administrative capacity.
Meaning of Wages under Gratuity Act:- The term wages memes on monuments which are earned by an employee while on duty only in accordance with the terms all conditions of his employment and which are paid payable to him in cash. This will include dearness allowance, but it does not include any bonus, commission, house rent allowance, overtime wages and any other allowance. It was held in the case of ambika saw Mills verses assistant Labour Commissioner that supply you free food by employer company is merely amenity can not form part of and we added to cash salary paid to employees to form is total wages for computing amount of Gratuity payable to him.
Payment of Gratuity Rules and Due Dates
Under Section 4 of the payment Gratuity Act 1972 gratuity shall be payable to an employee on the termination of his employment after he has rendered continuous service for not less than 5 years.
Termination of employment may result from

As held in the case of darshan Engineering Works vs controlling authority where an employee continues to work after superannuation he will be entitled to gratuity for the entire period and not only up to his superannuation.

Under provision 1 to Section 4(1), the provision of continuous service of 5 years shall not be necessary where did termination of employment happened due to death or disablement. In case of death the amount of gratuity be paid to the nominee. If there was no nomination made gratuity shall be paid to the heir. Where the nominee or heir is a minor then the amount of gratuity shall be submitted to the controlling authority. The minor can use this fund when he attains majority.

Continuous service is defined under section 2-A, means a period of uninterrupted service including service which may be interrupted on account of

As was held in the case of Dalmia Magnesite Corporation vs regional Labour Commissioner Madras if this service is interrupted for reason other than mentioned above it shall be deemed has not been continuous service.

Where an employee not being an employee employed in a seasonal establishment is not in continuous service for any period of 1 year, shall be deemed to be in continuous service under the employer if during the period 12 calendar months preceding the date with reference to which calculation is to be made, he has actually worked under the employee for not less than 190 days in the case of an employee employed below ground in a mine or any establishment which work for less than 6 days in a week and 240 days in any other case. Under clause 2 of section 2A when determining the continuous service for any period of 6 months rather then 1 year for Payment of Gratuity, the number of days the employee should have actually work should be half the number of days actually work which constitutes continuous service for a period of 1 year. What this means is if we are calculating gratuity for a period of 6 month rather than 1 years then 190 days will be replaced by 95 days and 240 days will be replaced by 120 days.

Like this if an employee has been on leave with full wages that where earned in the previous years or he has been absent due to temporary disablement caused by accident arising out of and in the course of his employment shall be Deemed to be in continuous service.

Under clause 3 of section 2A in case of seasonal establishments acumen shall be Deemed to be in continuous service if he has worked for a period constituting 75% of the number of days on which the establishment was in operation insert 6 months or 1 years.
In Jeevan Lal Limited v its workmen, the claim to gratuity is not forfeited by interruption in service, even though it is over a long period. If the leave is condoned and the employee has been allowed to resume employment by employer.
Superannuation means the attainment by the employee of Such age as is fixed in the contract or conditions of service as the age on the attainment of which the employees vacate his employment. Retirement lease termination of the service of an employee otherwise than on superannuation. This means if the employer by his own wish retire an employee it will be termed as retirement. But if the employee is discharged on attainment of a specific age then it is superannuation.