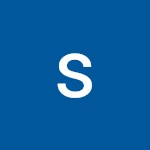 
Indian legal system considers a person "innocent until proven guilty" and therefore the arrest of a person will be a violation of citizen’s fundamental right of Article 21 of Constitution "No person shall be deprived of his life or personal liberty except according to the procedure established by law." The procedure contemplated by this article must be "right, just and fair" and not arbitrarily or fanciful or oppressive. Arrest of an accused is not a punishment as mob opinion dictates but it’s merely done in order to ensure the presence of the accused in trial in connection with any offence to which he is directly or indirectly connected or to prevent the commission of a criminal offence. In a free society the personal liberty of a person is of utmost importance and even the sovereign is also not allowed to take it away without any reasonable reason and strictly according to the procedure established by law.

Power on Police to arrest

There might be circumstances where prompt and immediate arrest is needed and there is no time to approach a magistrate and obtain a warrant, for instance in a case where a serious crime has been perpetrated by a dangerous person and there is every chance of the person absconding unless immediately arrested. Similarly there may be occasion where preventive action may be necessary in order to avert the danger of sudden outbreak of crime.

Section 41(CrPc):- When police may arrest without warrant:

(i) A police officer may arrest without a warrant any person who has committed a cognizable offence and a credible info is existent.

(ii) Is found in possession of an incriminating substance

(iii) Has been proclaimed an offender under the code of by state.

The above section provides wide powers to the police which had to be checked and it was the landmark judgment (DK Basu v State OF WB AIR 1997 SC 610) by supreme court that brought changes into the act.

2008/2010 amendment of Section 41 made powers of police officers to arrest without warrant to be exercised with reasonable care.

Section41A: Notice of appearance before Police officer- Under this, the police officer may not arrest the person but give a notice to the person suspected of committing a cognizable offence to appear before him at a given date and place

Section 41B: Procedure and duties of a police officer- A police officer should wear a proper uniform and identification plate (b) prepare a memo attested by one witness who is a member of the family and countersigned by the person arrested(c)inform the person arrested unless the memo is attested by a member of his family that he has the right to have a relative or a friend named by him to be inform about the arrest.

Section 41C: Control room in all districts- Govt shall establish police control rooms in every district and at state level. (1) Names and address of the person arrested shall be displayed at the notice boards (2) create a database for the information of general public

Section 41D: Right of arrested person to meet an advocate of their choice during interrogation

These provisions are going a long way to prevent the wide discretionary powers of the police to be misused and creating a balance. Other important rights are

Section 50 (1): Person arrested shall be informed the grounds of his arrest. (2) When a person is arrested for a non bailable offence police shall inform him that he is entitled to be released on bail

Right to be taken to magistrate without any further delay: when any person is arrested bailable or non bailable, the person making the arrest must bring the arrested person before a judicial officer and the arrested person should not be confined to any other place other than the police station. These matters have been provided by Section 56 and 76. Also the person cannot be detained without any judicial scrutiny for more than 24 hours (section 56)

The above right has been strongly protected by the courts. The apex court had strongly urged the state and its police to follow these provisions and any authority failing to do such shall be guilty of wrongful detention

In Arnesh Kumar V State of Bihar [(2014) 8 SCC 273] Apex court was dealing with a 498A case and being aware of the misuse of this statute emphasized the need for caution in exercising the drastic power of arrest by the police and also advised to not issue detention casually and mechanically.

Illegal arrests are a big problem in India and a much bigger problem is custodial deaths (torture, rape).it not only infringes our Article 21 but its also against the basic human rights and have no place in a welfare state. The right to life of a citizen cannot be put in abeyance on his arrest. What is even more disturbing is that such acts are done by persons whose job is to protect us. However seeing the present environment its not easy to criticize the authorities as they are also facing the hostile environment of their job but a balanced approach should be followed where the rights of the citizens are not infringed but the investigation is also not obstructed and offenders should be brought to justice.