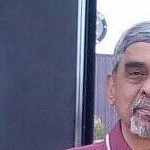 The Supreme Court has upheld the conviction of advocate R K Anand for trying to win over the prosecution witness to save Sanjeev Nanda, accused in the BMW hit-and-run case, resulting in the death of seven people.

A bench headed by Justice B N Agrawal, however, acquitted another advocate I U Khan.

Anand was held guilty of contempt of court by the Delhi High Court for trying to obstruct the course of justice and was debarred from appearing in any court in Delhi including High Court for four months.

He was caught on camera in a sting operation conducted by a private news channel while trying to win over the prosecution witness Sunil Kulkarni by offering him money on behalf of Sanjeev Nanda, son of an arms dealer and grandson of former Navy chief S M Nanda.

The Delhi High Court has also ordered prosecution of Kulkarni holding him guilty of misleading the court.

Anand was caught on camera while negotiating the deal with Kulkarni and telling him to demand Rs five crore from the Nandas.

He has also been stripped of his designation as senior advocate.

Describing the quantum of punishment awarded by the Delhi High Court to a leading Delhi lawyer R K Anand, convicted for contempt of court, as wholly inadequate the Supreme Court issued him notice for enhancing his punishment for trying to win over a prosecution witness in the BMW hit-and-run case to save culprit Sanjeev Nanda, currently undergoing imprisonment.

The Delhi High Court, in June last year, had debarred R K Anand and I U Khan for four months from appearing in any court in Delhi, including the High Court after holding them guilty of contempt of court for obstructing the course of justice by influencing the witnesses in the case in which seven persons were killed by Nanda, who was driving his BMW in an inebriated state.

A bench comprising Justices B N Agrawal, G S Singhvi and Aftab Alam also deprecated the attitude of Bar Council of India and state bar councils for their dismal failure to keep up high professional standards among lawyers.

The apex court also pulled up the High Court for remaining a mute spectator when the BMW case trial was being hijacked by the powerful and influential culprit through the use of money and muscle power.

Justice Alam, speaking for the bench, noted that the petitioner Anand should have been debarred from appearing in the courts for a much longer time.

The apex court, however, allowed the appeal of I U Khan and acquitted him of the charge of contempt of court.

It further said the full High Court might also consider whether I U Khan should be allowed to continue with the designation of a senior.

The High Court had also imposed a fine of Rs 2,000 each on both Anand and Khan.

Anand was caught on camera telling prosecution witness Sunil Kulkarni to demand Rs five crore from the Nandas. Both the lawyers were to have share of 50 per cent each.

The High Court has already ordered the prosecution of Kulkarni for perjury.