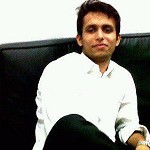 As we observe, there are umpteen number of columns on the present issue speaking about the recommendation proposed by the Law Commission of India, while the present chapter contracts with, what else is significant to tame the issue of wrongful prosecution in India. While penning this article I recall the maxim “Fiat justitia ruat caelum” i.e. Let justice be done, though the heaven should fall. More or less our system works on the said principle.

Based on the Order dated 30th November 2017, passed by the Hon’ble Delhi High Court in the case of Babloo Chauhan @ Dabloo v. State Government of NCT of Delhi[2], the Law Commission of India (Hereinafter referred to as “Commission”) submitted it's reported vide report dated 30th August, 2018[3].

The Commission in its report supra rightly pointed out that there is no legislative structure to grant assistance to those who are wrongfully pursued, and that there is a demand and for the enactment of explicit statutory arrangement for redressal of problems of a miscarriage of justice emerging in wrongful prosecution covering both the substantive and procedural aspects. Creating a statutory liability on the State to compensate the sufferers of wrongful prosecution and a corresponding statutory right of compensation for the reported victims. The Commission further recommended core principles stressing the proposed legal structure which are:

It can be cautiously estimated that an individual detained and sentenced for the crime he did not commit clearly infringes human rights in as much as Article 14(6) of the International Covenant on Civil and Political Rights, 1966[4] confers an obligation upon the State to prohibit the problems of miscarriage of justice arising from wrongful prosecution and further, if the persons wrongfully prosecuted, the state has to compensate that person in view of Article 9(5) of ICCPR[5].

As per the commission report, 168 State parties, including India, have ratified the ICCPR. However, not all countries have converted their commitment into law, including India, for which the Commission recommended to make it a legal provision for addressing wrongful prosecution.

After a thorough examination of the law commission report supra we can measure that it proposes to make a specific statutory arrangement for redressal of cases of miscarriage of justice stemming in wrongful prosecution and providing compensation from the state if it proves the wrongful prosecution. The Law Commission report brilliantly enunciated the legal remedies available to the ones wrongfully prosecuted and if proved, the state is obligatory to provide compensation.

As we are familiar with Rudul Sah’s case[6] a landmark judgment in the jurisprudence of state liability. We regard it exceptionally remarkable as it led to the evolution of compensatory jurisprudence for the violation of fundamental rights under the Constitution. This was the early case since the outset that awarded monetary compensation to a person for the infringement of his fundamental rights protected under the Constitution.

Following that the Boma Chara Oraon case, where the Supreme Court affirmed that anyone deprived unlawfully of his life or personal liberty can access the Supreme Court and seek compensation for infringement of his fundamental right under Article 21.

As taken up earlier, in this chapter, what else is considerable to tame the situation of wrong full prosecution is discussed hereinbelow;

Overburdened Courts and delay in trials

Major issue that concern us today is the overload on the courts and not sufficient strength of judges, as per the recommendation Supra one will receive compensation if it is confirmed that he was wrongfully prosecuted, what is more significant is for concluding that the one has been unfairly prosecuted, the trial should commence in a committed point of time. The more the trial is prolonged, the more time it will draw to evaluate if someone was wrongfully prosecuted.

As presented above even if one has to be found innocent by the Courts, it is certainly important for that matter to be listed before the court for hearing, given the fact that our Courts are heavily burdened by the cases, it is unlikely that cases will be listed soon given the fact that we have volumes of matters filed every day and we do not have adequate strength of Judges in the Judiciary. I recall, the headline, which mentions that the the erstwhile Chief Justice of India Mr. Ranjan Gogoi writing to the Prime minister for suitable increase in the strength of the Apex Court Judges and raising the retirement age of High Court Judges from 62 to 65. The prime reason to do so is that pendency of the cases are rising due to the higher rate of filing of the fresh cases[7].

It is terrible to think that in such circumstances, the trials are not commenced early, which results in the sufferance of that person who is wrongly prosecuted which also establishes a suspect whether granting only compensation is ample to the persons wrongful prosecuted or is it effective to provide early trials.

Strictly speaking it can be cautiously asserted in a fashion that a person is first prosecuted wrongly, which appears in many losses to that specific individual such as ridicule in the public, destruction in the business and a considerable question mark is raised on the character of that person(Depending upon the charges he faced). In such a scenario is it really feasible or acceptable to provide merely the compensation to the individual who is acquitted from the trial being found innocent? Or it is essential to make an explicit provision for the persons turning the criminal proceedings in the act without any cause, be it a state officer or an individual?

For precedent, the Hon’ble Apex Court in the case of Rini Johar[8] has recognized and provided directions as to how the section 41-A to be adhered to. Till date the mentioned provision is the most neglected provisions of the Code of Criminal Procedure, which commands the investigating police officer to serve a notice before arrest in conditions, pointed out more particularly in the said provision. In a plethora of judgments we can observe, the officers breaches the mentioned provision, and they arrest the person without following the due process of law. Though the law of the land is bail and not jail, such persons wrongly arrested are not granted bails and are put behind the bars because of the tainted evidences, mischievous and improper investigations.

As of result of which India has one of the highest under trial populations in the world. It is noted to be the 16th highest in the world (out of a total of 217 countries); and the fifth-highest in Asia – after Pakistan, Cambodia, Philippines, and Bangladesh.

It is not the case that there is no provision of having discharge from the case if falsely prosecuted, as section 230 of the Code of Criminal Procedure, 1973, but how many of us have experienced that accused have been discharged from the offenses they are charged with? It is an extreme urgent need that such provisions to be practiced in its true sense so that the innocents are released early if proved not guilty.

Fairly, is it justifiable to mention that spending years behind the bar for the crime you did not commit, the lone remedy you have is to seek compensation from the State? and no claim against the authority because of whom it loomed in wrongful prosecution?.

In my view I sense, apart from the compensation from the state, it is decisive to come up with a mandatory provision to deal with violations perpetrated by investigation officers (I.O) in the course of the investigation and further it is crucial to provide early hearings to the undertrials /accused, these are the only apparent measures to tame the wrongful prosecution and deliver justice to the sufferers.