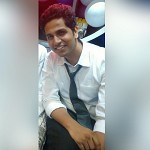 
Preface of the Rules:

Financial Action Task Force (FATF)an inter-governmental body established in 1989 formed with the objective to set standards and promote effective implementation of legal, regulatory and operational measures for combating money laundering, terrorist financing and other related threats to the integrity of the international financial system made various recommendations towards combating Financial Terrorism and Money Laundering. Recommendation 24 & 25 deals with transparency and beneficial ownership of legal persons and arrangements.

If a company is legally owned by a second company, the beneficial owners are actually the natural persons who are behind that second company or ultimate holding company in the chain of ownership and who are controlling it. Likewise, persons listed in the company incorporation documents as holding controlling positions within the company, but who are actually acting on behalf of someone else, cannot be considered beneficial owners because they are ultimately being used by someone else to exercise effective control over the company. Another essential element to the definition of SBO is to identify natural persons on whose behalf a transaction is being conducted, even where that person does not have actual or legal ownership or control over the company.

Significant Beneficial Owner(“SBO') as per section 90(1) of the Companies Act 2013 ("the Act") read with Rule 2(1)(e) of the Companies (Significant Beneficial Owners) Rules, 2018 (“SBO Rules') is every individual, who acting alone or together, or through one or more persons or trust, including a trust and persons resident outside India holds ultimate beneficial interest of at least ten per cent. in shares of a company or the right to exercise, or the actual exercising of significant influence or control as defined in clause (27) of section 2, over the company but whose name is not entered in the register of members of a company as the holder of such shares.

As per section 2(27) of the Act, “control' shall include the right to appoint majority of the directors or to control the management or policy decisions exercisable by a person or persons acting individually or in concert, directly or indirectly, including by virtue of their shareholding or management rights or shareholders agreements or voting agreements or in any other manner.

As per Section 89(10) of the act, Beneficial interest in a share includes, directly or indirectly, through any contract, arrangement or otherwise, the right or entitlement of a person alone or together with any other person to -

(i) exercise or cause to be exercised any or all of the rights attached to such share; or
(ii) receive or participate in any dividend or other distribution in respect of such share.

Beneficial Owner is a person who holds beneficial interest shares of the Company but whose name is not entered in the register of members of a company as the holder of such shares.

Registered Owner as per Rule 2(1)(c) of SBO Rules means a person whose name is entered in the register of members of a company as the holderof shares in that company but who does not hold beneficial interest in such shares.

Rules for identification of SBO in case member is a Company or Partnership firm:

In case member is a Company, SBO shall be natural person, who, whether acting alone or together holds ten per cent. share capital of the company or who exercises significant influence or control in the company through other means;

In case no natural person is identified under abovementioned circumstances, the SBO is the relevant natural person who holds the position of senior managing official.

Senior Managing Official has not been specifically defined in the Act or Rules but as per Section 2(59) of the Act “officer' includes any director, manager or key managerial personnel or any person in accordance with whose directions or instructions the Board of Directors or any one or more of the directors is or are accustomed to act. Secondly, as per section 2(53) of the Act "manager" means an individual who, subject to the superintendence, control and direction of the Board of Directors, has the management of the whole, or substantially the whole, of the affairs of a company, and includes a director or any other person occupying the position of a manager, by whatever name called, whether under a contract of service or not.

As per Section 7 of the Companies Act, 1956, Interpretation of "person in accordance with whose directions or instructions directors are accustomed to act' is:

'Except where this Act expressly provides otherwise, a person shall not be deemed to be, within the meaning of any provision in this Act, a person in accordance with whose directions or instructions the Board of directors of a company is accustomed to act, by reason only that the Board acts on advice given by him in a professional capacity.'

Hence, taking reference of section 2(59) along with section 2(53) it can be construed that Senior Managing Official would be an officer of the Company who, subject to the superintendence, control and direction of the Board of Directors, has the management of the whole, or substantially the whole, of the affairs of a company, and includes a director or any other person occupying the position of a manager, by whatever name called, whether under a contract of service or not excluding persons giving suggestions or directions in professional capacity.

Senior management shall mean officers/personnel of the listed entity who are members of its core management team excluding board of directors and normally this shall comprise all members of management one level below the executive directors, including all functional heads[to be substituted by the following wef 1.04.19 through LODR Amendment Regulations 2018,“CEO/ MD/ WTD/ Manager and shall specifically include company secretary and chief financial officer']

Certain illustrations to elaborate the meaning of SBO:

Here, there would be no SBO as Mr. A himself holds 95% shares in the Company.

In this case since X Ltd holds 80% in A Ltd which is more than requisite threshold limit of 10% hence, SBO need to be determined.

Both of them are jointly holding Ultimate Beneficial Interest in the company. In the above situation, there is cross chain holding amongst companies only and no natural person can be determined holding ultimate beneficial interest of more than 10%. Hence, in such a situation SBO would be a senior managing official of the A Ltd.