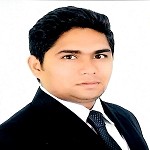 The Law of winding up under IBC


Insolvency for companies was dealt with under a number of pieces of legislation including the Companies Act, 2013 (the “Companies Act”); the Sick Industrial Companies Act, 1985 (the “SICA”), the Recovery of Debt Due to Banks and Financial Institutions Act, 1993 (the “Recovery Act”) and the Securitization and Reconstruction of Financial Assets and Enforcement of Security Interest Act, 2002 (“SARFAESI”).

As a result of this overlap, several institutions had jurisdiction over the insolvency and bankruptcy process. The Company Law Board, the High Courts, the Debt Recovery Tribunals and the Board of Industrial and Financial Reconstruction dealt with the insolvency of entities they govern, which led to the problem of concurrent jurisdiction, systemic delays and other related complexities.

Providing a coherent and unified structure under a consolidated legal framework to deal with insolvency and bankruptcy in India had long been overdue. To this end, the Rajya Sabha passed the Code on 11th May 2016 and sections 188 to 194 of the Code relating to the constitution of the Insolvency & Bankruptcy Board (the “Board”) came into force on 5 August 2016

The Code provides an exhaustive, unambiguous insolvency regime and speedy process for revival of companies and limited liability entities and a corporate debtor or creditors can initiate the IRP. Under the Code, in case of insolvency and liquidation of corporate entities, a minimum default of INR 1 (one) lakh should have occurred. It is felt be some people that this threshold is low and it will be the duty of the adjudicating authorities to firmly distinguish vexatious claims from the legitimate claims of creditors. With respect to creditors, the Code lays down different procedures to be followed by operational creditors and financial creditors to initiate the IRP. Financial creditors refer to any person to whom a financial debt is owed and an operational creditor refers to any person to who a debt with respect to goods or services is owed. It is likely that financial creditors will initiate the insolvency process, since they normally have access to the debtor’s financial records and will be able to assess whether an insolvency scenario is just around the corner. In case of companies, the Code prescribes a limit of 180 days from the date of admission of the application by NCLT (extendable for a period of 90 days with approval of 75% of the creditors) within which the IRP should be completed. On admission of the application by the adjudicating authority it shall declare a moratorium on specified activities, call for the submission of claims and appoint an interim IP. In case of corporate entities, on the first meeting of creditors by a majority vote of 75%, an IP shall be appointed who shall conduct the entire Insolvency Resolution Process(IRP). Such IP shall be responsible for preparing an information memorandum in a manner specified by the Board for formulating a resolution plan. An resolution applicant may also submit such resolution plan to the IP on the basis of such information memorandum. The Code states that the IP shall be responsible for examining the plan to ensure that it provides for management of the affairs of the corporate debtor and does not contravene any provision of the law (amongst other things). Such plan shall be presented to a committee of creditors, who may approve it with the consent of not less than 75% of the creditors.

The adjudicating authority can initiate the liquidating process in the following circumstances:

Where the adjudicating authority passes a liquidation order, the IP shall act as the liquidator and the assets of debtor may be sold to repay its creditors.

The Code lists the order of priority distribution of the proceeds from the sale of the liquidation assets, set out below.

(Note that the debts specified in (2) and (3) shall rank equally between and among themselves).

The Code intends to rationalize the processes and procedures for bankruptcy and insolvency, improve the recovery rates of debt and increase creditor confidence in India, and it should hopefully go some way to address the rights of lenders to enforce security in a distress situation, potentially bringing down the rate of non-performing loans.

Under the new regime, it’s the creditors who will be able to kick off the process (and not the High Court or the NCLT), which is a welcome change.

However, the provisions for appeals and the lack of clarity on issues such as payments to creditors on liquidation could prove to be a setback for the effective implementation of a scheme for insolvency disputes.

The Code vests powers in the Debt Recovery Tribunal (the “DRT”) to act as the adjudicating authority in relation to insolvency matters for individuals and firms.

All appeals from the DRT shall be submitted before the Debt Recovery Appellate Tribunal (the “DRAT”).

The adjudicating authority with respect to insolvency matters of companies and limited liability entities shall be the National Company Law Tribunal (the “NCLT”).

Appeals from any order of the NCLT shall be submitted before the National Company Law Appellate Tribunal (the “NCLAT”).

An appeal from the order of the DRAT or the NCLAT may be filed before the Supreme Court of India.

In an attempt to curb fraudulent and corrupt practices by any IPE, IP or Information Utility, in the event that they contravene any provision of the Code, a penalty equivalent to three times the loss incurred or three times the amount of unlawful gain (whichever is higher) shall be applicable.

The Code specifies that the penalty shall not exceed INR 1 (One) Crore. Limiting the threshold may destroy the purpose of the provision in cases where such IP, IPE or Information Utility has received an unlawful gain more than the threshold specified.

The Code also penalizes any person who has made an unlawful gain or loss with an amount equivalent to such loss or gain.

The Code further provides penalties for corporate entities that do not declare assets owned by it or, otherwise fraudulently conceal such assets.

In such cases, officer of the corporate debtor shall be punished with imprisonment of up to five years, with a fine of up to INR One (1) Crore.

However, punishments may vary depending on the offences committed by individuals and officers of the company.

The author is a B.Com, LL.M