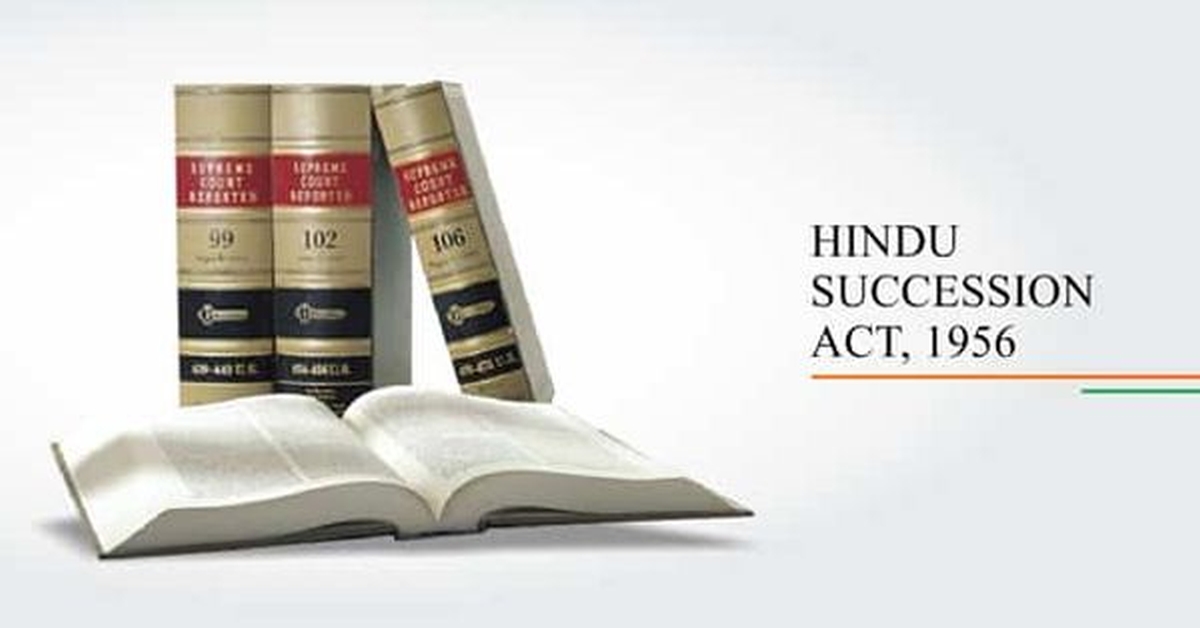 The Bare reading of Section 8 is Section 8.

General rules of succession in the case of males. - The property of a male Hindu dying intestate shall devolve according to the provisions of this chapter: -

(a) Firstly, upon the heirs, being the relative specified in class I of the schedule.

(b) Secondly, if there is no heir of class I, then upon the heirs, being the relatives specified in class II of the schedule;

(c) Thirdly, if there is no heir of any of the two classes, then upon the agnates of the deceased; and

(d) Lastly, if there is no agnate, then upon the cognates of the deceased.

As the Section makes it clear that the property of a Hindu who dies intestate, his property to be divided among the persons shown therein.

The following properties of Hindu male is/are covered/attracted under this section.

i. Self acquired property of a deceased Hindu.

ii. Property of a deceased Hindu, who died before 2005 without leaving coparceners son/s (as on today).

iii. Property of a deceased Hindu, who died after 9th September 2005 without leaving coparceners son/s and daughter/s (as on today)

iv. Property of a deceased Hindu, succeeded by him from his collaterals.

v. Property of Hindu male came to him other than from his father.

1. A Hindu purchased property out of his own efforts. After death it is succeeded by those entitled under Section 8, by class I heirs or by class II if no any class I heirs, or agnates or cognates as per section 8 and 9 to 13.

3. A property inherited from father’s brother/s and sister/s etc i.e. from collaterals, this property is succeeded as per section 8.

4. A property gifted to Hindu male is his absolute property, is succeeded by those entitled under section 8.

There is confusion among legal fraternity and even in judiciary and contradictory judgments over the existence of coparcenary after 1956. But as per my opinion coparcenary is not disturbed under the Hindu succession act 1956. The parliament wanted to abolish coparcenary but fearing backlash did not abolish it. It means that the parliament did not disturb the coparcenary idea. But introduced participation of females in the succession by way of giving them nominal share under notional partition as held by Gurupad Khandappa case. (For details refer to my article on Hindu law analysis from 1956 to till today at lawyers club)

In this regard, there are few apex court judgments which are helpful to cite at bench.

1. Self acquired property of Hindu male.

In KIRPAL KAUR Vs JITENDER PAL SINGH AND OTHERS (2015) AIR (SC) 2967 it is held that Section 8 applies to succession of self acquired property of Hindu male.

2. Female property to be reverted to husbands heirs.

In BAJAYA Vs GOPIKABAI 1978-AIR (SC)-0-793 full bench, held that the succession of female properties under section when to be reverted to husband’s heirs as section15 of Hindu succession act, section 8 is applicable.

It is held that the separated father’s assets cannot be assessed under Hindu undivided family and section 8 is applicable.

It is held that property came to a Hindu under gift is his absolute property and its succession will be under section 8.

5. Property came to Hindu male from Collaterals is his absolute property.

It is held Property came to A Hindu from his uncle is his absolute property.

6. A sole surviving Hindu gets share in partition will hold the property absolutely.

Property got by sole surviving Hindu got in partition is his absolute property till coparcener is born after birth of coparcener it becomes joint family property.

7. Property succeeded under section 8 will be absolute property of successor.

It is held that the person who succeeds to the property under section 8 will be in his individual capacity and not as Karta of the family and so it will be his absolute property.

Rights of different persons of Schedule I

In  SHUBHANGI SHIVJI RAOGHATGE Vs LIFE INSURANCE CORPORATION OF INDIA 1996-SCALE-3-63. It is held that the mother of the deceased will succeed to the estate of her son along with other heirs shown in Class I.

In ATMA SINGH Vs GURMEJ KAUR (2017) AIR (SC) 4604 it is held that even remarried mother is entitled to succeed to her son’s estate as class I heir along with other class I heirs. If the son has left behind son and daughters, mother will get/succeed under notional partition.

When no Class I heirs to deceased Hindu

In SATYA CHARAN DUTTA Vs URMILLA SUNDARI DASSI AND OTHERS, (1970) AIR(SC) 1714, Brothers and sisters succeed to the estate of Hindu male when there are no Class I heirs.