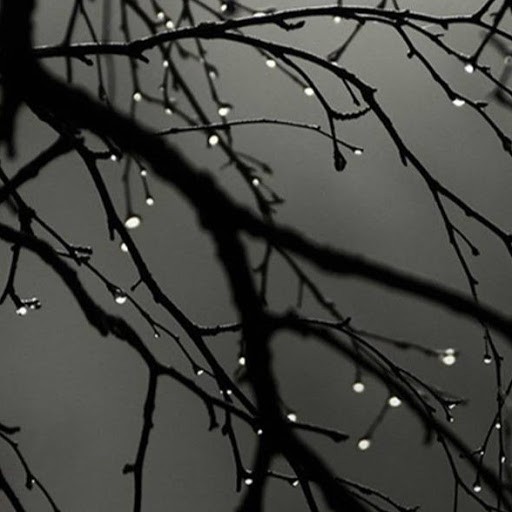 Reports of National Crime Records Bureau (NCRB) show that 93 women are raped every day and this number has been increasing. Section 375 of the Indian Penal Code defines the offence of rape. It is an unambiguous and exhaustive provision with the mention of six distinct descriptions regarding the same. Indian Judiciary recognizes sex obtained without consent or rape.

Section 90 of IPC defines the word "consent". Consent is defined as the person's intelligence and positive concurrence. A woman is said to consent only when she freely agrees to submit herself while she is free and in unrestricted possession of her physical and moral power to act. Additionally, she has to be free from the influence of fear, terror, and false promise. The descriptions from 'thirdly' to 'sixthly' of the Section 375 of IPC stipulate the conditions where the consent would be deemed to be vitiated and, thus, result in the sexual act to amount to the offence of rape.

CONSENT ACCQUIRED ON THE GROUND OF FALSE MARRIAGE PROMISE

Section 90 of IPC read with Section 375 of IPC provides that when the consent of the women engaged in sexual activity was obtained by “misconception of fact”, the sexual activity will amount to rape. The false marriage promise made by an accused to a victim falls within the ambit of the aforementioned “misconception of fact”.Therefore,the consent of victim is vitiated law rendering the act the sexual act to amount to rape. The accused is penalized for the offence of rape in accordance with Section 376 of IPC.

In Yedla Srinivasa Rao Vs. State of A.P.,[2007] 1 SCC (Cri) 557, the accused had committed rape on the victim and when the victim had resisted, he had assured her with the false promise of marriage. The District Court of Delhi had held that the consent obtained by the accused was deemed to be vitiated as the victim before was under a misconception of the fact that the accused intended to marry her, which he did not, and had submitted to sexual intercourse with him.Therefore, the accused was incriminated for the offence of rape.

In Anurag Soni v. State of Chhattisgarh,[2019] 13 SCC 1 : 2019 SCC OnLine SC 509, the accused had proposed to marry the victim when he already had plans to marry another girl. He had sexual intercourse with the victim by providing her with the promise of marriage which was false. The consent of the victim was held to be invalid as it was given under misconception of fact. The Accused was convicted of rape under Section 376 of IPC.

It can be concluded that for convicting the Accused of rape on the pretext of false marriage promise, the following conditions are required to be met with:

RELEVANCE OF INTENTION OF ACUSSED

One of the sine qua non of offence of rape on pretext of false marriage promise is that the promise to marry was false. It should be undoubtably proven that ab initio, the accused did not have any intention to fulfil the promise of marriage instead he had promised the victim to lure her to have sexual intercourse with him. In Yedla Srinivasa Rao Vs. State of A.P and Anurag Soni v. State of Chhattisgarh, it was evident that the accused never the intention had to marry the victims. Their mala fide motives to use the victims to satisfy their lust was relevant.

However, the accused cannot be held guilty if he had actually intended to marry but could not do so due of factors that were beyond his control. For the constitution of rape on pretext of false marriage as offence, the accused has to have no intention or inclination to marry the victim ab initio. In Pramod Suryabhan Pawar v. State of Maharashtra, [2019] 9 SCC 608, it was laid down that where the promise to marry was false and the maker intended to deceive the woman and convince her to engage in sexual activity and never had any intention to adhere to the promise, the consent given by the women would be vitiated. For the establishment that the marriage promise was false, the marker should have no intention to keep the promise.

In Deepak Gulati v State of Haryana, [2013] 7 SCC 675 : (2013) 3 SCC (Cri) 660, the distinction between mere breach of a promise, and not fulfilling a false promise was observed. It was stated that adequate evidences were required to be present that showed that the accused had no intention of keeping the promise of marrying the victim ab initio. The circumstances where the person had the best of intentions, however, was unable to marry the victim owing to various unavoidable circumstances criminal liability would not be placed on the person. Therefore, it was held that the failure to keep a promise due to future uncertainty did not always amount to the misconception of fact.

RELEVANCE OF TRAITS POSSESSED BY VICTIMS

Another factor relevant to determine the culpability of the accused in cases of rape on the pretext of marriage is the age, education, and social background of the victim. A woman's age, educational and status enable her to comprehend the implications of indulging in sexual activities before marriage and provide the justification for the accused's actions. A major and educated woman who is either studying or pursuing a career is not considered vulnerable to rape on pretext of false promise of marriage under the law. Additionally, special circumstances are required to be proven, to hold that such offence was committed against her.

Before determining guilt, the social backgrounds of the victims and the accused are also considered. If the partners belonged to different religions or castes, it is presumed that the victim was aware of the improbability of their marriage at the time of consenting to the sexual act. In Uday v State of Karnataka,[2003] 4 SCC 46 : 2003 SCC (Cri) 775, it was observed that the victim had prior knowledge that her marriage with the accused would be difficult and would meet stringent opposition from their families due to the difference in the caste they both belonged to. The Court had, thus, acquitted the accused of the charges.

In Prashant Bharti v. State of NCT of Delhi, (2013) 9 SCC 293, it was held that the age of the victim was required to be considered and her level of intelligence and her capacity to consent the sexual activity with the belief in the promise of marriage should be determined while evaluating the issue of consent.

In Radhakrishan Meena v. State Of Rajasthan, Through P.P,[2022] CRMLP No. 4952 of 2020, the High Court had observed that a married and educated women were considered to have the knowledge of the consequences of having sexual intercourse with a man when the marriage was yet to be solemnized. In such cases, recorded materials were required to prove that she was induced to such an extent that she had to consent to the sexual activity on the pretext of false marriage promise. On the other hand, if an illiterate woman consents to sexual intercourse based on the promise of marriage, it would simply be held that the consent was obtained by fraud.

With the acceptanceof live-in relationships and a seemingly liberal attitude towards the premarital sex, there is a requirement for a broader approach these cases. The statutory provisions are required interpreted in wider sense while determining the culpability of the accused. There are conditions where the accused can avail for defence under cases of rape of the pretext of false marriage promise.

It is established law that the consent will be vitiated if the consent of the women engaged in sexual activity is on the pretext of a false marriage promise.However, as stated in Udday v State of Karnataka, there is no strait jacket formula to determine whether the consent of the victim to sexual activity was given under a misconception of fact. Therefore, the Court has to consider the evidence and the surrounding circumstances to reach the conclusion.

Nowadays with the emergence of the live-in relationship and acceptance of pre-marital sex, the consensual sex has also turned into false dishonest complaints of rape. It is evident from the facts that the number of rapes cases on the pretext of false marriage cases have increased whereas the rates conviction in such cases have lowered.

The existing statute's substantive rape law are inadequate in dealing with the cases of rape-by-deception, and much is left to the judiciary to decide, based on the facts and circumstances of each case. Upgradation is required which would cover all the forms of deception where the consent is achieved with mala fide.On the other hand, it should be noted that, if the law does not incriminate the accused who had lured the victim into engagement in sexual intercourse on the pretext of false marriage, many innocent girls will be oppressed.

Category Others, Other Articles by - Barsha