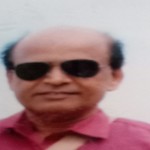 Farm Laws: Both parties to be blamed for the Impasse


EVEN AFTER eleven rounds of meeting between the Union Government (government for short) and the Farmers Associations (Associations), no light is seen at the end of the tunnel.

Both parties continue to show their recalcitrant attitude over the issue.  While the Associations continue to harp  ‘no dialogue without repealing the said three laws’ the government  says that the three laws cannot be repealed is is prepared to discuss the issue clause-by-clause.

The three laws that are newly passed are :

1.The Farmers Produce Trade and Commerce (Promotion and Facilitation) Act, 2020

2 The Farmers (Empowerment Agreement on Price Assurance and Farm  Services Act, 2020  and

It may not be out of place to mention here that  above the Acts are only the  Central Acts.  Each state is empowered to enact its own Act with  Rules as the subject comes under the state list of our Constitution.  Surprisingly, neither the Union Government nor the state government have made it clear through the media and are thus responsible for the protracted delay in solving the problem.

Nothing comes out of each meeting except 'failure of talks and the talks would continue to arrive at a consensus'.

In this context, the Hon’ble Supreme Court has rightly advised the Farmers Associations to take the assistance of experts to resolve the issue.

On going through the Gazette of India notification dated 27.9.2020 one can find the following sections of Farmers (Empowerment and Protection) Agreement on Price Assurance and Farm Services Act, 2020 as highly contentious:

Section 18 reads as "No suit, prosecution or other legal proceeding shall lie against the Central Government, the State Government, the Registration Authority, the Sub-Divisional Authority, the Appellate Authority or any other person for anything which is in good faith done or intended to be done under the provisions of this Act or any rule made thereunder".

Section 19 says that "No civil court shall have jurisdiction to entertain any suit or proceedings in respect of any dispute which the Sub-Divisional Authority (SDA) or the Appellate Authority is empowered by or under this Act to decide and no injunction shall be granted by any court or other authority in respect of any action taken or to be taken in pursuance of any power conferred by or under this Act or any rules made thereunder".

The attempt to bail out the entire executive of both Central/state government, including the SDA/Appellate Authority from the purview of the judiciary is highly intriguing.   In other words the 'dispute settlement'  cannot go beyond  level of executive to the judiciary at all, while the actions of the executive like the Tahasildar/Commissioner can be challenged at present.

Unfortunately, in our country,  executive armed with quasi judicial powers has never proved to be  reliable and is more often been identified with powers that be and injustice. Reason, no accountability because of transferability of their jobs.  Hence, the system of arming the executive with 'quasi judicial' should be taken out and entire judicial powers should be with the judiciary only.

Instead, Agriculture Tribunals could be set up with High Courts  being the next appellate authorities.

Some of the other contentious issues are the roles of the Agricultural Produce Market Committee( APMCs), corporates/private agencies and the Minimum Support Price (MSP).

While the government says that APMCs were there, are there and will be there,  the Associations need not have any apprehensions about it.  Where as surprisingly, the Minimum Support Price (MSP) does not find a place in the whole of the said three laws.

The government can allay the fears of the Association by giving  it in writing also that the APMCs and  MSP will continue.  The government can even go a step further, as a good will gesture  by saying any attempt by any agency, to buy the agriculture produce below the MSP would invite prosecution.  In fact, instances of corporates buying the produce more than the MSP has been reported which is a welcome sign.

The  so-called sponsors/private agencies flock to the villages around, during  the sowing season,  endear themselves  with the farmers and offer them money to enable them to buy seeds/manure/pesticides etc, with the only one condition that they have to sell their produce to them only so that they can recover their money lent with interest.  Taking no chance, such sponsors/private agencies come to the fields directly, once the harvesting is over,  by tractors/ lorries, settle the account with the farmers on the spot and pick produce directly from the field itself.

Once the agricultural produce starts flooding the market , the need of cold storages arises.It is here, the role of corporates arise, as the government alone cannot invest in building the cold storages, throughout the country which involves investment of several lakh crores of rupees to maintain the chain of demand and supply throughout the year without any interruption.

The corporates also need to be regulated in such a way that they should not  resort hoarding and black marketing.

The Associations also need to understand that their intimidative tactics have already earned wrath of the people rather than sympathy.  Also, the duly elected government has other priority jobs  like handling unforeseen contigencies like famine/floods/cyclones/safeguarding the frontiers of the nation etc.  Early the Farmers Associations understand this better.

In a democratic set up like ours, it ultimately boils down to a successful balancing of Public Private Participation (PPP).