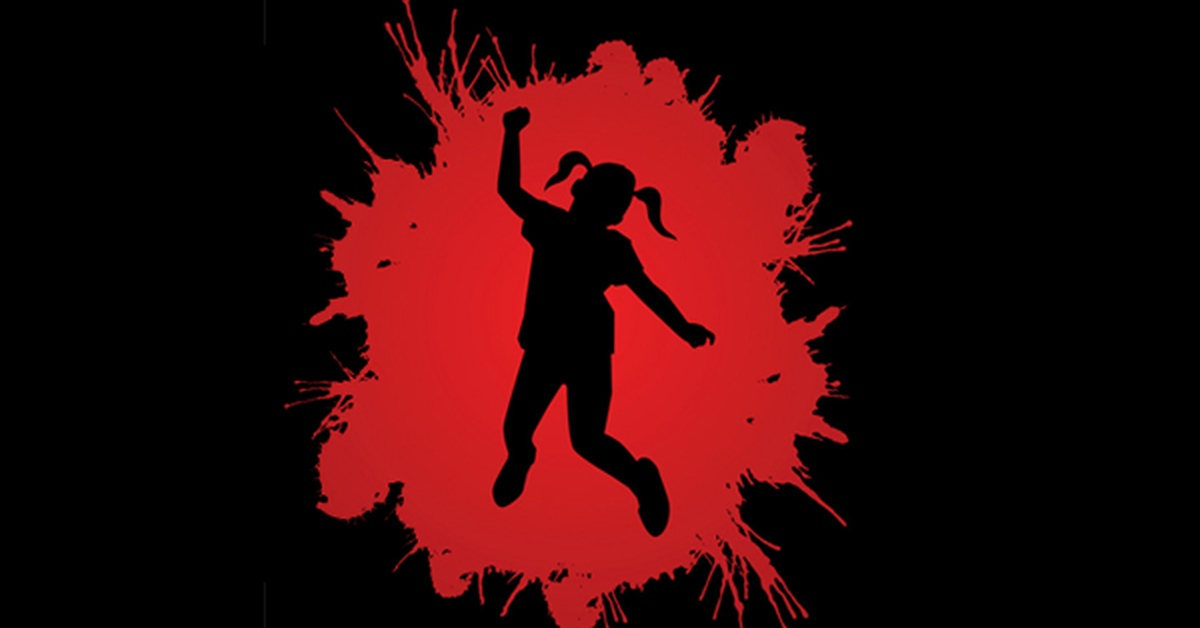 Why can't review petition, curative petition, mercy petition be disposed of within a definite time frame? Who are the legal giants in Supreme Court and in legal profession who don't want this to happen? Who are the law makers in Parliament who don't want this to happen? Should a small coterie of vested elements be allowed to hold the whole criminal justice system of our nation to ransom?

Why can't the 'discretion bomb' in the form of 'may' be totally removed from IPC in Sections pertaining to rape to award mandatory death penalty especially for gang rape and rape of minors as was underscored also by none other than the President of India – Ram Nath Kovind? Why are our law makers totally insensitive on this count? Why some law makers inspite of facing rape charges are allowed to continue as MP and MLAs? Why should they not be debarred till they are finally exonerated? Why no strict parameters are framed for them even though for becoming a Judge or IAS or any other government service there are similar strict parameters? Our law makers need to work upon it now as it is high time!

None other than the Supreme Court itself had itself said in an order recently on December 18, 2018 that it is 'time to take stock' if the Nirbhaya case is the best the country's law enforcement and judiciary could do to bring the guilty to justice for crimes committed against women. A Bench led by CJI Sharad A Bobde had said that there was no let down in the atrocities against women. The latest data from National Crime Records Bureau shows 32,559 rape cases were registered in 2017 alone. In the 18-page order, the Apex Court said that the rising crime graph was despite sweeping amendments made to criminal law, especially anti-rape laws, in 2013 and 2018. It acknowledged that, 'Delay in recent times has created agitation, anxiety and unrest in the minds of the people.'

Needless to say, the Bench of Apex Court also comprising of Justice BR Gavai and Justice Surya Kant further observed that, 'The Nirbhaya case is not an isolated case where it has taken so long to reach a finality. In fact, it is said that it has been one of the cases where agencies have acted swiftly taking into account the public outrage…We are, therefore, of the view that it is necessary to take stock of the implementations of provisions of criminal law, including amendments relating to rape cases and other sexual offences.' It is good to see that even the top court now felt it necessary to take stock of the rapid increase in cases of crime against women and girl child.

Coming back to this latest case, the Gujarat High Court has in Anil Surendra Singh Yadav Vs State of Gujarat in R/Criminal Appeal No. 1973 of 2019 with R/Criminal Confirmation Case No. 2 of 2019 delivered on December 27, 2019 has very rightly held that such crimes do not only reflect the abusive facet of human conduct but also shock the collective conscience of the society. There has to be zero tolerance for such horrifying crimes where a minor is first raped and then killed! No wonder, the Gujarat High Court too has very rightly confirmed the death sentence awarded to a man accused of rape and murder of a three and a half year girl!

To start with, we see that this latest, landmark and extremely laudable judgment authored by Justice Bela M Trivedi and Justice AC Rao sets the ball rolling by first and foremost pointing out in para 1 that, 'Both the proceedings arise out of the self-same judgment and order dated 31.7.2019 passed by the Additional Sessions Judge and Special Judge (POCSO), Surat (hereinafter referred to as 'the Special Court) in Special POCSO Case No. 223 of 2018, whereby the Special Court has convicted the appellant-accused for the offence under Sections 302, 363, 366, 376AB, 377 and 201 of IPC and under Sections 3(a), 4, 5(a), 5(r) and 6 of the Protection of Children from Sexual Offences Act, 2012 (hereinafter referred to as 'the POCSO Act'), and has sentenced him to death penalty for the offence under Sections 302, 376AB of IPC and has awarded different punishments of different durations and directed to make payment of fine for the said offences. The Special Court has acquitted the accused for the offences under the Atrocities Act. The Special Court has not imposed separate punishment for the offence under Sections 3, 4, 5(a), 5(r) and 6 in view of Section 42 of POCSO Act. The appellant-accused has preferred the appeal under Section 374 of Cr.P.C., against the said judgment and order of the conviction and sentence, which has been registered as Criminal Appeal No. 1973 of 2019, whereas the Special Court has submitted the proceedings to the High Court for confirmation of sentence of death penalty imposed by it in view of Section 366 and Section 368 of Cr.P.C., which has been registered as Confirmation Case No. 2 of 2019.'

To recapitulate, the case of the prosecution is then described in detail in para 2 wherein it is stated that, 'The case as unfolded by the prosecution before the Special Court was that the appellant/accused was residing in a room situated on the ground floor of the house owned by one Shyam Narayan Pandey, situated on the plot No. 44 at Someshwar Work Society, Surat, and the complainant was staying along with his family on the 1st floor of the said house as the tenant. The appellant on 14.10.2018 between 20.00 to 20.30 hours kidnapped the minor daughter (hereinafter referred to as 'the victim') aged about 3 years 6 months of the complainant Narayan Uttam Umale, who belonged to the Scheduled Caste. The appellant thereafter took the victim to his room and committed rape on her and killed her by throttling. The appellant thereafter with the intention to destroy the evidence put the body of the victim in a gunny bag in his room. He thereafter locked his room from outside and fled away. The complainant fervently searched his daughter in the society, but she was not found and therefore, he lodged a complaint at Limbayat Police Station, Surat on 15.10.2018 at about 1.15 hours, which was registered as CR-I No. 209 of 2018 at the said police station. The Investigating Officer thereafter made inquiry and search at the said society. Since the room of the accused was found locked, he broke open the lock of the said room in presence of the panch witnesses, from where the corpse of the victim was found in a gunny bag in a decayed and decomposed condition. The complaint thereafter was registered for the offences under Sections 302, 363, 366, 376AB, 377 and 201 of IPC and under Sections 3(A), 4, 5(a), 5(r) and 6 of the POCSO Act and under Section 3(2) (5), Section (3)(2) (5-A) of the Scheduled Caste and Scheduled Tribes (Prevention of Atrocity) Act (hereinafter referred to as 'the Atrocity Act'). The case was investigated by the Investigating Officers at Surat as well as at the native place of the accused at Bihar. After collecting sufficient evidence against the accused, the charge-sheet was filed by the ACP Mr. Parmar before the Special Court, which was registered as Special POCSO Case No. 223 of 2018.'

To put it succinctly, it is then very rightly held in para 51 after analyzing the whole case that, 'In the instant case, if the Court has to draw a balance-sheet of the aggravating circumstances and mitigating circumstances to strike a just balance as propounded by the Supreme Court, the Court is of the opinion that the scale of justice tilts against the appellant/accused. The aggravating circumstances proved beyond reasonable doubt like the acts of the accused in kidnapping a young girl of 3 ½ years, committing rape on her in her absolutely helpless and unprotected condition, and then murdering her in a brutal manner by strangulating her and then putting her in a gunny bag, fleeing away to his native place at Bihar, leaving the dead body in the locked house to decay and decompose, with no repentance or remorse after the commission of crime overweigh the mitigating circumstances like no criminal antecedents of the accused or no evidence to suggest that he cannot be reformed. The plea that the case being based on circumstantial evidence be treated as a mitigating circumstance is also unsustainable, when the Court has found that the prosecution by it is unimpeachable, trustworthy, cogent and credible evidence has proved the guilt of the accused beyond reasonable doubt.'

Most significantly, it is then further most rightly held in para 52 that, 'The abhorrent and atrocious nature of crime committed by the appellant/accused in diabolical manner, on the defenseless unprotected girl of 3 ½ years, without any remorse, has left the Court with no option but to consider the case as the 'rarest of rare case' for awarding the punishment of death penalty. Such crimes do not only reflect the abusive facet of human conduct but also shock collective conscience of the society. The latest legislative wisdom shown by the legislature by amending Section 6 of the POCSO Act and by incorporating the punishment of death penalty for the offence of 'aggravated penetrative sexual assault' on the child below 12 years reinforces the desirability of the capital punishment for the heinous crimes. Of course, the said amendment has been carried out recently and could not be made applicable to the present case, as the offence was committed prior to the amendment. Nonetheless, considering the rising crime rate particularly of the heinous nature of crimes against the young girls, and in response to the society's cry for justice against the criminals and to have deterrence in the society, the culpability of the appellant/accused deserves to be awarded extreme penalty. The Court, therefore, is of the opinion that the death penalty awarded to the accused by the Special Court deserves to be confirmed.'

As a consequence, what follows finally is stated in para 53 that, 'In that view of the matter the judgment and order dated 31.7.2019 passed by the Additional Sessions Judge and Special Judge (POCSO), Surat in Special POCSO Case No. 223 of 2018 of conviction for the offence under Section 363, 376AB, 377, 302 and 201 of IPC and under Section 3(a), 4, 5® and 6 of the POCSO Act, and of the sentence of death penalty for the offence under Section 302 and 376AB of IPC is confirmed. The other punishments imposed by the Special Court for the other offences are also confirmed. The appeal being Criminal Appeal No. 1973 of 2019 stands dismissed. The Confirmation Case No. 2 of 2019 stands disposed of accordingly.'

It is high time and now our law makers must wake up from their deepest slumber and do the dire needful to check the growing incidents of rape of minors followed by brutal murder! The 'rarest of rare' doctrine must be kicked out in such cases of ghastly crimes against minor girls! There should be no 'may' and there should be no 'or'!

Published in Others
Views : 565