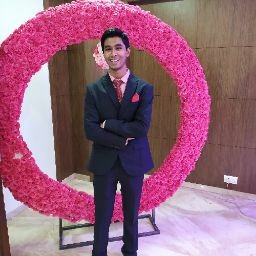 India is a country that has many different religions. People belonging to different communities come together and live together. People from all religions; Hindu, Muslim, Sikh, Christian, Jews etc live in India in harmony. Or rather they lived in harmony till the CAA bill was passed and then communal riots have begun in our country.

According to the Oxford Dictionary communalism means “a strong sense of belonging to a particular community, especially a religious community, that can lead to extreme behaviour or violence towards others”. If communalism is love for one’s religion and hate for all others, then communal riots are that hatred showing itself. It is said that if there is an aggressive attitude of one community towards another then it will create clashes between the two communities and eventually a riot will break out. But such is not the case in our country, as one unfair legislation is the reason for all discontent and rage of many. The Citizenship Amendment Act gives illegal migrants from Pakistan, Bangladesh and Afghanistan for people of Hindu, Sikh, Buddhist, Jain, Parsi and Christian religions if they came to India on or before 31st December 2014 valid citizenship. This Act does not give allow such migration by people of the Muslim faith on the pretext that the above-mentioned countries don’t illtreat Muslims while the other religions are prosecuted. This unfair Act gave rise to discontent in the Muslim community and there were nation-wide protests against this new Act. There were shootings in these protests, and it was theorized by many that these will eventually blow out to be full blown riots. On 23rd February 2020 the riots began in North East Delhi’s Jaffrabad in which 49 people were killed and more than 200 people were injured.

Discontent though may be justified but rioting is not, and therefore it is punishable in India. Section 146 of The Indian Penal Code 1860 states that “Whenever force or violence is used by an unlawful assembly, or by any member thereof, in prosecution of the common object of such assembly, every member of such assembly is guilty of the offence of rioting.” Section 147 of The Indian Penal Code 1860 gives the punishment of rioting with imprisonment of a term which may extend to two years or fine or both. If any of the rioters were rioting with deadly weapons then they come under the purview of section 148 of The Indian Penal Code 1860 which states that anyone who riots with anything which can be used as a weapon and is likely to cause death of another person is rioting armed with deadly weapons. The punishment for this crime is imprisonment up to three years or fine or both. It must be stated that a large gathering of people is not rioting but rather it’s a lawful assembly which every protest is. Only when a fight breaks out in the peaceful assembly and the crowd becomes an angry mob and starts hurting individuals and/or property it becomes a riot. Any person near the riots is not necessarily a rioter himself, he may be a mere spectator and a valuable source of evidence as a eyewitness but not a rioter as he did not partake in any violence.

It is stated by the State Minorities Panel Report that 2,000 outsiders had occupied two schools to carry out the Delhi Riots. The two schools in question share a wall. It was stated that the school roofs were used to throw petrol bombs via catapults. The school’s furniture was burnt. This is just one of the reports which we have heard, there are many others like this one. Stories of people burning each other’s houses, attacking others with hatchets etc. Most of them might just be rumours but they the possibility of them being real makes people shudder with fear and concern about the future of their children, country and their self. There were even rumours of areas being attacked which were absolutely untouched circulating to cause fear among the masses.

There are many ways to stop riots like using force to crush any resistance but that will only ensure further violence. Another way would be to pacify the masses temporarily, but that will only keep them happy for a short period of time before they explode with rage and violence again. The best way to stop any rioting is to give the masses what they want, but there lies the real problem, if the government was to give the masses what they want then this change they created would come to be meaningless which they don’t want and hence the struggle between law makers and the ones who face the law. The best way to stop violence altogether in this case would be to revoke the unpopular Citizenship Amendment Act. This will bring joy to every rioter and those who just wanted to create chaos would not be able to do so anymore as the reason to create trouble is gone. But therein lies the problem, the government which created this law with so many difficulties would not want to just throw it away for temporarily pleasing the people, who will eventually find yet another reason for discontent. Right now, the Act can be amended yet again just to put Muslim migrants on the list of migrants that the country will give refuge to. While they are at it, they should also add Jews to the list, this way they will be able to please all communities in India. Or perhaps they can remove this religious garb of this Act and make it secular, saying that all migrants are welcome in India regardless of caste, colour, creed or religion, showing India to be the secular country it is!

Perhaps our country is not so secular anymore, with all the communal riots, religious biased acts, religious prosecution and hate speeches targeted towards specific religions. These riots should be used as a wake up call for the entire nation and stop any anti-secular action, be it in speeches or in laws, it all must be secular, just the way our forefathers wanted it to be, made it to be, fought for it to be. Right now, the country must ensure that these communal riots never happen again and for those, the nation must collectively hold hands and work together. Education is very important in these situations. The lack of education makes a person think less for themselves and believe more in what others say and hence get swayed easily into doing things like forming mobs and whatnot. Another important thing to note is that when one person does something bad it gives encouragement to others to do the same bad thing. Eventually, it may even force good people to act in a way that it should not. These elements in society must be purged. Hate speeches or speeches that speak ill of any particular religion should be dealt with strictly as they probably just don’t want to create communal hatred but are being successful in doing so little by little every time, they went out to project their communal views. People eventually believe anything if it has been told to them enough times. These people need to be punished under section 153A of The Indian Penal Code 1860: “Promoting enmity between different groups on grounds of religion, race, place of birth, residence, language, etc., and doing acts prejudicial to maintenance of harmony”. Perhaps then and only then will our country move forward into a more secular state and perhaps one day the shackles of religion which make people look at each other with enmity will disappear and India will be truly free and secular!