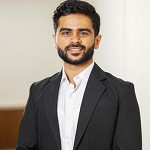 The term 'Boilerplate' refers to the standard form of langauage in contracts. These are typical clauses that are contained in the latter part of the contractual agreement because they help in the enforcement of the agreements. Not all the boilerplate clauses are appropritae for all the types of agreement and it is important that person who drafts the contract has a good understanding of clauses's usgae. They are usually dumped at the end of the agreeement under a tiltle such as 'Miscellaneous', 'General' or 'Standard' for enforceability of agreement.

According to Black's Law Dictionary, Boilerplate is a langauage which is used commonly in documents having same meaning; used to describe the standard langauage in a legal document that is identical in instruments of like nature.

An Assignment of contract occurs when one party to an existing contract hands off contract's obligation, benefits or rights to the third party. An assignment clause relates to assignment by the parties to the contract of their rights, benefits and obligation under the contract to a third party. According to Black's Law Dictionary, 'Assignment' is the act by which one person transfers to another, or causes to vest in that other, the whole right, interest, or property which he has in any reality or personality, in possession or in action, or any share, interest, or subsidiary estate therein.

Early Common Law courts considered contract rights to be personal and intangible. Because the rights were personal, courts held them to be non-assignable, denying all persons other than original contract parties. The Principle of non-assignment created a problem in the early common courts. The priciple unduly hampered commerce because parties could not turn contract rights into cash. Example: Suppose 'X' sells his cattle to 'Y' for $500 and agreed that 'Y' can pay him the amount at later date. Now let us assume that 'X' requires money before the payment date. In today's commercial world 'X' would assign his $500 account to the credit bank, receiving in exchange a discounted amount, say $450. Unfortunately under the common law, the assignment of $500 account receivable was a personal right which could not be assigned.

Under the common law, the contractual rights being 'chose or things in action' (personal rights to property which can only be claimed by legal action & not by physical possession) as opposed to 'chose or things in possession' (things in one's actual possession) were not assignable without the consent of both contracting parties. It was subject to 2 exceptions: (i) the benefit of a contrtact could be assigned to or by the crown; (ii) the holder of a bill of exchange could assign it by the law merchant. Example: The money which a person has in wallet is a chose in possession whereas the money which a debtor owes to him is a chose in action.

Later by the begining of 18th century, Courts of Equity recognised the validity of assignment of a contract. Gradually, the principle that contract rights are assignable became universally accepted. The general rule today is that all contract rights are assignable with limited exceptions such as courts will not recognise assignment that affect public policy or law etc.

The origin of the Assignment clause in the contract can be traced into a case of "Raja Kamala Ranjan Roy V. Bajinath Bajoria (SC-1950)". In this case the said premises were given on a lease to the lessee and later the unexpired residue of the lease was given to the defendant, which defendant in his turn transferred it to the plaintiff without the consent of the lessor. Supreme Court held that the demised premises or any part thereof cannot be assigned without without first obtaining the written consent of the lessor, such consent, however, not be unreasonably  withheld in the case respectable or responsible person.

In Shyam Singh V. Darayo Singh(dead) by L.Rs & Ors., Supreme Court held that unless the contents of the document in question and evidence in relation thereto are so clear to infer a prohibition against assignment or transfer, the right of repurchase has to be held to be assignable or transferable and cannot be treated as personal to the contracting parties.

The current status of Assignment clause in a contract can be traced in 'U.P. State Industrial Dev. Corp. Ltd V. Monsanto Manufactures (P) Ltd.(Jan-2015). In this case appellant-corporation had made an allegation that the respondent company shareholders transferred their company/ their shares to a new shareholder without the consent of appellant corporation. Supreme Court held that the transfer of shares of a company to anew shareholders wihtout the consent of the appellant amounted to 'Assignment' to the other party and the companies were held responsible to violate clause 4(h) of the agreement  which talks about assignment and to pay transfer fee for alleged transfer of his own interest.

This clause always requires careful review. It is trying to do two things. Firstly, it is an attempt to regulate the transfer/assignment of the agreement to a third party. Secondly, it is seeking to prevent a party assigning its obligation to the third party. In drafting an assignment clause, the scope of the provision should be carefully considered. The clause may provide that assignment is only available with prior written consent of the other party and it may further add that consent is not to be unreasonably withheld. Factors indicating an unreasonable assignment could include the financial worth, experience or reputation of the proposed assignee. For clarity, the parties may wish to expressly define what constitutes 'unreasonable'.