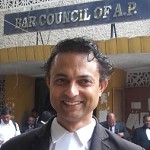 Arbitration and conciliation act, 1996 versus prior enactments

4. The Act of 1996 enables the arbitration tribunal to pass orders for interim relief whereas such powers of ad interim measures did not exist under the Act of 1940.

6. Under the Act of 1996, an award itself is deemed executable as a decree vide Sec. § 36 of the said Act, whereas, under the Act of 1940, the award was required to be merged into a decree of the Court and therefore was not per se enforceable.

Anil comes with a Consulting Background in the area of Business, Technology and Project Management. This Article is a humble effort to the aforementioned domains by making a foray into Legal Research. The Author may be reached via anil [at] Satyagraha [dot] com