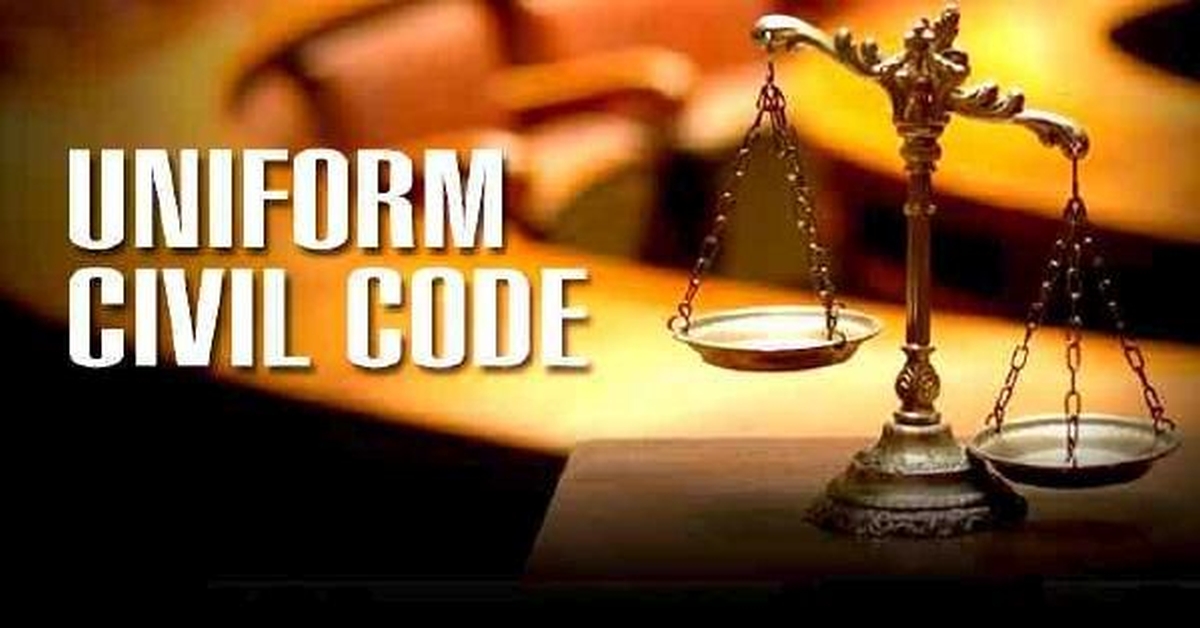 The essence of law should be neither guarantee any privileges to any individual or a group of individual nor discriminate them. Article 14 of the Indian Constitution provides us equality before law which means everyone shall be treated equally regardless of gender, race, caste, religion, place of birth. For establishing the true equality various governments have tried to enforce the Uniform Civil Code. This is because the Uniform Civil Code is all about secularism and equality. The Preamble of the Indian Constitution talks about the secularism and Article 15 provides provisions regarding existence of equality in the country. Secularism can be defined as a concept in which all religions must be treated equally and the state must not have any particular religion. The laws that govern the state and its citizen should not be affected by the personal law of any religion. Article 44 under Directive Principle of State Policy suggested, “The state shall endeavor to secure for the citizens a Uniform Civil Code through the territory of India” which directs the subsequent governments to enforce a Uniform Civil Code.

Every society has a dominant culture, usually with religious roots. Hinduism is the dominant religion in India, where Hindus form about 84% of the total population. With 42nd Amendment of constitution of India new concept of a secular nation was inserted in its Preamble. India does not have an official state religion and the laws implicitly require the state and its institutions to recognize and accept all the religions, laws, and respect pluralism. Secularism is a divisive, politically charged topic in India. Secularism practiced in India is different from the western practice which makes it a controversial topic in India. The supporters of Indian concept of secularism claim that it recognizes Muslim religion and accept that they are culturally different from Indians of other religion. It also respects a Muslim person’s religious rights. Any attempt to enforce a Uniform Civil Code that is every citizen irrespective of his or her religion should be governed by equal laws which would impose majoritarian hindu sensibilities and ideals, something that is unacceptable to Muslim Indians. While the opponents of Indian concept of secularism argue that India’s acceptance of sharia and religion laws violates the principle of equal human rights, discriminates against Muslim women, allows unelected religious personalities to interpret religious laws, and creases plurality of unequal citizenship; they suggest India should move towards separating religion and state. The case of Mary Roy v. The State of Kerala[1],  reveals the massive personal cost faced as a result of deeply entrenched religious beliefs.

Debate on secularism India was brought up by the Shah Bano case[2] with a demand of Uniform Civil Code in India. Shah Bano was a Muslim woman divorced by her husband in 1978. Shah Bano sued for regular maintenance payments under section 125 of Criminal Procedure Code 1978. Shah Bano won her case as well appeals to highest court. Indian Muslim Personal law provides no alimony to ex-wife. On this along with the alimony, the Chief Justice of Supreme Court of India wrote in his opinion about how necessary it was for the nation to adopt a Uniform Civil Code describing how unfairly women were treated by Islamic Law. This ruling lead to a mass demonstration and contrary by Muslim men. And after this ruling of Supreme Court a new law was enacted by Indian government with Rajiv Gandhi as Prime Minister which deprived all Muslim women of the right of maintenance guaranteed to women of Hindu, Christian, Parees, Jews and other religious. The new law which selectively exempts the Muslim men from maintenance payment to ex-wife is considered as secular by the Indian Muslims because it respects Muslim men’s religious rights and recognizes them as culturally different from men and women of other religions in India. Along with this there are various rights granted by Indian concept of secularism which are unfairly practiced such as child marriage, polygamy, unequal inheritance rights of women and men, extrajudicial unilateral divorce rights of Muslim men that are not allowed to a Muslim women. In a landmark case of  Sarla Mudgal, & others. v. Union of India[3], the Supreme Court laid down the principles against the practice of solemnizing second marriage by conversion to Islam, with first marriage not being dissolved and a need of Uniform Civil Code has been highlighted.

One of the basic character of our well drafted constitution is secularism and equality is the heart of our constitution. Although, lopsided policies of the successive governments widened the inequality, disparity and differences. But equality continues to be the aim of the constitutional governance. Indian constitution has recognized secularism through guaranteeing Article 14 i.e. Right To Equality before the law and Equal Protection of the law. It was supported by Article 15 which says State shall not discriminate against any citizen on the grounds only of religion, race, caste, sex, place of birth or any of them. Another declaration is Article 16 which talks about equality of opportunities in matters of public employment wherein discrimination based on religion was specifically prohibited. Article 19 extended to every citizen without any discrimination. All the important articles like Right to life (Article 21), Article 20 and 22 extents to all persons equally. Apart from these rights, Right to freedom of religion has been secured under Article 25 to 30. Indian is a Union Of State; it is neither Hindu Desh nor Union of Hindu State as per Constitution and we will not find the word “hindu” in the entire Constitution.Law of marriage and succession is called personal law because religion indicates community in personal matter. Even if the religious practices are different, people of all religion should be treated same. These practices are protected and recognized as distinct from others because these practices are part of language and culture. In a country like India where varieties of customs are recognized jurisprudentially as source of law, it is difficult to have a Universal Civil Code. In western state Secularism means strict separation of state from religion. The political authority can be exercised by a state over the territory but each individual is free to pursue his or her own religion and the right of the religion to shape own concept of Spirituality.  State  interfere in each and every affair in India and it is prescribed that each religion has to be treated equally. Hence in India Secularism does not mean separation of state from religion, here it means equal treatment. The Secular values of Indian Constitution was upheld by the Supreme Court on February 3, 1981, in Shah Bano Case by validating the required maintenance to ex-wives of Muslim under provision of Section 125 of Code Of Civil Procedure. In Ms. Jordan Diengdeh v. S,S, Chopra[4], Chinnappa Reddy, J. speaking for the court referred to the observations of Chandrachud, CJ Shah Bano Begum’s case and observed as under: ”It was just the other day that a Constitutional Bench of this court had to emphasize the urgency of infusing life into Article 44 of the constitution. Another secular ruling of Supreme Court recently is holding practice of Triple Talaq as unconstitutional because it breaches Article 14. A bill has been proposed by the Government to prohibit and criminalise triple talaq but this will not ensure equality among Muslim women and also women of all religion because “The Muslim Women ( Protection of rights of divorce) Act, 1986” nullified Secular ruling of Supreme Court which might give rise to two clases of Muslim women : 1) those divorced by triple talaq getting substantive maintenance, 2) Muslim women divorced by other method of divorce, under 1986 Shah Bano legislation. These two legislations will give a combined effect which will lead to no entitlement of maintenance by law to most of the Muslim women, and Muslim man would go to jail for triple talaq.

The Uniform Civil Code is the common set governing every citizen of India i.e., proposed to replace the personal laws based on the scriptures and customs of each major religious community in the country. Article 44 as a directive principle of state policy of Indian Constitution contains the provision for Uniform Civil Code. It will provide equal status to all its citizens and it will also promote the gender equality. All criminal laws and other civil laws (except personal laws) are same for all which makes all Indian citizens equal before the court of law. The same set of personal laws will be shared by all the citizens with the implementation of Uniform Civil Code. The scope of politicization of issues of the discrimination will diminish and no conclusion or special privileges will be enjoyed by the particular community on the basis of their particular religious personal laws. Although the test of implementing Uniform Civil Code is very tough because of diversity in India and also the minority communities perceived Uniform Civil Code as encroachment on their right to religious freedom. This task cannot be done by the judiciary only as said in the case of Maharshi Avadhesh v. Union Of India[5] where the Supreme Court has specifically declined to issue a writ directing the respondents to consider the question of enacting a Common Civil Code for all citizens of India holding that the issue raised being a matter of policy, it was for the legislature to take effective steps as the court cannot legislate. The true Secularism demands a Uniform Civil Code as law should be equal for all citizens because India is a Secular Democratic country, where no religious law can be above the constitution. We had accepted Uniform Criminal laws and we should be ready to accept Uniform Civil laws.