With the declaration of CBSE class 10th and 12th result and girls outshining boys again, our equally powerful population of women or I can say even more powerful women population have proved that they are behind none. Within the cheerful faces of those prodigies and their parents you can feel a concern which being a father of an eighteen months girl child I can feel, the concern is a question for all of us, that whether our girl will be safe in the new world she is going to enter, the professional world. This is really a serious question.

Last year #ME TOO movement took whole social media with storm, women from various professional sphere shared their experience of being sexually harassed by another male colleague at some point of time in their professional carrier. Serious allegation of sexual harassment were leveled against prominent figures like M.J.Akbar, Nana Patekar and many others, in this a new episode came in when on 20th of April some online portal published an affidavit filed by a former Supreme Court staff alleging that the Chief Justice of India had made unwelcome sexual advances at her and when she resisted, she was subjected to frequent transfers and was eventually dismissed. She further alleged that the CJI was persecuting her family as well, and had caused the suspension of her husband from service of Delhi police. This time it was really a serious allegation, the CJI denied the allegations and termed them as an attempt to “deactivate the judiciary”. CJI constituted an in-house panel of Justices S A Bobde, N V Ramana and Indira Banerjee to probe the allegations against him.

The complainant woman addressed a letter to Justice Bobde, expressing concerns about the procedure to be followed by the panel. She said that she had concerns whether the panel will be biased and objected to inclusion of Justice Ramana in it on the ground that he was a close friend of the CJI.

Following the apprehensions raised by the woman, Justice Ramana informed that he was rescued from the panel. Justice Indu Malhotra was appointed in his place. On April 30th the women making allegations, withdrew from the proceedings stating that the atmosphere of the in-house committee was "frightening". On 6th of May, A press release by the SC Secretary-General informed that the in-house panel has given clean chit to CJI Ranjan Gogoi in the matter.

As a legal professional, I closely observed and followed this whole incidence and finally got disappointed by the process of its outcome. I am neither making any comment whether the allegations made where true or not neither I consider myself qualified enough to do so. But I was expecting Hon'ble Supreme Court to follow its own ruling laid down way back in 1997 in the landmark judgment of Vishakha and others v State of Rajasthan.

On 13th of August 1997, Hon'ble Supreme Court of India delivered a land mark judgment paving a land stone in the history of Indian judicial system protecting especially the right of working women, famously known as Visakha judgment. Giving some specific guidelines to the institutions for making a safer environment for a working woman. The judgment of August 1997 given by a bench of J. S. Verma (then C.J.I), justice Sujata Manohar and justice B. N. Kirpal, provided the basic definitions of sexual harassment at the workplace and provided guidelines to deal with it. It is seen as a significant legal victory for women's groups in India. Before that on June 25, 1993 At the Fourth World Conference on Women in Beijing, the Government of India has also made a official commitment, inter alia, to formulate and operationalize a national policy on women which will continuously guide and inform action at every level and in every sector; to set up a Commission for Women's Rights to act as a public defender of women's human rights; to institutionalize a national level mechanism to monitor the implementation of the Platform for Action.

This detailed judgment apart from defining sexual harassment at workplace gave the detailed guidelines and the procedures to be followed For this purpose, as per this judgment sexual harassment was described as an act that includes such unwelcome sexually determined behavior (whether directly or by implication) as ,physical contact and advances, a demand or request for sexual favors, sexually colored remarks, showing pornography etc. the Bench found Such conduct can be humiliating and may constitute a health and safety problem for working women, it is discriminatory when the woman has reasonable grounds to believe that her objection would disadvantage her in connection with her employment, including recruiting or promotion, or when it creates a hostile working environment. Effective complaints procedures and remedies, including compensation, should be provided.

In the process of delivering this landmark, judgment supreme court laid following guidelines,

1. It make necessary and expedient for employers in workplaces as well as other responsible persons or institutions to observe certain guidelines to ensure the prevention of sexual harassment of women

b. In case where such conduct amounts to a specific offence under the Indian Penal Code or under any other law the employer shall initiate appropriate action in accordance with law by making a complaint with the appropriate authority. In particular, it should ensure that victims or witnesses are not victimized or discriminated against while dealing with complaints of sexual harassment. The victims of sexual harassment should have the option to seek transfer of the perpetrator or their own transfer.

c. Where such conduct amounts to misconduct in employment as defined by the relevant service rules, appropriate disciplinary action should be initiated by the employer in accordance with those rules.

Based on these guidelines, The Sexual Harassment of Women at Workplace (Prevention, Prohibition and Redressal) Act, 2013 was legislated by our parliament after 16 years of the delivery of this judgment. The Bill got the assent of the President on 23 April 2013 and came into force from 9 December 2013. Section 4 of this act also provided the provision for the constitution of the internal committee to make inquiry against the complaint made by the women. According to section 4 of 2013 act, The internal Committee shall consist of the following members to be nominated by the employer. Namely

(a) a Presiding officer:- who shall be the woman employed at a senior level at the workplace from amongst the employees

(b) not Jess than two Members from amongst employees preferably committed to the cause of women or who have had experience in social work or have legal knowledge;

Provided that at least one-half of the total Members so nominated shall be women.

In the Vishakha case, Hon'ble supreme court had stated

"The objectives and functions of the Judiciary include (a) to ensure that all persons are able to live securely under the Rule of Law; (b) to promote, within the proper limits of the judicial function, the observance and the attainment of human rights; and (c) to administer the law impartially among persons and between persons and the State."

But by not following the guidelines once laid down by them, Supreme Court gave opportunity to many fingers to get pointed towards their impartiality. 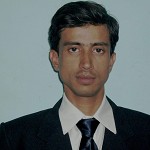