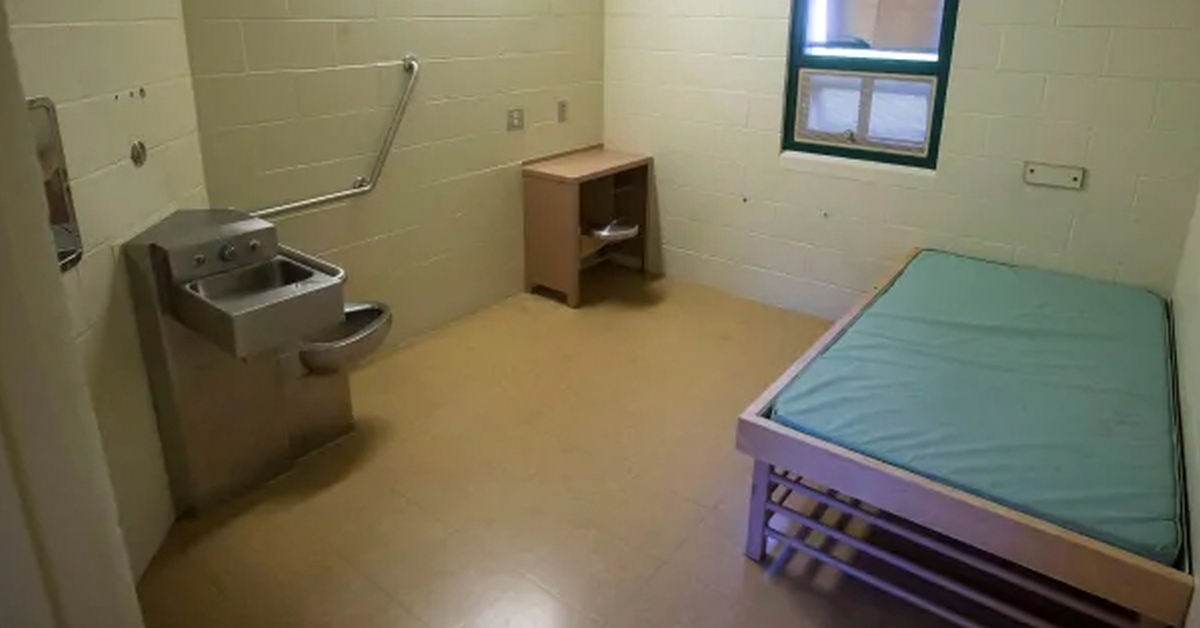 In its judgment of the case - Union of India & Others v. Dharam Pal, delivered on April 24, 2019, a 3-judge bench of the Supreme Court consisting of Justice N.V.Ramana, Justice Mohan M. Shantanagouder and Justice S. Abdul Nazeer, has declared that keeping an accused sentenced to death in solitary confinement prior to the disposal of mercy petition is per se illegal and amounts to separate and additional punishment not authorized by law.

The Supreme Court has noted the admitted position that the respondent death convict has undergone incarceration for a total period of over 25 years out of which 18 years were in solitary confinement throughout the period of deciding his mercy petition by the President, he was kept in solitary confinement in various jails, which is per se illegal and amounts to separate and additional punishment not authorized by law.

The sum and substance of Supreme Court Constitution Bench's judgment in the case - Sunil Batra v. Delhi Administration (1978) 4 SCC 494, is that even if the Sessions Court has sentenced the convict to death, subject to confirmation of the HC, or even if the appeal is filed before the HC and the Supreme Court against the imposition of death sentence and the same is pending, the convict cannot be said to be 'under sentence of death' till the mercy petition filed before the Governor or the President is rejected.

'90. It was, therefore, held in Sunil Batra's case that the solitary confinement, even if mollified and modified marginally, is not sanctioned by section 30 of the Prisons Act for prisoners 'under sentence of death'. ....'Even if this Court (Supreme Court ) has awarded capital sentence, it was held that section 30 does not cover him so long as his petition for mercy to the Governor/ or to the President permitted by the Constitution, has not been disposed of.

'Of course, once rejected by the Governor and the President, and on further application, there is no stay of execution by the authorities, the person is under sentence of death. During that interregnum, he attracts the custodial segregation specified in section 30(2), subject to the ameliorative meaning assigned to the provision. To be 'Under sentence of death' means 'to be under a finally executable death sentence'.

Thus, solitary confinement prior to the rejection of mercy petition, which has taken place in spite of various decisions of the SC to the contrary, is unfortunate and palpably illegal. In the present case, the respondent underwent such a long period of solitary confinement that too, prior to his mercy petition being rejected, thereby making it a formidable case for commuting his death sentence into life imprisonment, as rightly held by the Punjab & Haryana High Court.

The next main ground of challenge is the unexplained and inordinate delay indisposing the respondent's mercy petition by the President. Although the appellants tried to justify the delay citing various bona fide reasons, the same cannot be accepted as the prolonged delay in execution of a sentence of death has a dehumanizing effect and this has the constitutional Implication of depriving a person of his life in an unjust, unfair and unreasonable way so as to offend the fundamental right under Article 21 of the Constitution.

The HC placed apt reliance on the judgment of this Court in Shatrughan Chauhan's case for condemning the inordinate delay and thereby commuting the sentence of the respondent. The Supreme Court, in its 'Considered opinion', has pointed out that the HC examined the inordinate delay in disposing of the mercy petition in the right perspective to hold it illegal, and thereafter commuted the sentence to life imprisonment in the light of the principles of law laid down in the Shatrughan Chauhan's case.

These aspects, coupled with the fact that the authorities did not place the records regarding the acquittal of the respondent in the rape case before the President for consideration of the mercy petition has caused grave injustice and prejudice against the respondent. On receipt of a mercy petition, the Department concerned has call for all the records and materials connected with the conviction.

When the matter is placed before the President, it is incumbent on the part of the concerned authority to place all the materials such as judgments of the courts, as well as any other material connected with the conviction. In the present case, this Court while upholding the death sentence of the respondent and commuting the sentence of his brother to life imprisonment had placed reliance on the fact that the respondent was convicted in the rape case, and the five persons who he had killed later, were the family members of the prosecutrix of the rape case.

The fact that he was he was subsequently acquitted for that case has great bearing on the quantum of sentence that ought to be awarded to the respondent and the same should have been brought to notice of the President while deciding his mercy petition. Failure to do so has caused irreparable prejudice to the respondent.

This criminal appeal was filed by the State against the decision of the Punjab & Haryana HC, while allowing the civil writ petition 7436 of 2013 filed by the respondent Dharam Pal and commuted the death sentence awarded to him to life imprisonment. The respondent was tried and convicted under IPC sections 302 read with 34 for committing murder of five persons belonging to the same family.

In an earlier incident, the respondent Dharam Pal was convicted under sections 376/452 of the IPC by the Addl. Sessions Judge, Sonepat on May 5, 1997 and sentenced to suffer RI for 10 years. He was released on bail by the HC while admitting his appeal. However, on the intervening night of June 9 and June 10, 1993, around 3.30 am, the respondent accompanied by his brother Nirmal Singh committed the murder of 5 persons, who were the family members of the prosecutrix for whose rape the respondent was convicted.

The respondent and his brother were tried and convicted under sections 302/34 of the IPC. Death Reference was heard and affirmed by the HC on September 29, 1998. Appeal against this decision was partly allowed and death sentence to his brother Nirmal Singh was commuted into life imprisonment, but confirmed the death sentence to Dharam Pal on March 18, 1999.

The respondent's mercy petition under the Article 161 was rejected by the State Governor and thereafter the President was approached on November 2, 1999, under Article 72 for pardon through another mercy petition, which was rejected by the President on March 25, 2013 after an inordinate and unexplained delay of 13 years and 5 months and a date was fixed for his execution.

In the meantime, the respondent has filed an appeal against his conviction in rape case, which the HC allowed and acquitted him on November 19, 2003.It is under these circumstances his writ petition was allowed by the HC for commutation of death sentence into lifer with the observation that this is a case of violation of the fundamental right of the respondent. The Appellant-Govt. challenged this decision before the Supreme Court.

Summing up its decision, the Supreme Court has stated while disposing of the appeal, that it would be appropriate to direct the release of the respondent after completion of 35 years of actual imprisonment including the period already undergone by him.

Published in Others
Views : 242