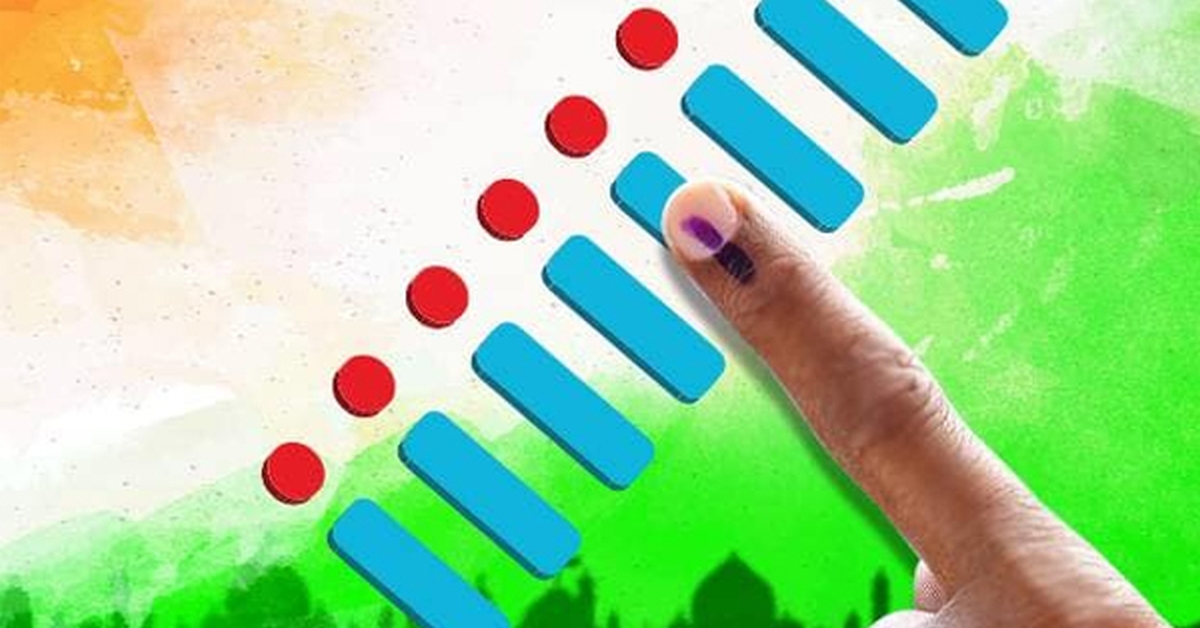 When Indira Gandhi nationalized banks it was declared in the night and known to the general public after day break. She was criticized for the clandestine way of doing the act. She retorted “Governments do not sleep in the nights.” It is true. Functions of government are all pervasive and demand attention round the clock and round the year. There is no respite.

On the other hand, the functions of the election commission are discrete and ephemeral. They are confined to one exclusive purpose, however important the purpose may be. The purpose is mentioned unambiguously in Art.324 of the constitution. It is specified as “The superintendence, direction and control of the preparation of the electoral rolls for and the conduct of all elections to parliament and to the legislature of every state and of elections to the offices of President and Vice-President held under the constitution…” All those functions are vested in the Commission called the Election Commission.

Art.144 of the constitution states that “All authorities, civil and judicial, in the territory of India shall act in aid of the Supreme Court.” Regarding the Public Service Commissions, after .describing their functions under Art 320, the Constitution gives powers to the parliament and to state legislatures to extend those functions by passing a law. But in the case of election commission there is no such provision in the constitution. That is, its functions are restricted to what is enumerated in Art 324, confined to superintendence, direction and conduct of elections. Even if it is not mentioned specifically as in the case of Supreme Court (under Art.144) it is implied that all civil and judicial authorities in the country shall act in aid of the election commission. Otherwise, the commission would be helpless. Because, the work involved is not continuous and not even periodical. In view of the effects of various provisions in the constitution the need to conduct elections arises at unspecified times. At that time the requirement of personnel is huge and after that it is minimal. It would be uneconomic to maintain all the personnel throughout the year as in the case of other departments of government. But there would be work in relation to maintenance of electoral rolls and attending to the various post-electoral litigations etc. That skeletal staff is maintained all the time. To meet the demand at the time of elections, the commission is empowered to seek the personnel from the various departments of governments and those governments should supply the staff without murmur. Having taken the personnel from the government it is the responsibility of the commission to train them and use them for various items of work to conduct elections smoothly and fairly. The Representation of People Act specifies qualifications and eligibility of persons to vote in and contest elections. It also states the organizational requirements for elections.

Organising elections is laborious and also important as it forms the basis for democracy. But apart from organizing, it is more important to provide for a balanced level field for contestants. Along with all the political parties, the party that is running the government also contests. They have the entire machinery of the government at their disposal and the human tendency is there to use it all for their benefit. It creates an unequal ground which vitiates the results of election. At the same time the right to propaganda and to influence voters cannot be denied at the time of election which is a fundamental right. It is necessary to ensure that the contestants with more resources do not get undue benefit. For this purpose the election commission has to exercise many more rights apart from what is contained in the various Acts. These rights are codified in the form of a Model Code of Conduct with consent of all the political parties extant. As it is not an act passed by legislature it has no legal force to punish deviations. Why is it not legalized? In fact such a suggestion was made to pass an act containing all the provisions of the Code.  The legal process takes a long time to solve any of the problems that are bound to arise in the course of conducting elections. But the entire process of election has to be completed within a maximum period of 45 days. The legal process would stand in the way to close the process. In fact, in the absence of such regulations, the earlier commissions felt helpless and were weak in control. The arrival of T.N.Seshan as the sole election commissioner changed the entire situation. It was realized the commission could snatch many powers in the name of the need to conduct elections properly and impartially even without specific legislation. The powers were derived from the necessity to discharge the functions entrusted by the constitution. It was then realized that such enormous powers shall not be allowed to be exercised by one single individual and the multimember commission was brought in for which provision is there in Art. 324 itself. Even then there was no direct authority to define the powers. Taking advantage of it, unlimited and undefined powers were being exercised by the commission at the time of elections. The contestants could not have an idea of rules under which they were contesting. The Model Code of Conduct was devised with consent of all to give an idea of what can be done and not done before the pollings are held.

One other factor to be controlled is the government itself. Each government is controlled by a political party. It is the right of a government to devise schemes for the welfare of the people. It is based on what they have done in power, that they approach people and seek their votes for their candidates. Other contestants know of it before they enter the contest. But the party in control of the government may announce any scheme to attract the people after the process of election commenced. Such opportunity is not available to other contestants. Thus it was felt necessary to give control over the government to the election commission. The accepted principle is that the government shall not do anything after the election process starts that would influence the electorate.

It is obvious that the government should go on with its functions discharging its responsibilities to the people. That cannot be stopped. At the same time they shall not be allowed to exercise any rights that may entice the voters or take undue advantage of the power and facilities at their disposal. It is necessary for the election commission to distinguish between what entices the electorate and what forms the basic function of governance. The government can go on doing anything that has no bearing on the benefits available to the voters as the government cannot be asked to sleep during the conduct of elections. Taking advantage of the absence of clear demarcation between the various functions of government, the commission used to assume right to control the functioning of the government. By preventing many of the government activities the commission feels its position safe. That created a conflict with the executive governments. There would not have been much of consternation if the entire process was confined to a brief period (of 45 days) as contemplated earlier. But this year 2019 the process extended over two and half months. No government could afford to remain idle for such a long time. In fact it is not necessary to be so strict after the polling is completed. The voters have exercised their franchise and there is nothing that can change their decision after that. The only process remaining is the security of voting machines and counting the votes on the prescribed date. The election commission is undoubtedly having the powers and means required for that purpose. Whatever the government does after the polls cannot affect the integrity of the voting that was already completed. The election commission could have declared that the relevant government could go on with their functions subject to that only condition. But it was not done. The party in opposition would naturally like to keep the government in a disabled condition. The commission started giving undue importance to the frivolous and motivated objections raised by the opposition and put restrictions on the government even when the steps taken by the government have no bearing on the election process. The government of the state of Andhra Pradesh was put to such inconvenience while the central and other state governments were allowed to act freely as if there is no code of conduct in force. This discrimination naturally caused heart burning and earned the commission the blame of partisan functions. The integrity and independence of the commission came under cloud.

A theory is propounded that the government could approach the commission for permission to do whatever they want to do. It is putting the cart before the horse. The government is the primary organization responsible for day to day administration while the election commission is of secondary and temporary importance. After the polling is completed the need for powers to the commission is also reduced. While allowing the government to function, the commission could point out if anything happens in derogation of the security of the voting machines or in the process of counting of votes, which would be of rare occurrence. The responsibilities of a government are multifarious and it would be ridiculous if they are told to get permission of the commission for everything they want to do. At present, in practice, it is the other way round. The tail is wagging the dog. This attitude must be condemned. It is the government that is more important. The election commission is an organization created for a specific purpose and its powers are restricted to what is necessary to discharge their one and only function.

Published in Others
Views : 181